Two hours away from New York City, give or take, depending on traffic, lies Long Beach Island, New Jersey.  New Yorkites in the know tell their friends on Friday, “I’m headed to the shore.”  Neophytes, like I was at one time, think of that one crazy show, but that’s not what Long Beach Island is about.  This shore is all about taking it easy, relaxing, having fun with the family, and the beach. 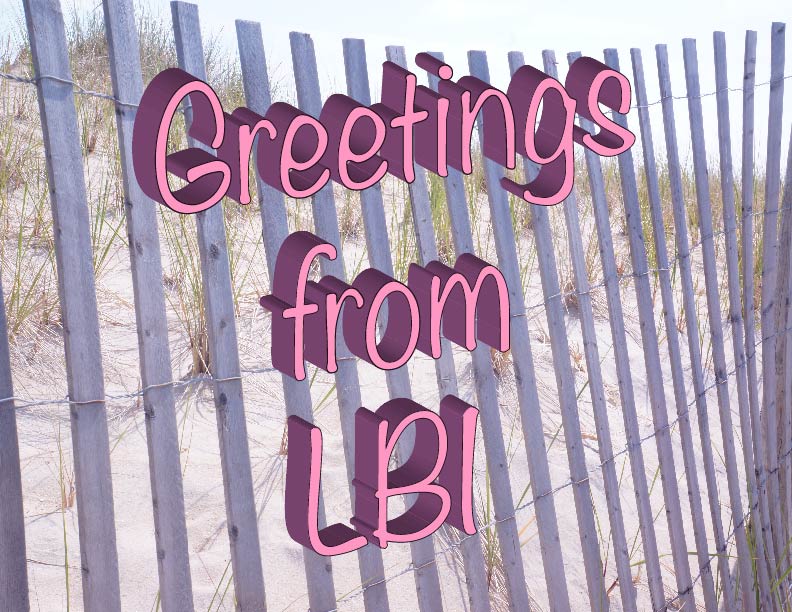 Let’s be honest, one of the biggest draws of going to the shore is the ocean.  Only one small problem; the water in July is not the warmest.  When I was there over the 4th of July the water temp was a cool 61 degrees.  Not like the trip to Hawaii in March where the water was perfect.  The water does get warmer in August, so that is the best time to plan on spending all day at the beach.  One thing you’ll need to make sure you get are beach passes.  You can buy them on the beach from the nice guys and gals walking around checking for them. 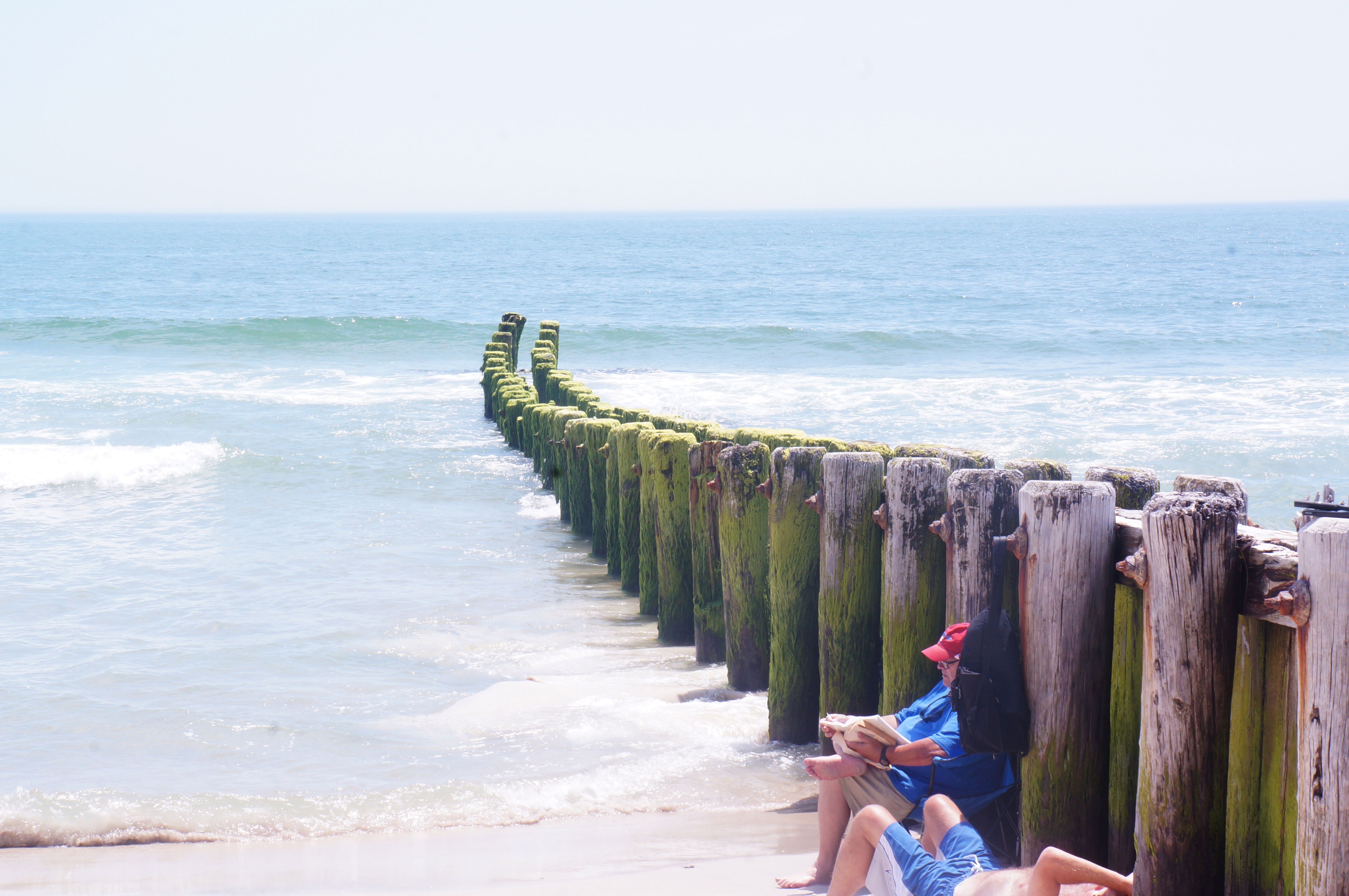 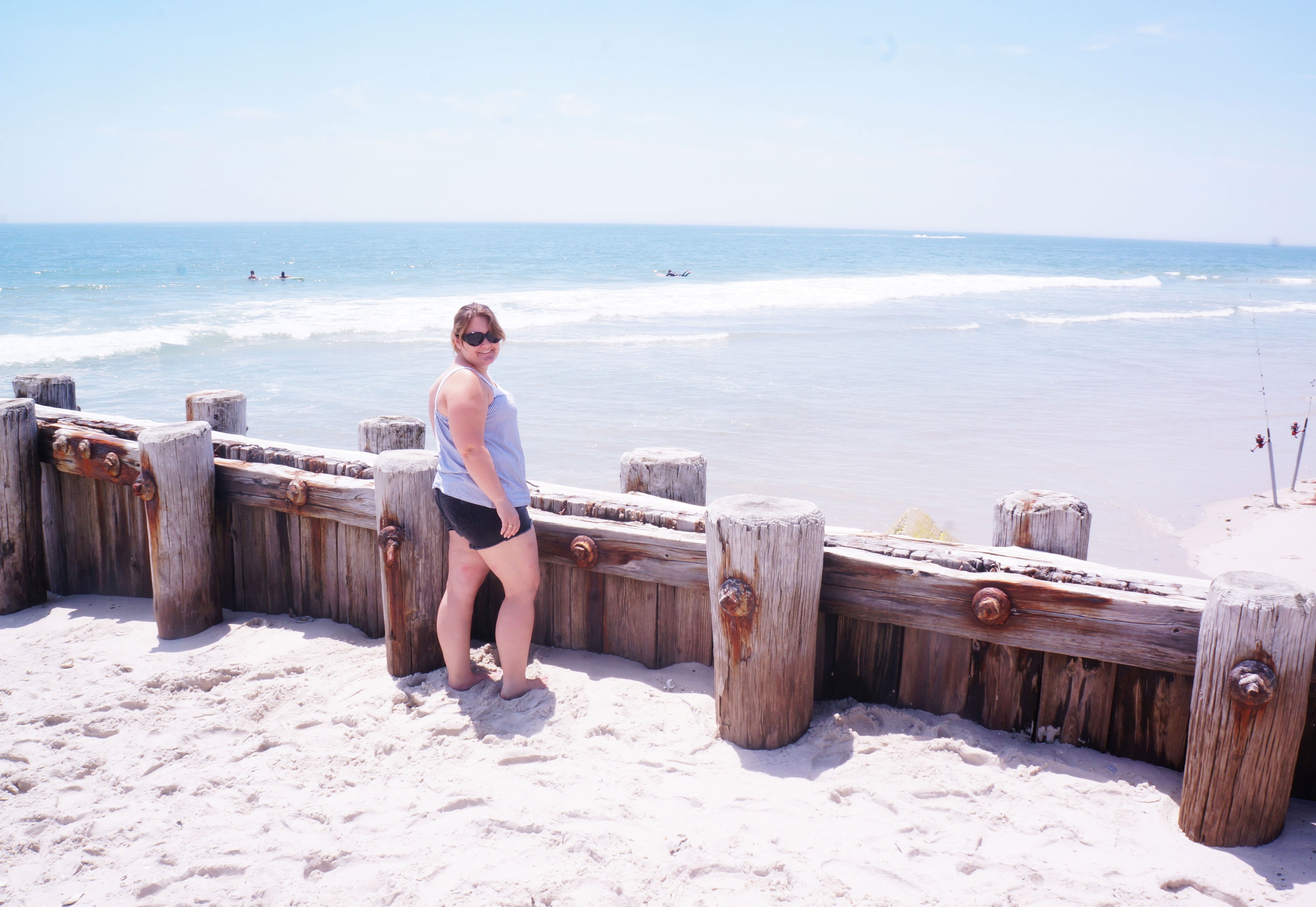 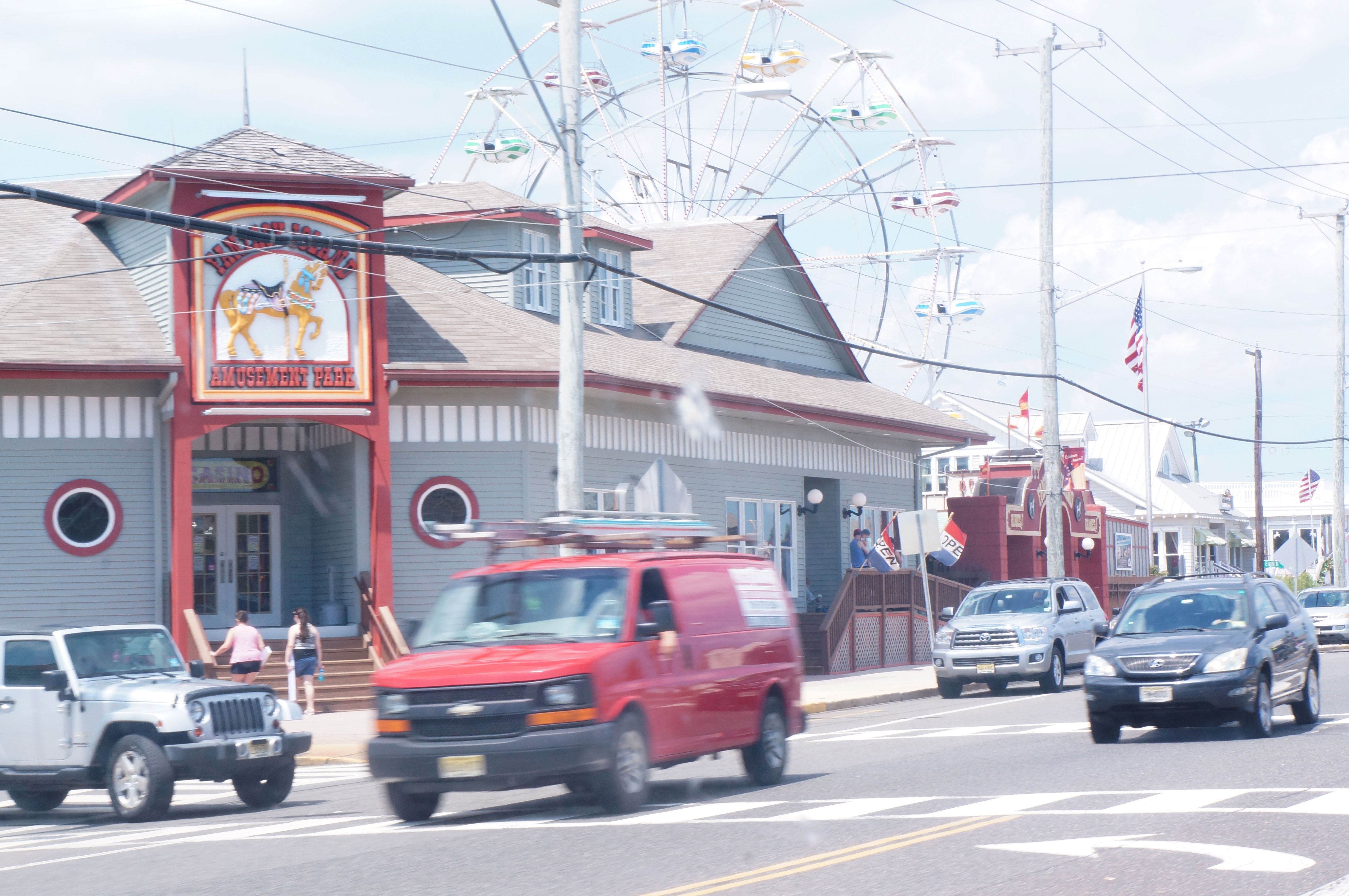 This always looks like such a blast!  There’s a ferris wheel, an arcade, rides, and food.  It’s a favorite of a lot of locals.  I haven’t been there because I always do family things when I go there.  Since this article is about 48 hours there, I say hit it up especially if you have kids.  I’d follow it up with a trip to the… 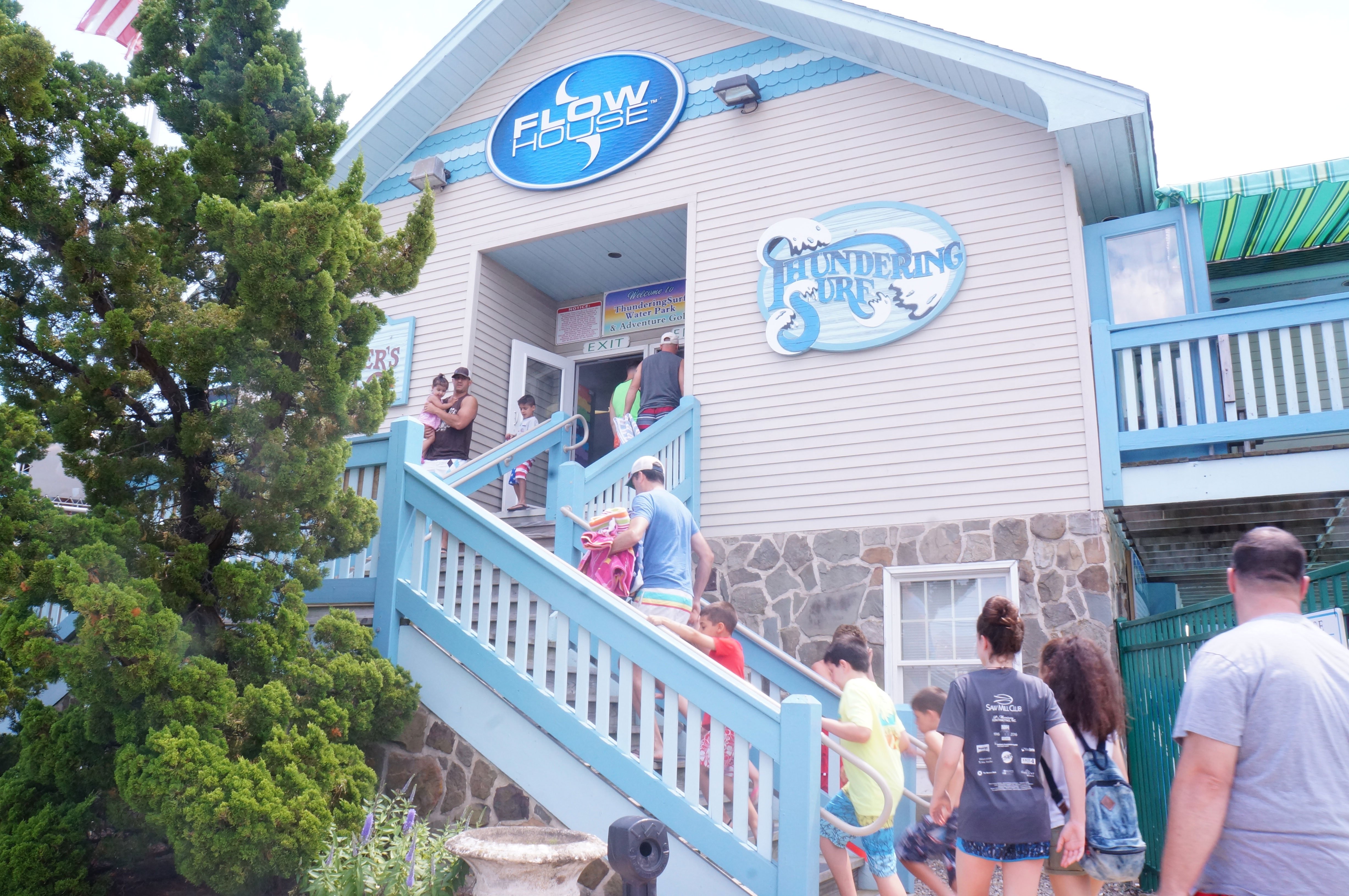 Thundering Surf Waterpark is for those of you who might not like high tide, like me.  I’m not a fan; there’s too much sand, and the waves seem to hit a little harder.  Isn’t it great that you can still get your fill of water without having to leave the island?  Look how great it looks! 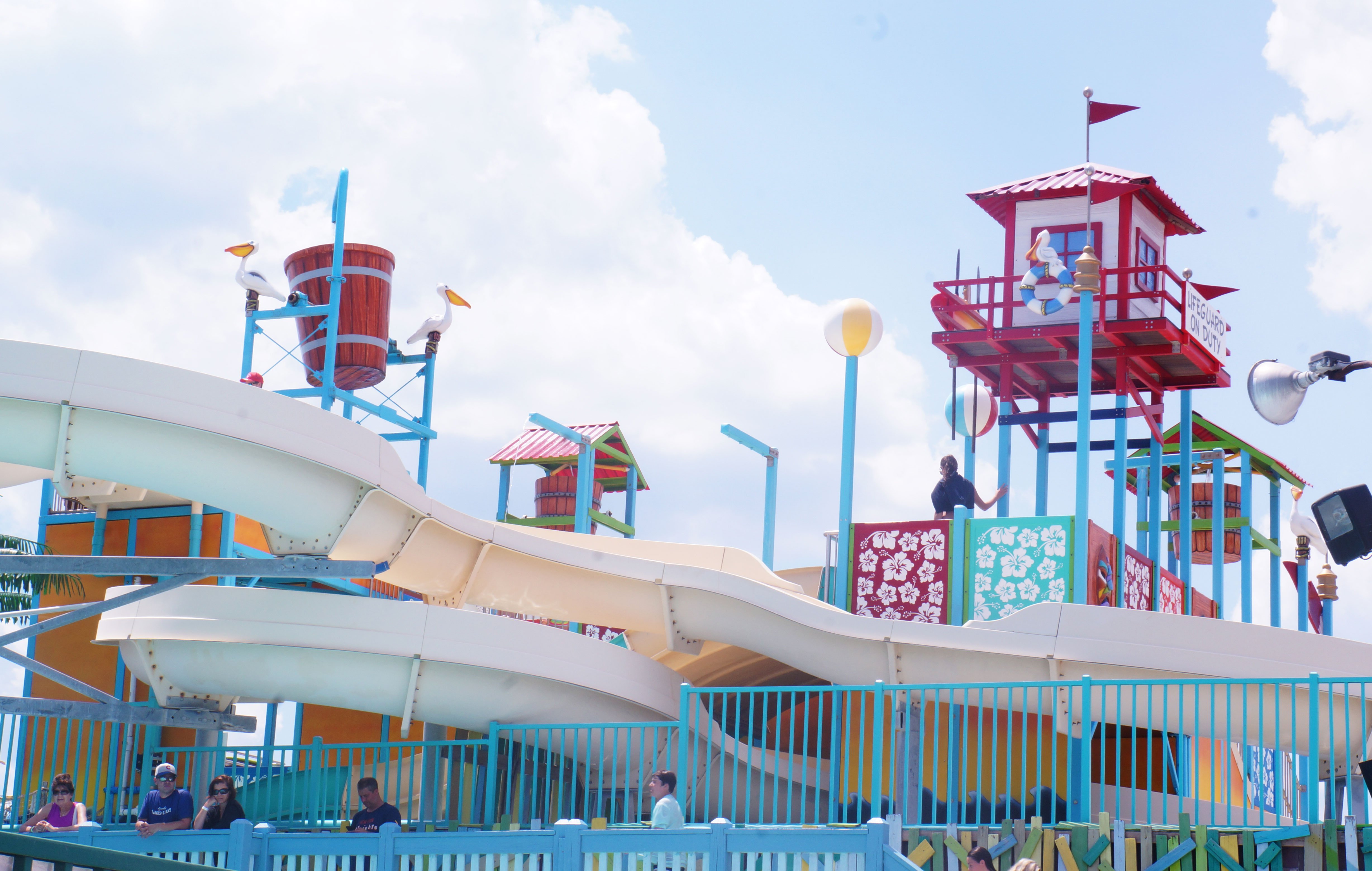 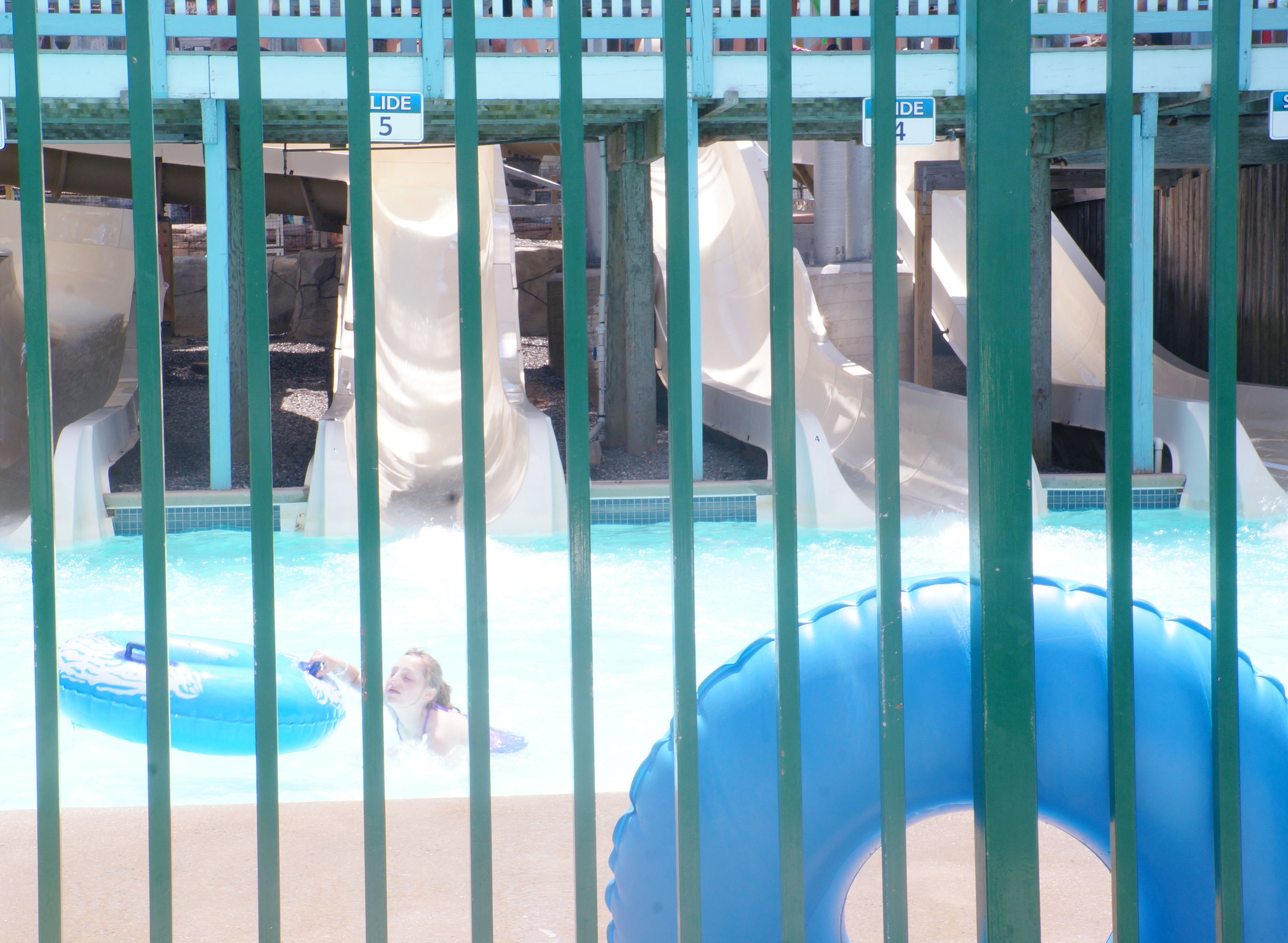 Keep calm and shop on… and you’ll be able to on the island.  One place I like to go is Island Gypsy.  It has a great selection of trendy items at reasonable prices.  Look out when it rains, it gets very crowded!  Make sure you have time to spare; the fitting room lines have a wait. 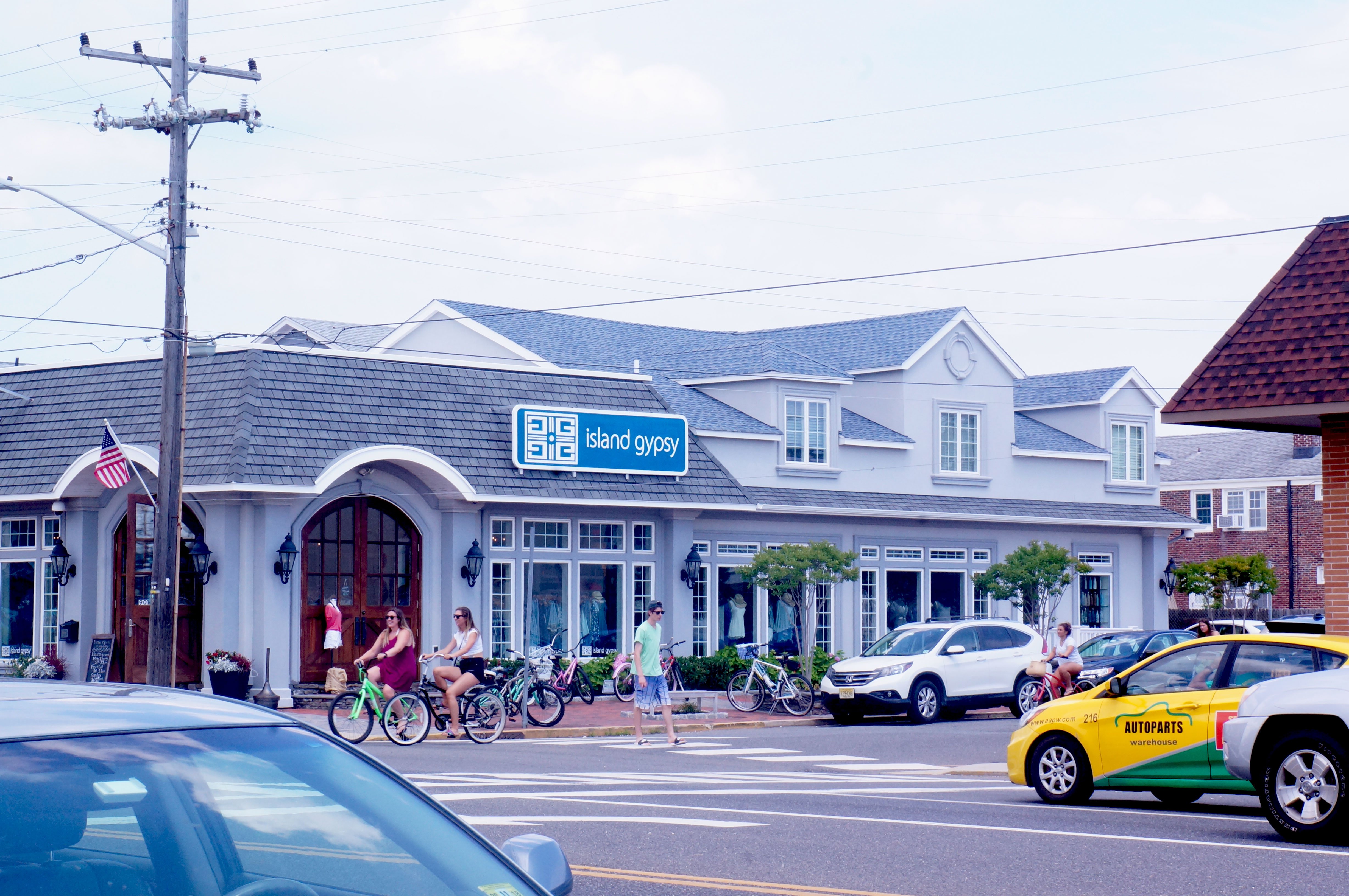 This little shopping area is anchored with an actual ship!  At the other end is a Gazebo restaurant that looked very cute.  Inside the multi-level shopping area are cute, kitchy stores, a used bookstore, a great coffee shop that also sells smoothies and acai bowls, and a candy store.  What more could you need?  Oh, a real meal?  Here are a few pics before we get to the eating portion… 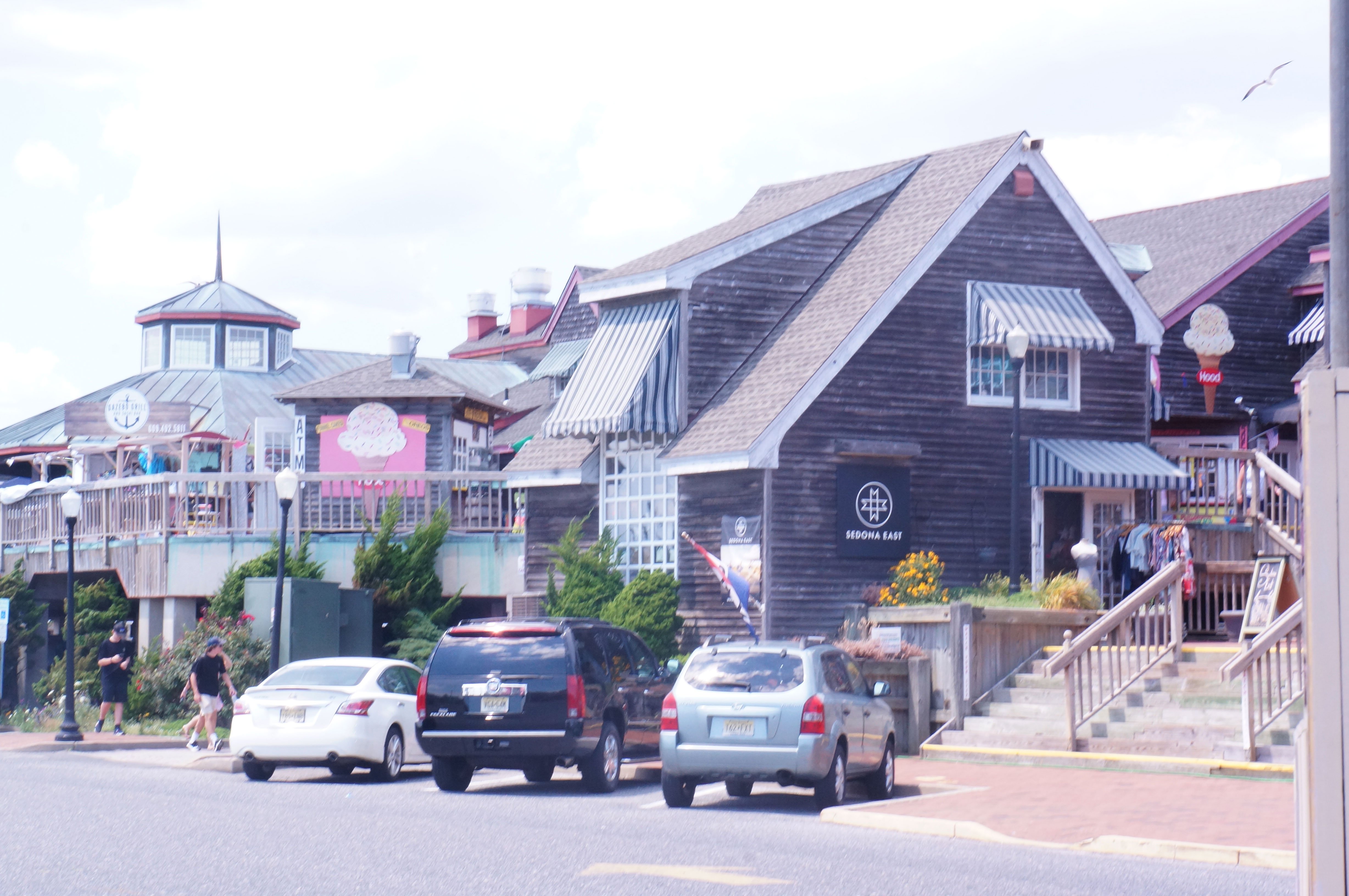 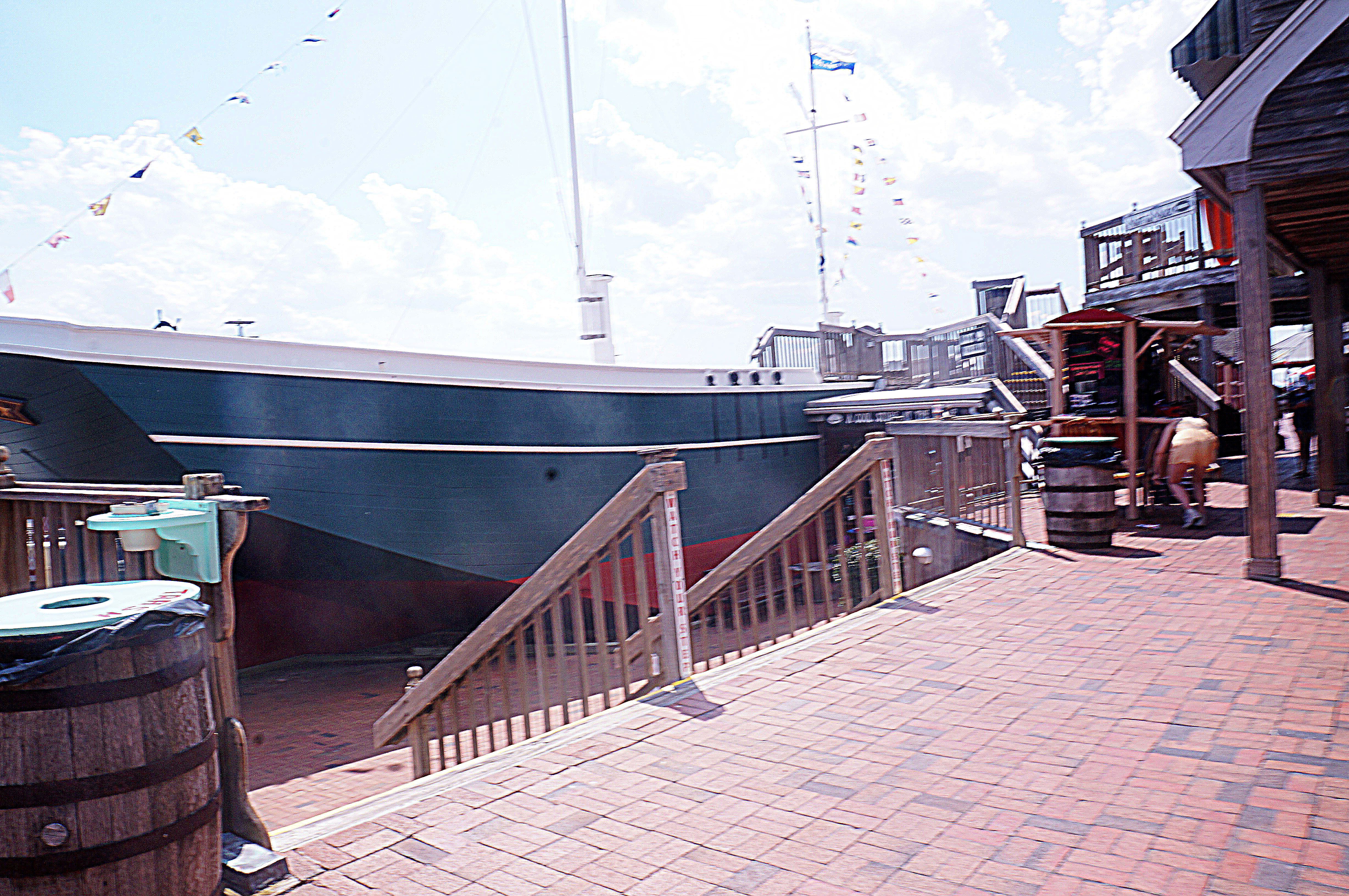 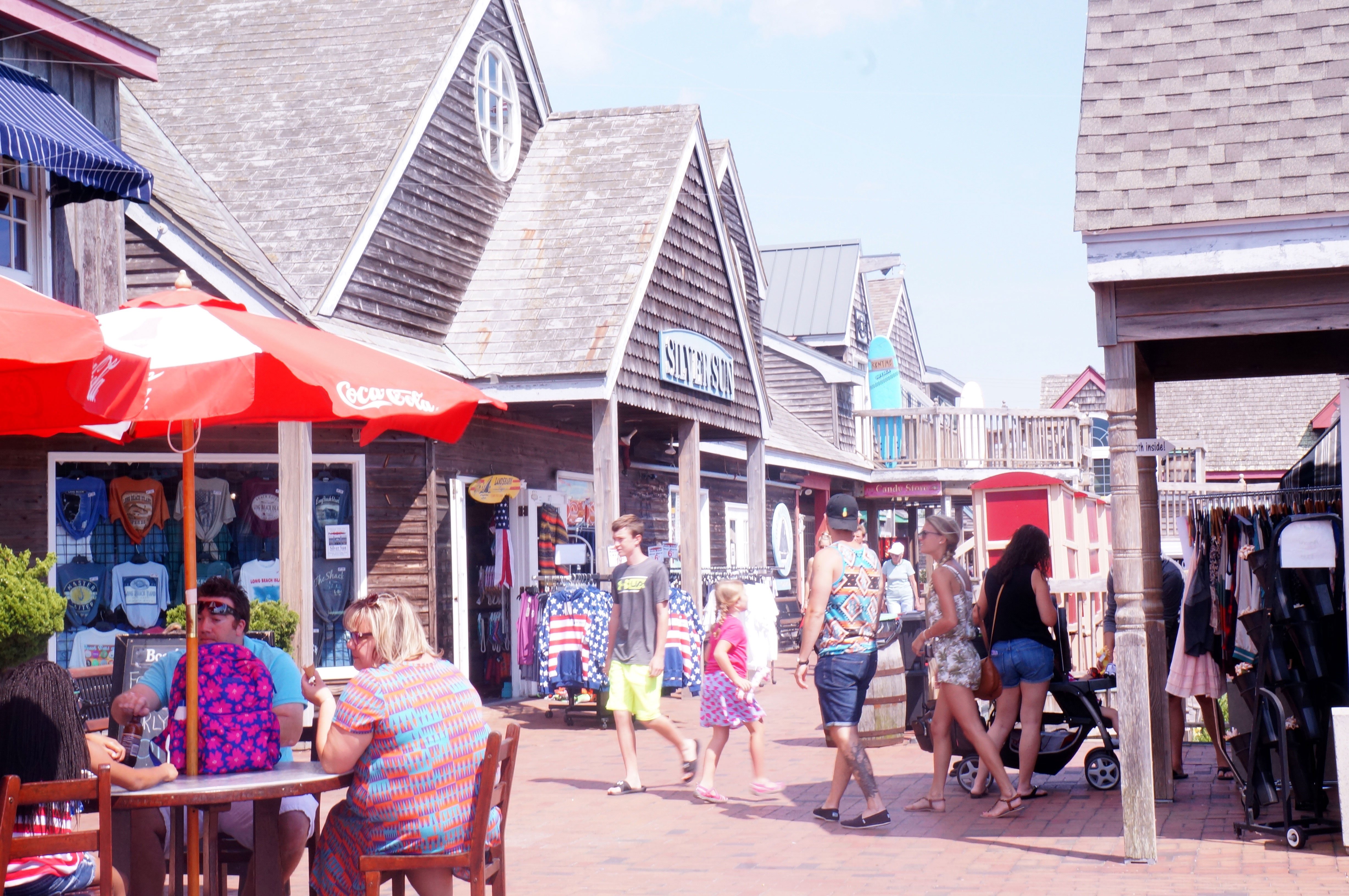 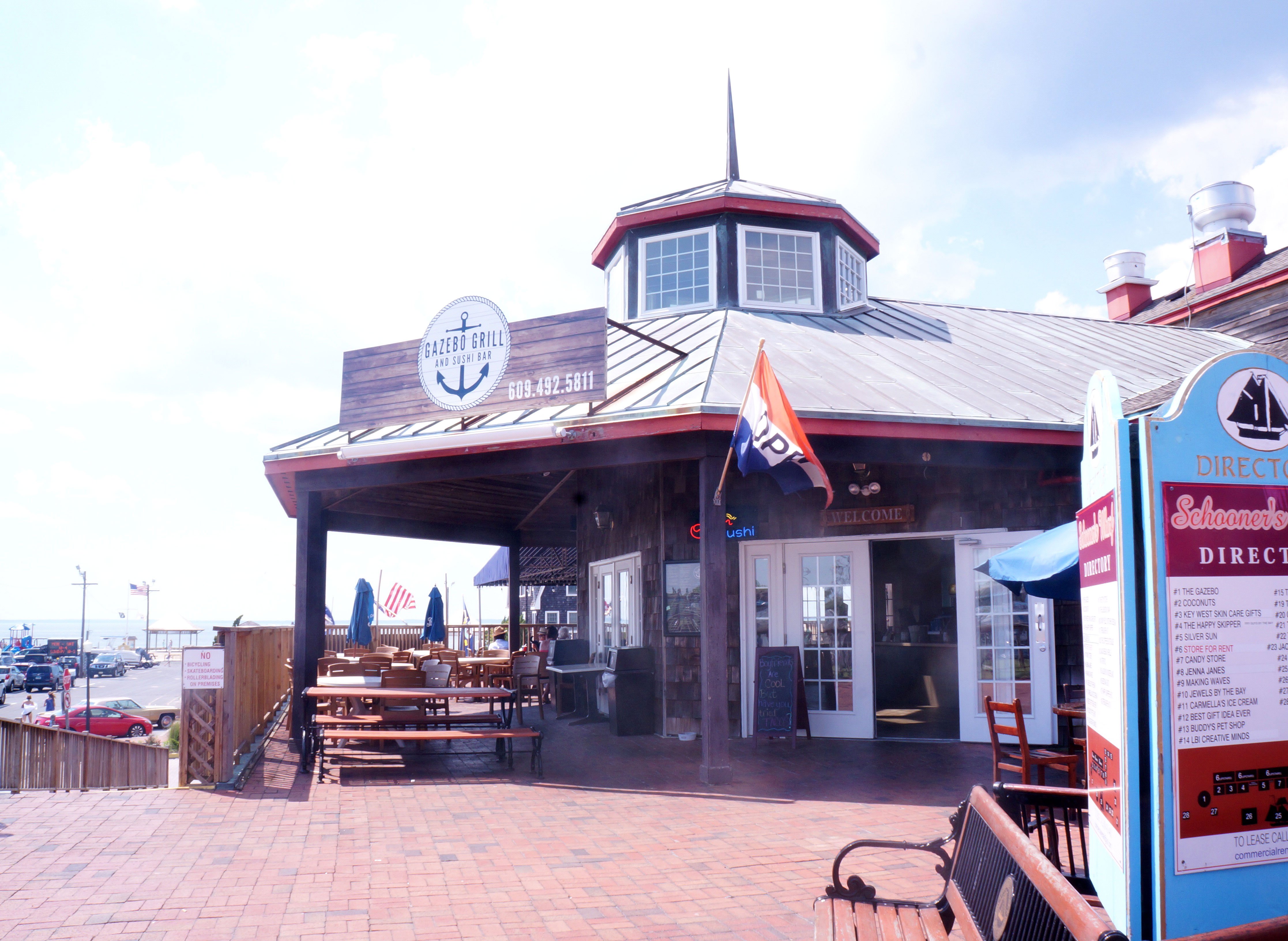 I’ve often thought you could eat your way through New York and still not hit the same spot… guess what?  It’s pretty similar on Long Beach Island.  Of course, I have my faves!  I’m sure everyone who goes to the Island does and they’re probably different than mine.  Well… to an extent.  The lines at some of these places are pretty intense!  Mainly in the morning, but the line is well worth it.  So hang in there, and just buy a ton of stuff so you don’t have to return the next day.

Crust and Crumb is one of the places that has a monster line in the morning.  A bite into anything they make will let you know why.  This is one of the places I love to have whenever I visit.  My favorite is a donut that has vanilla frosting filling inside.  The crumb cake is my second favorite.  Other people swear by their elephant ears.  What do you think will be your fave? 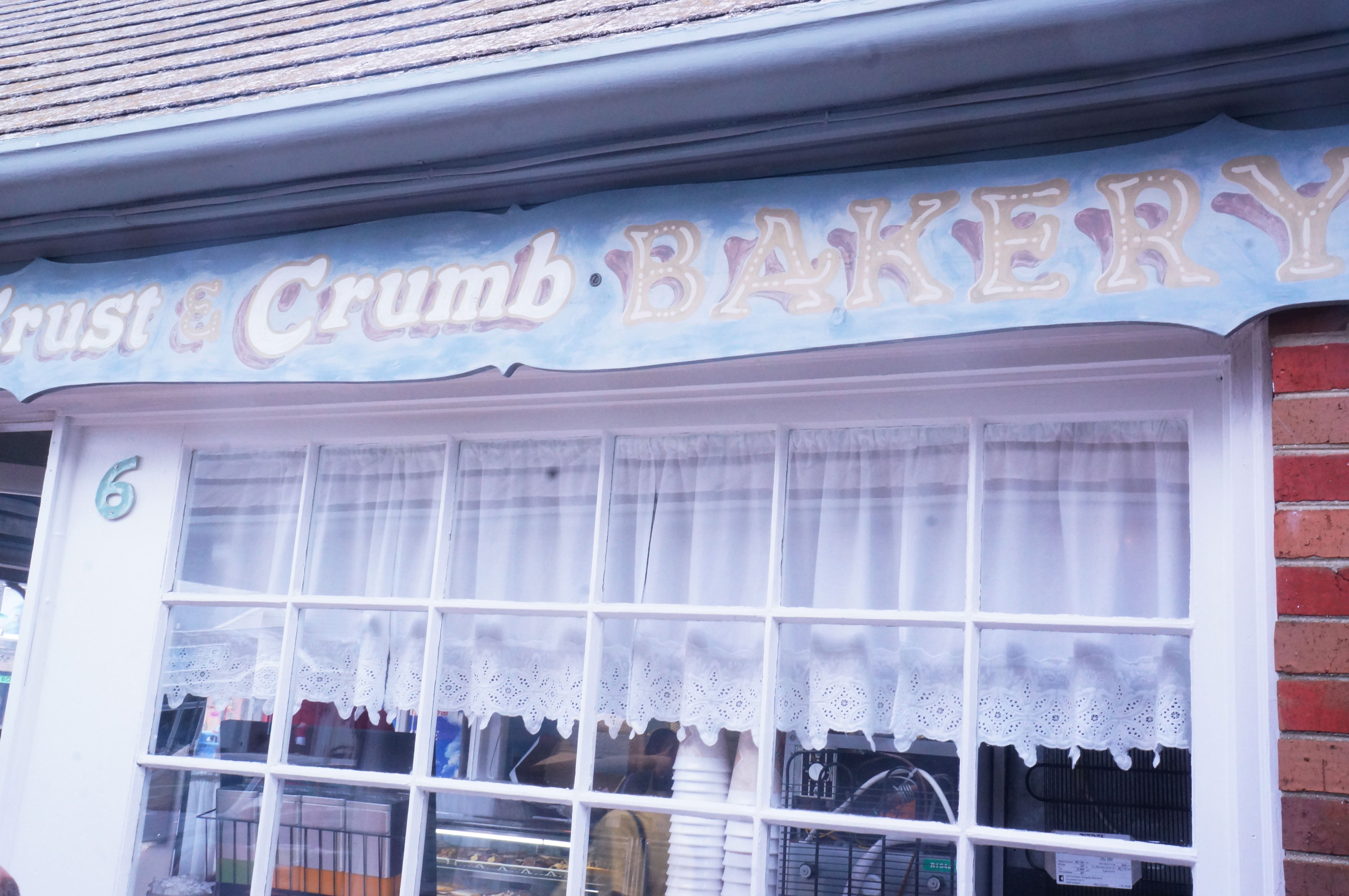 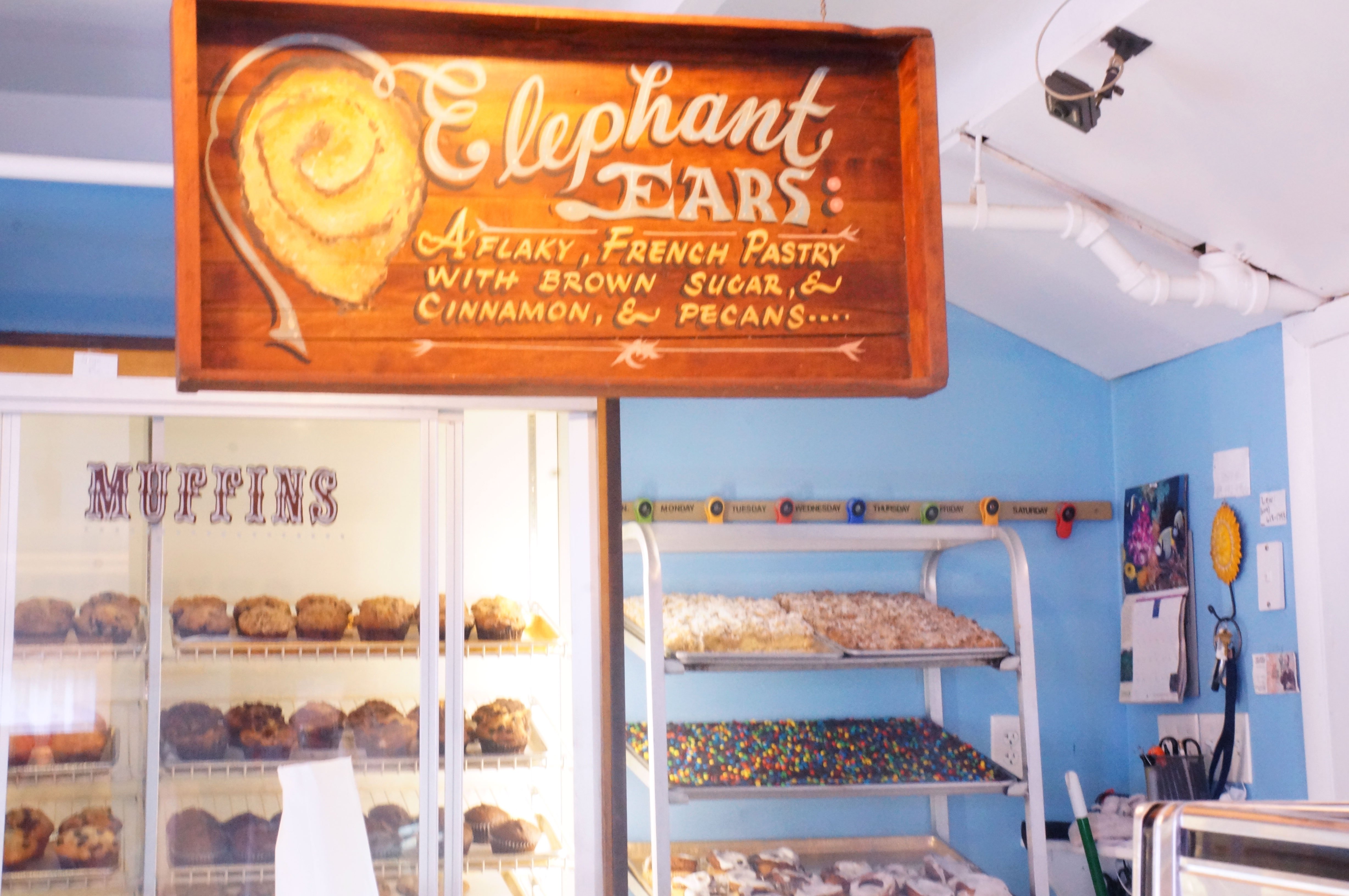 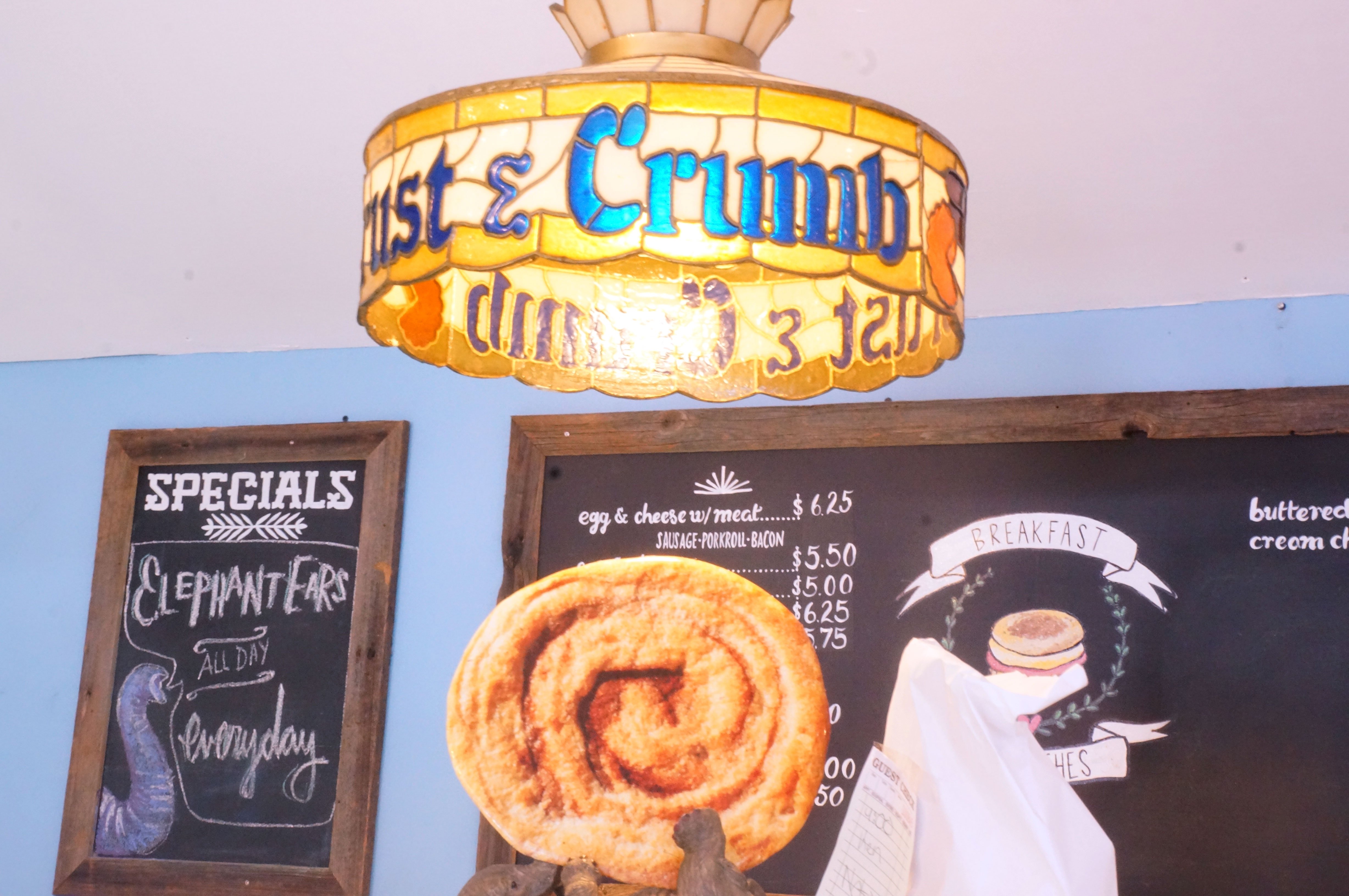 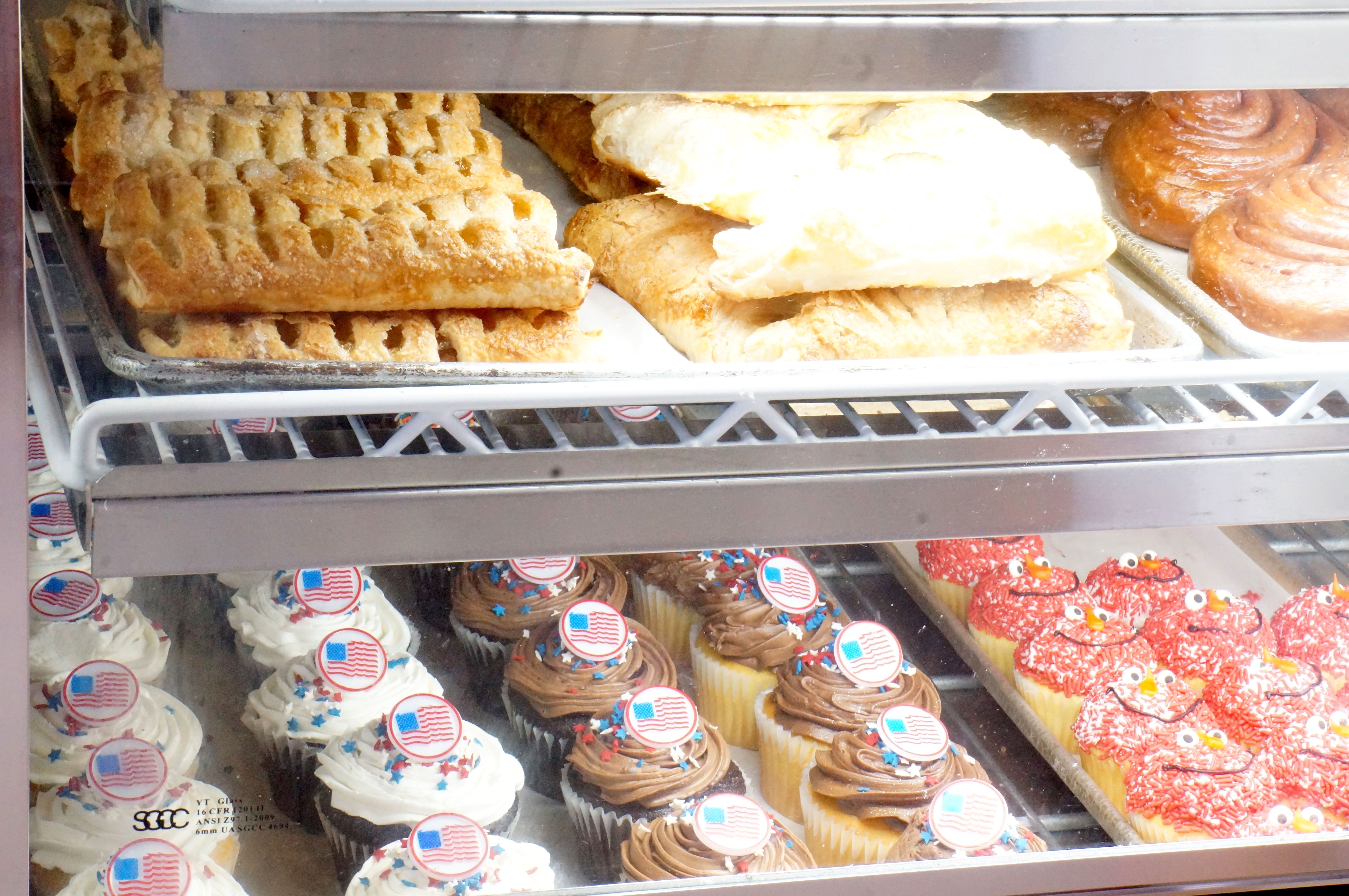 I heard a rumor that John Stewart has been to the Holiday Snack Bar.  I’m not surprised; it’s the best place for cakes on the island.  They also make a mean hamburger with this special sauce.  My cousins (whose place I visit) swear by this special red sauce and buy it for their home-cooked burgers!  The restaurant itself hasn’t seemed to change in years.  Even Super Storm Sandy couldn’t keep it down.  The seating is a horseshoe and you stand behind people waiting for someone to finish so you can grab their stool and put on your eating bib.  (Okay, so there’s no bib.)  Take a look for yourself! 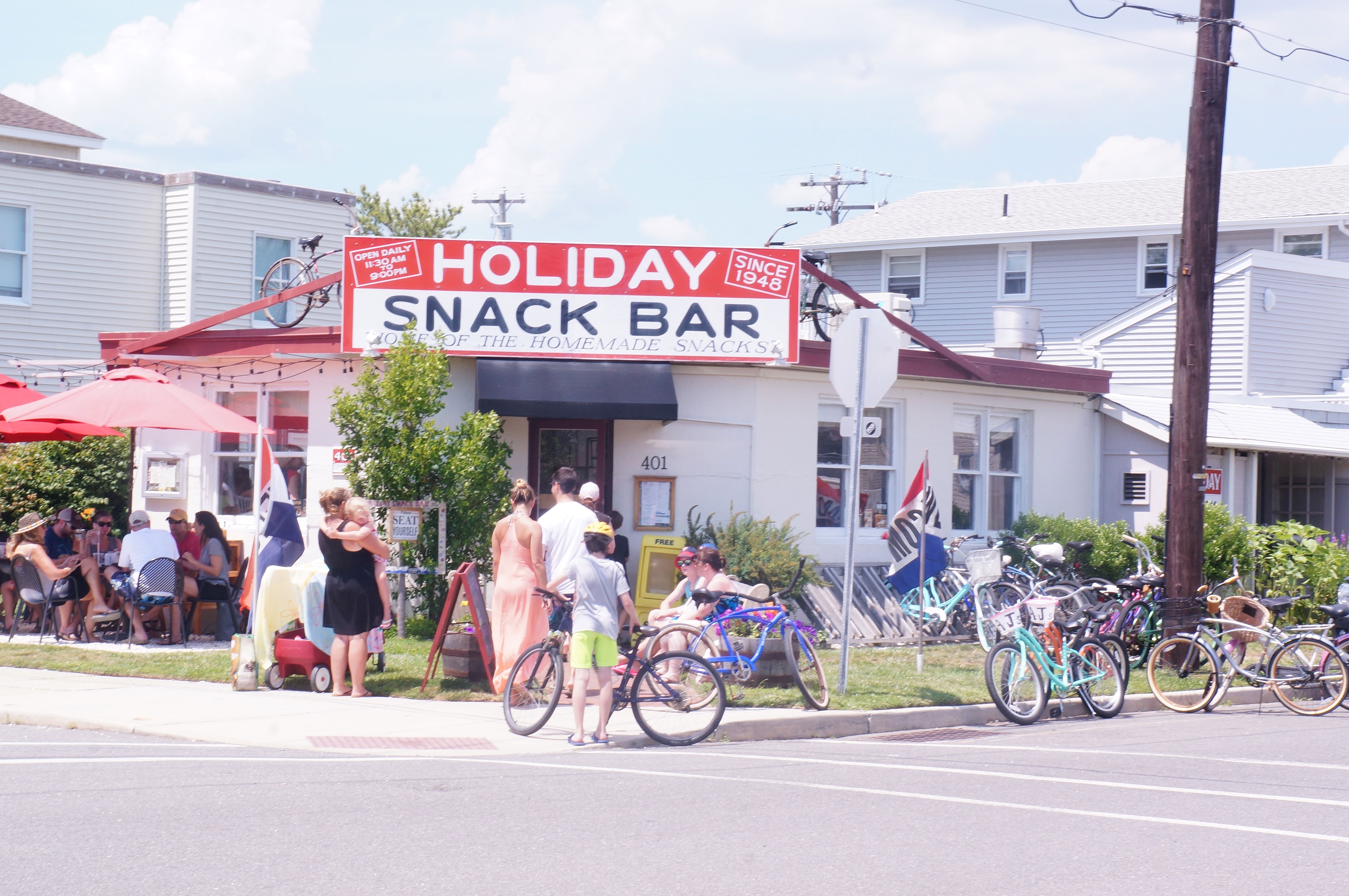 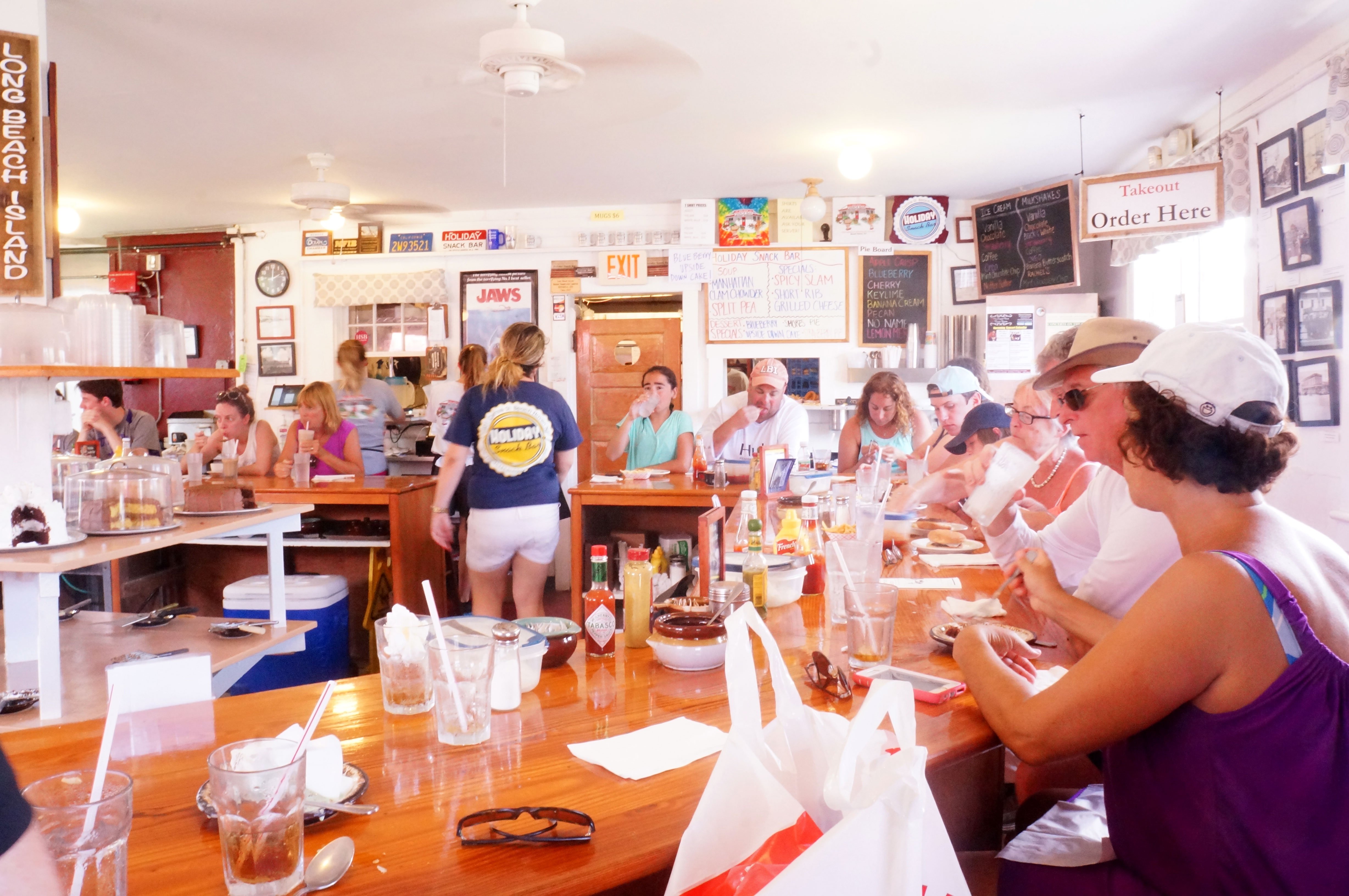 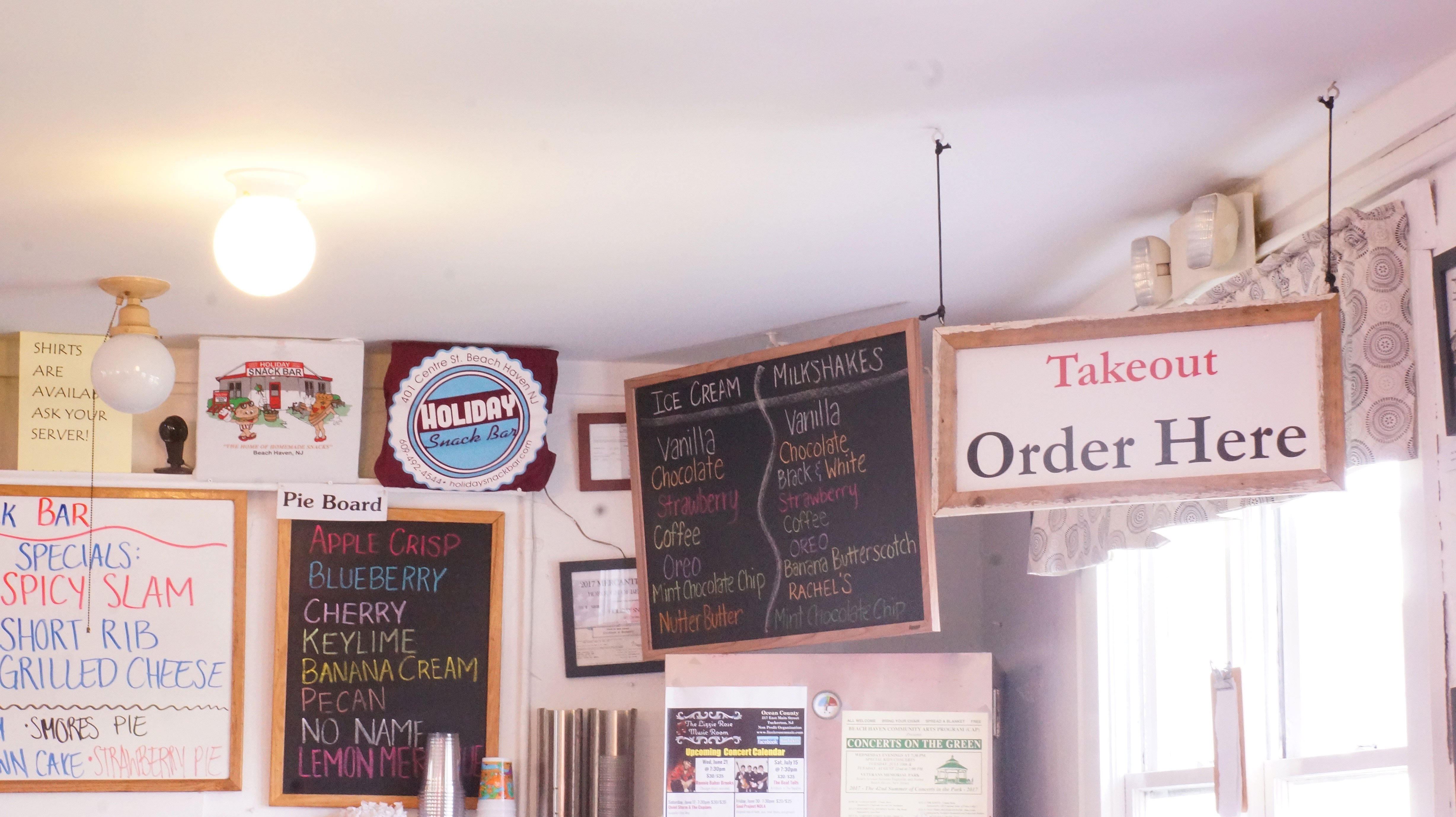 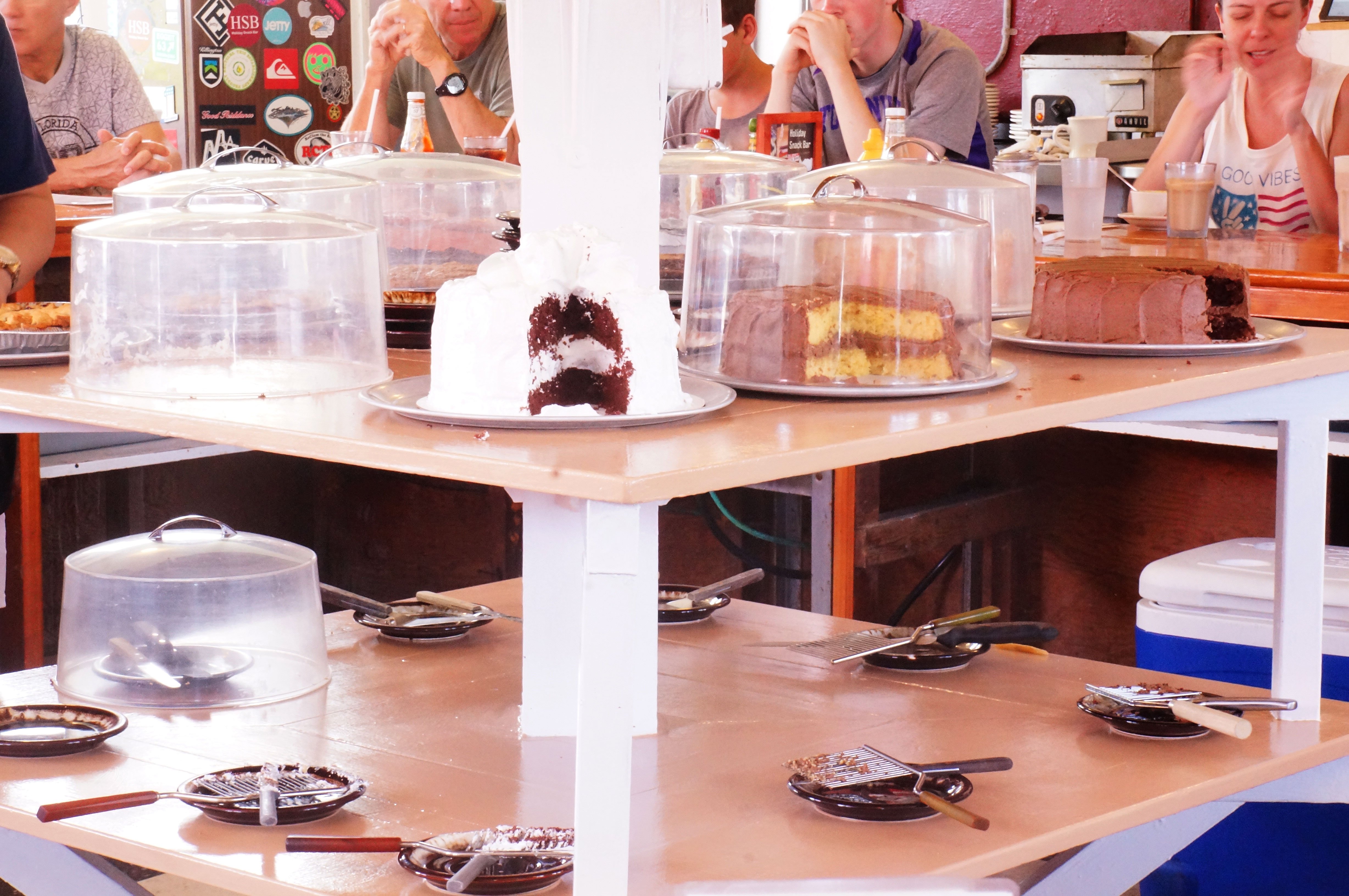 This creperie has just opened.  I’m usually not a fan of savory crepe’s, but after this, I’ve changed my mind.  We each had the mushroom, cherry tomato, arugula crepe and it was tasty.  It had a nice tangy lemony sort of sauce inside and on top.  I also got an iced coffee!  The restaurant itself is tiny, but adorable.  It has a quote from Coco Chanel on the wall and a small seating area underneath the quote, right in front of the window, so you can watch as everyone saunters past in their beach gear. 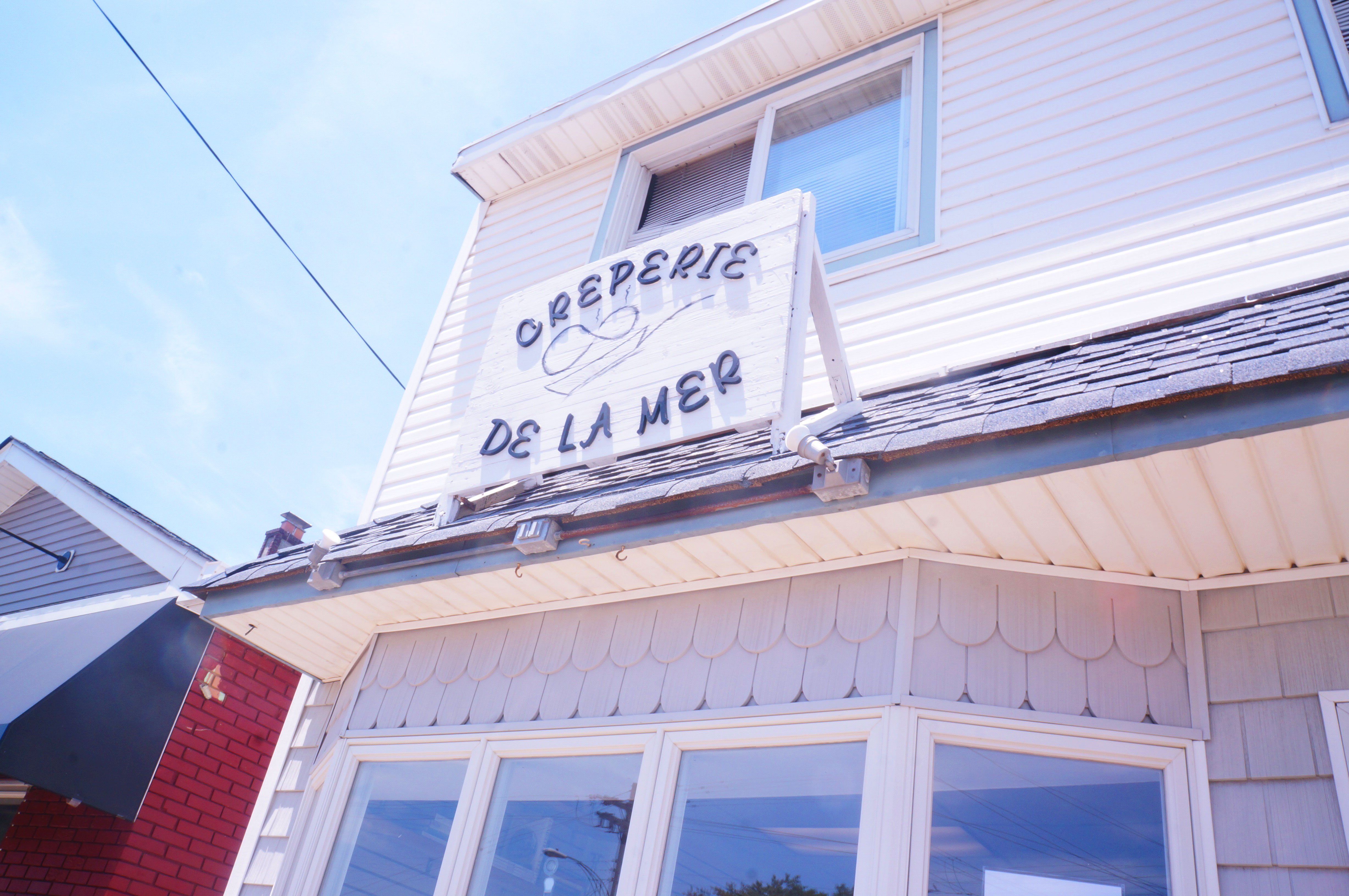 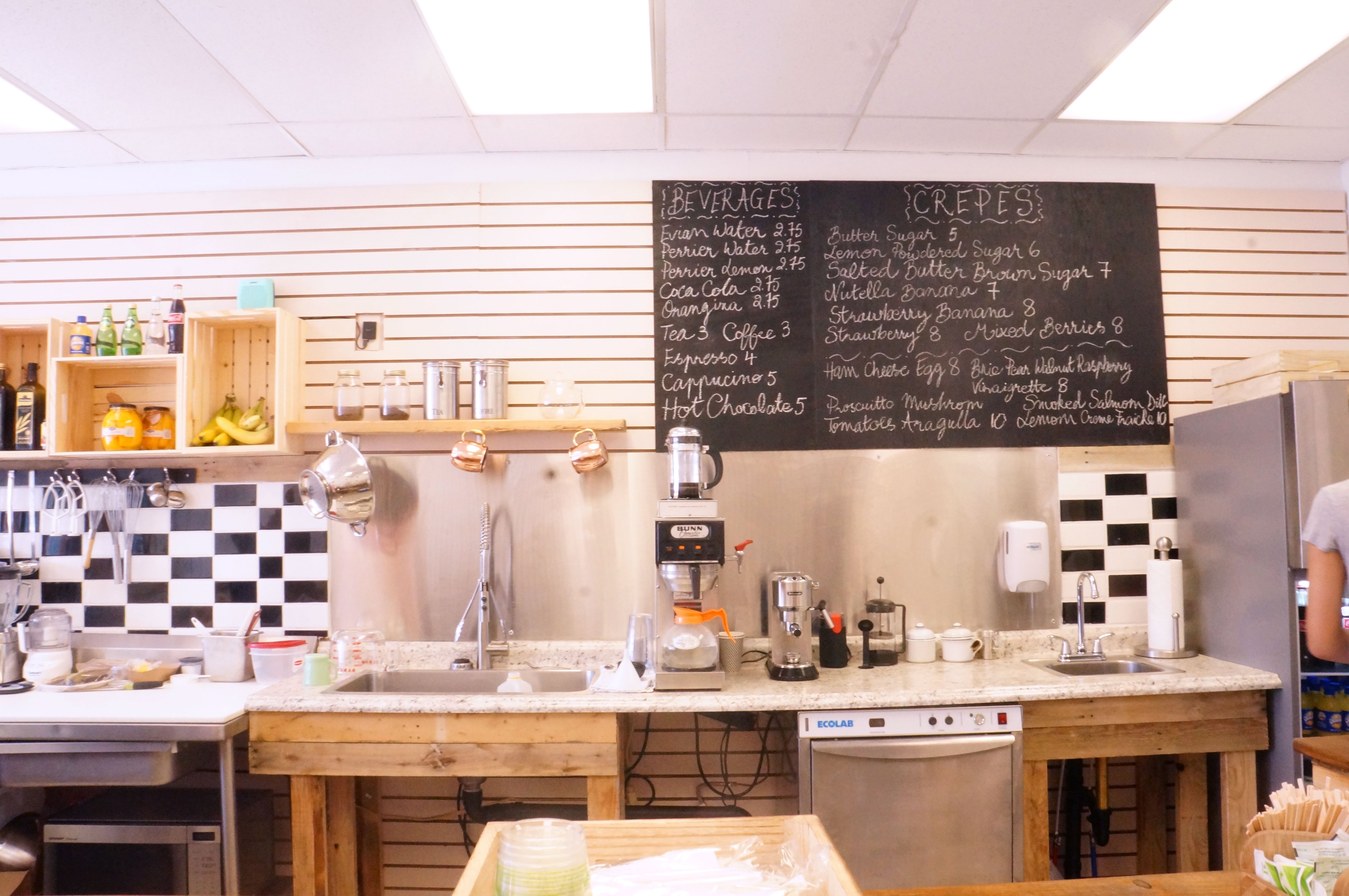 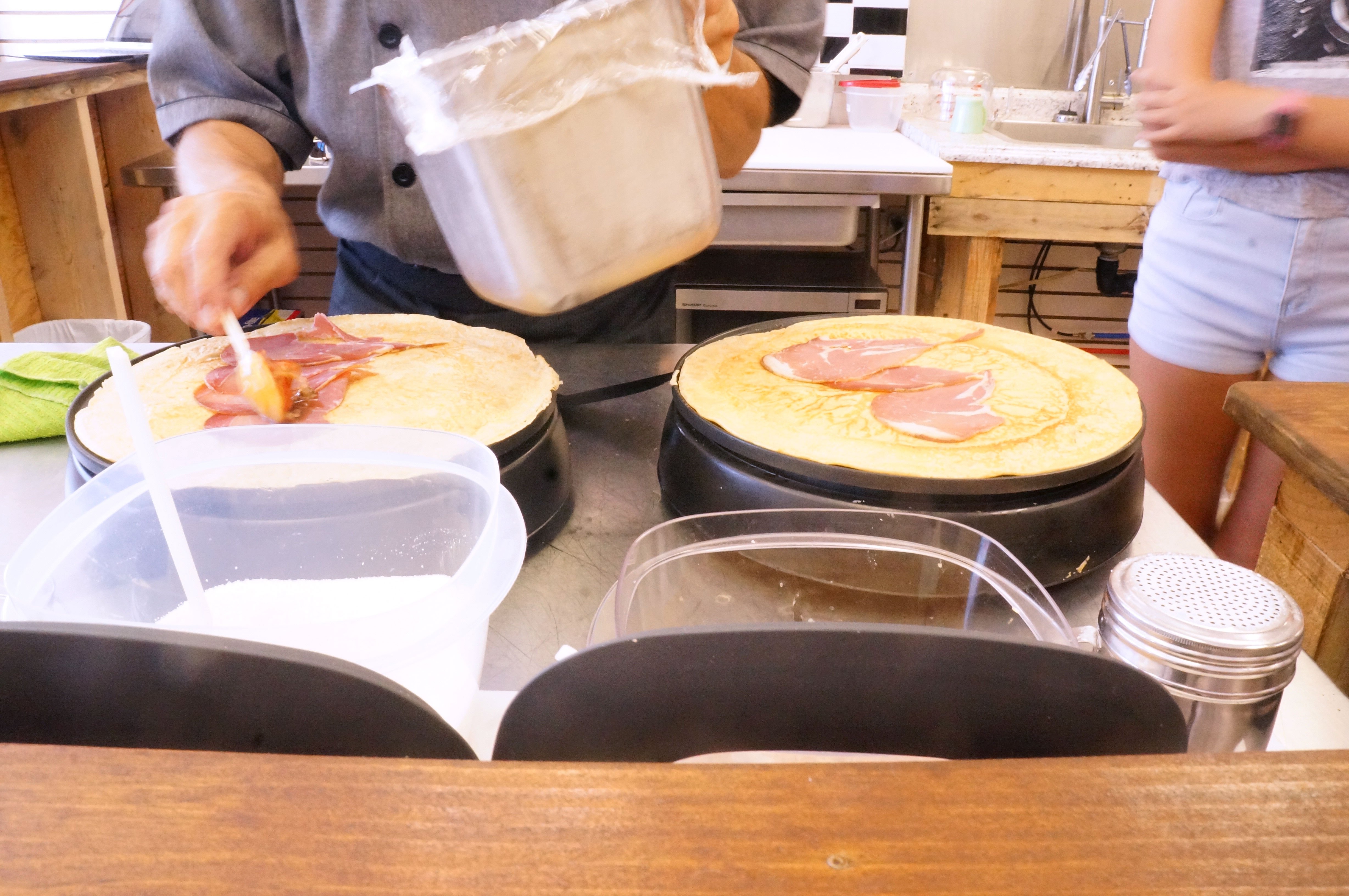 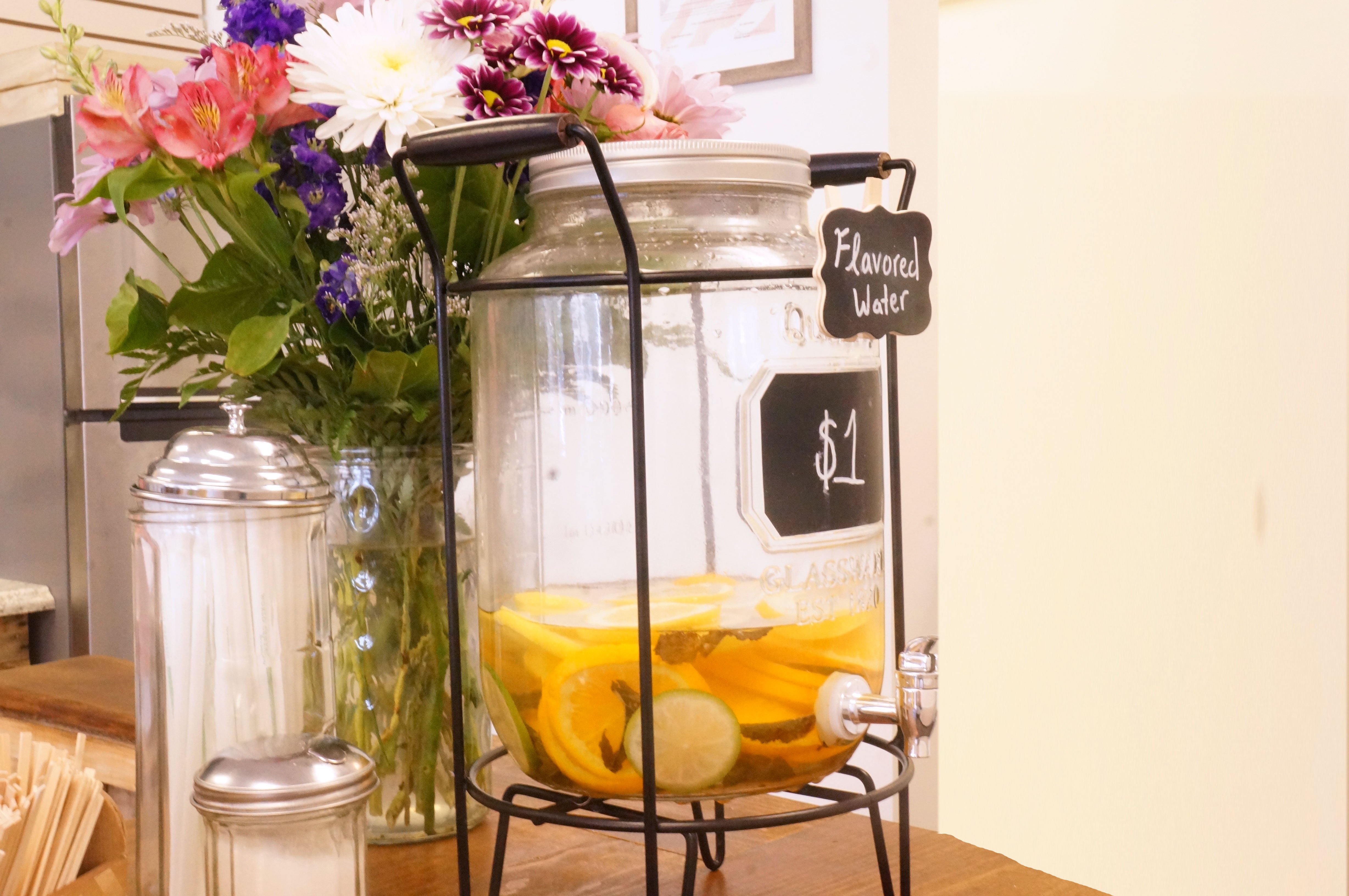 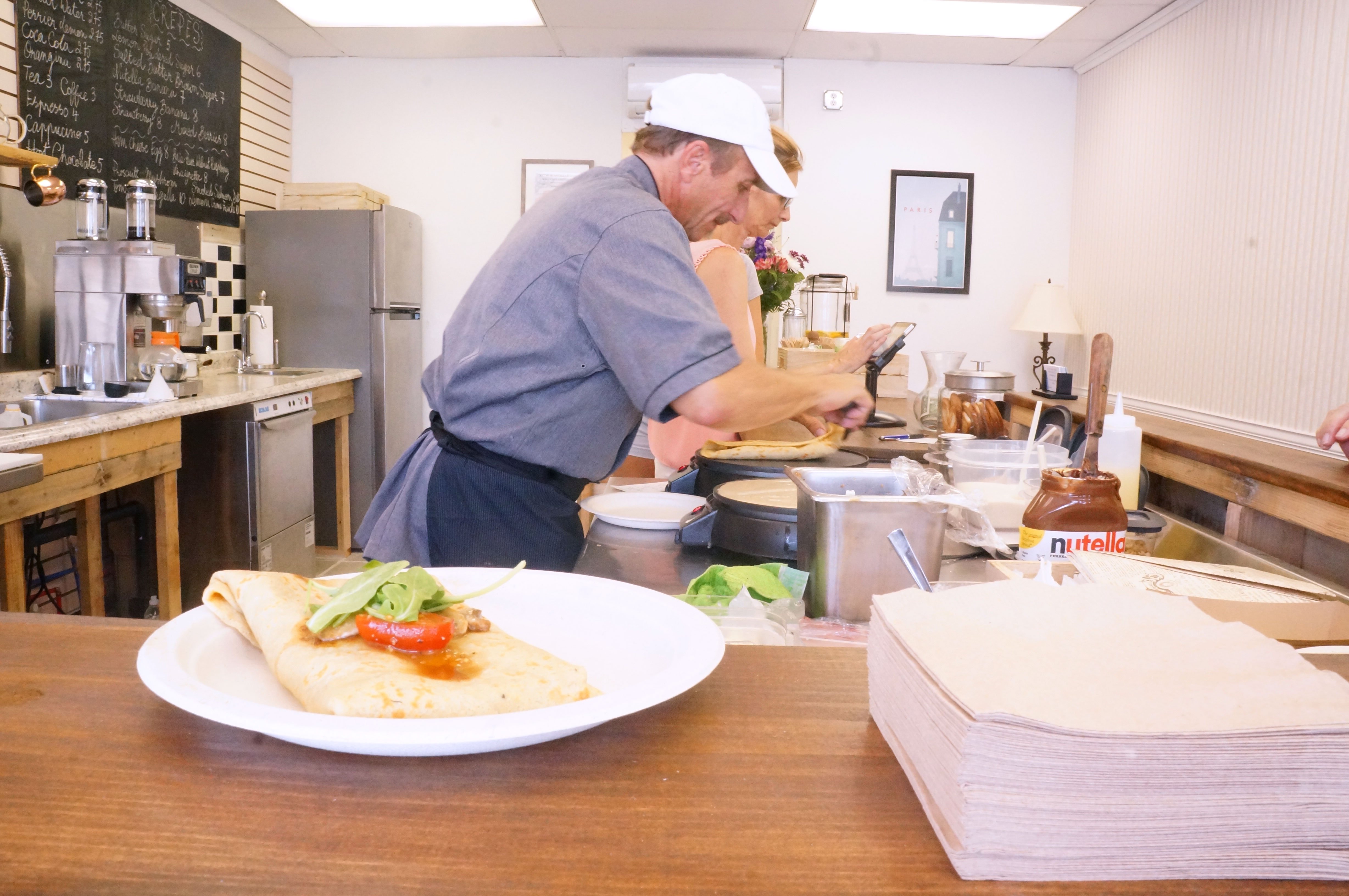 My last favorite place for this post, since it’s become a very long one, is Country Kettle Fudge.  Let’s face it, nothing is better than fudge.  I don’t care what flavor you get, I’ll eat it. This store has some crazy flavors that I didn’t try and aren’t on their website, but believe me, I saw it!  They have fudge making demonstrations there throughout the day as well.  We had just missed one and the next one didn’t start for another hour, so we had to skip the demo. 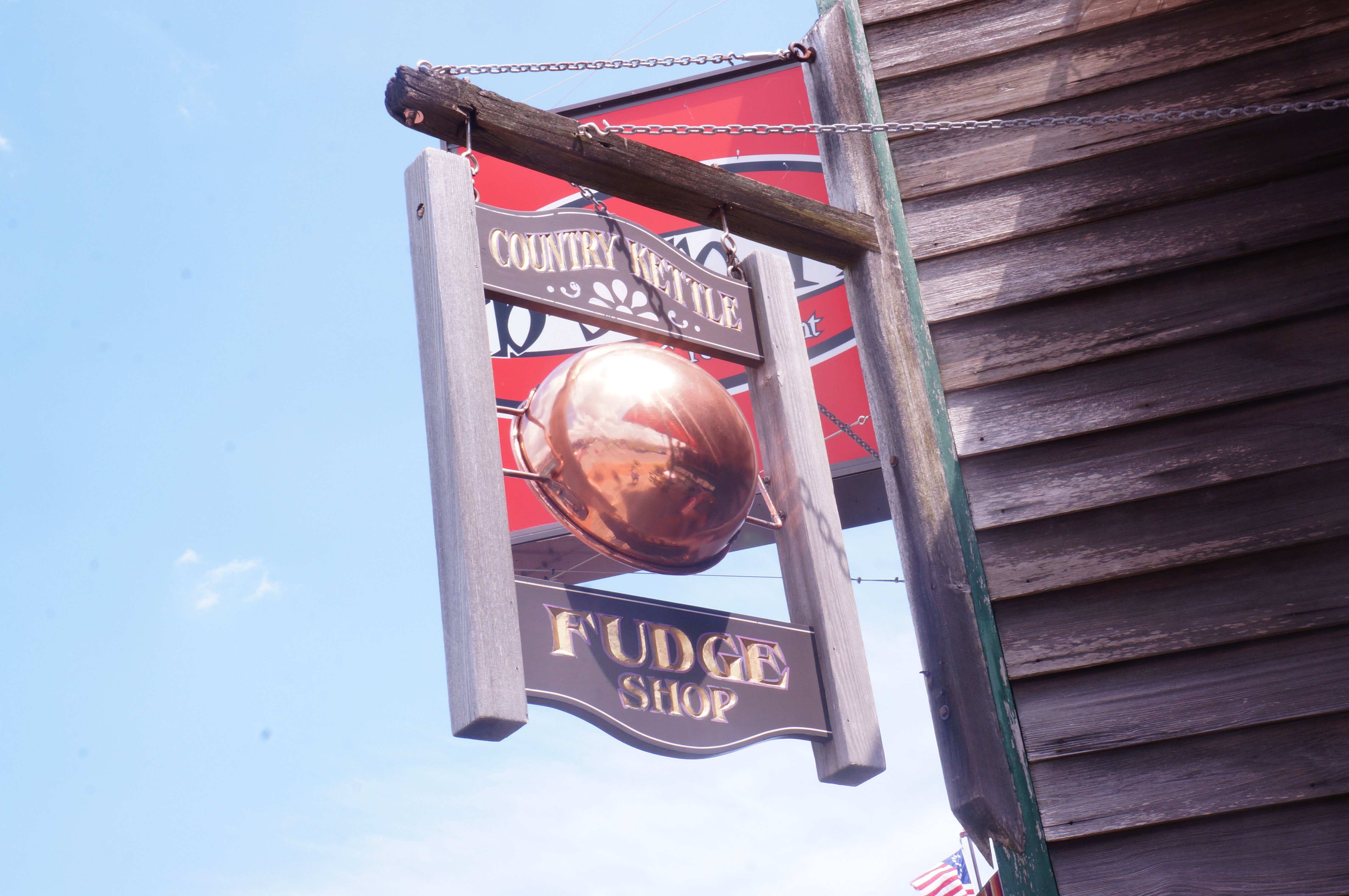 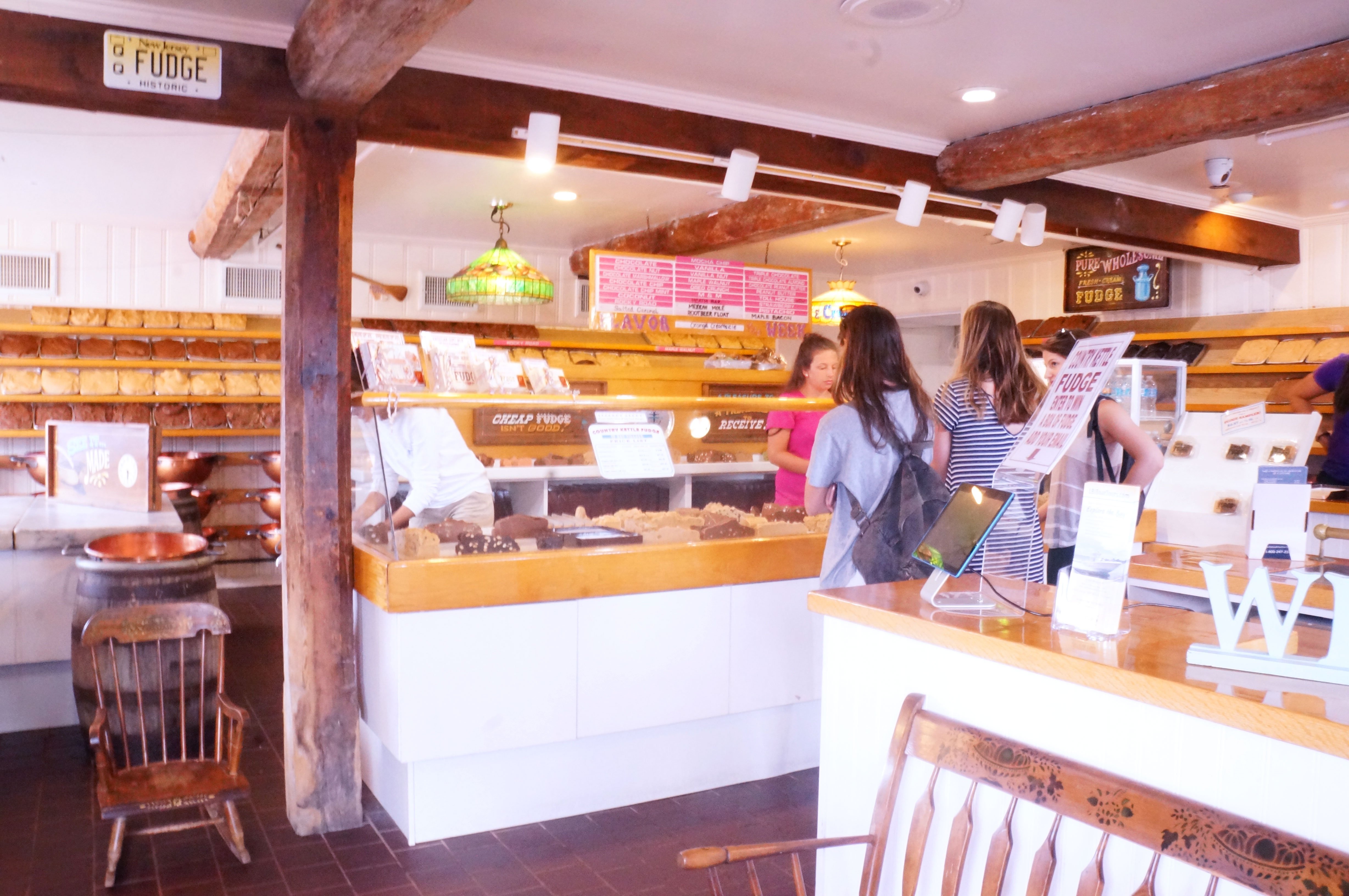 It seems this post should probably be more about eating on Long Beach Island, but 48 hours works as well.  What do you all think?  Have you been to LBI?  If so, what are your favorite places?  If not, what jumps out at you as a place you’d want to go?  Let me know in the comments below!