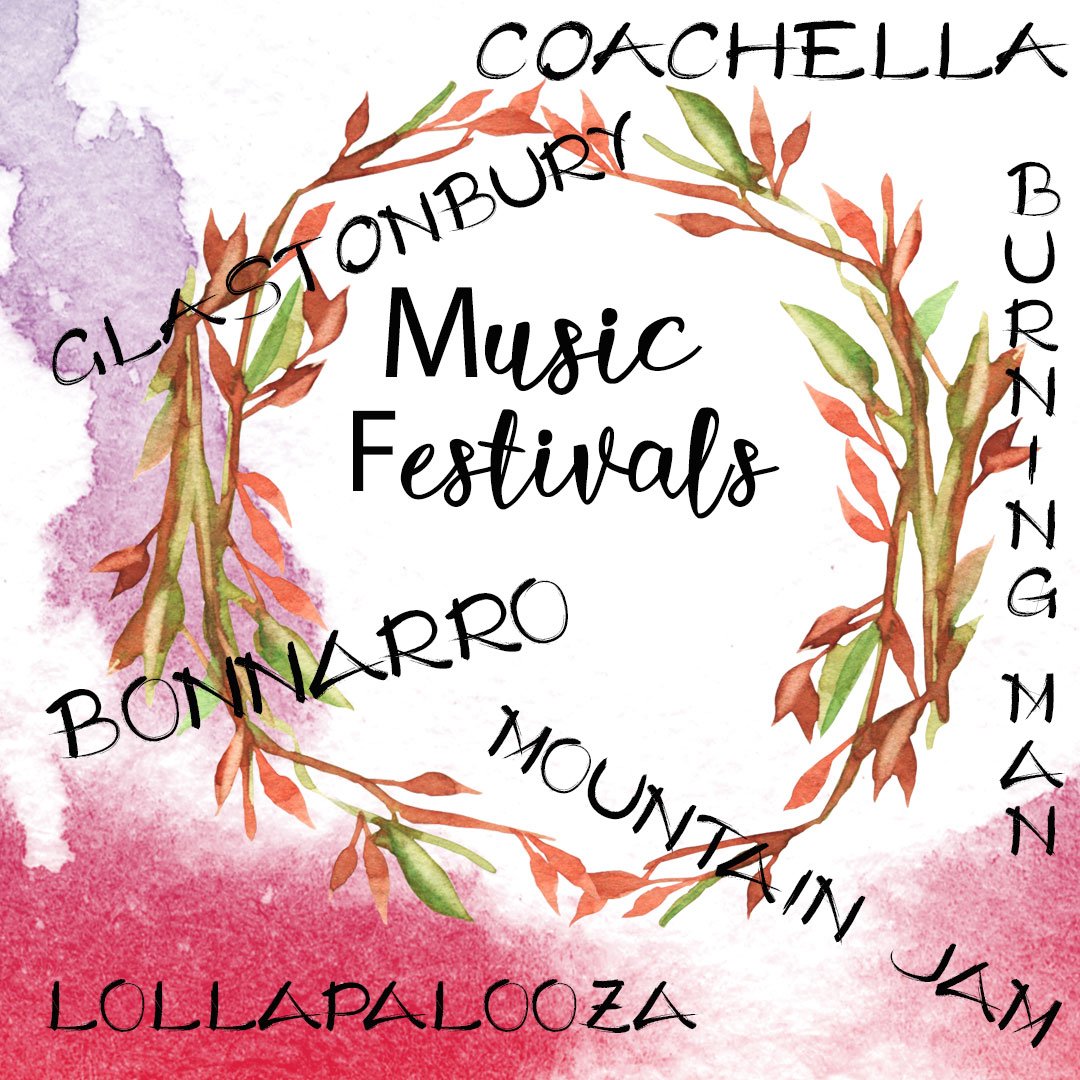 April 14th officially kicks off music festival season with Coachella’s two weekend extravaganza in California.  Fuse has a great list of cool ones to attend this year.  Personally, I’d want to hit Bonnarro in Tennessee in June and Glastonbury in the UK even though it always seems to rain, Mountain Jam, and then Lollapalooza in Chicago in August.  Of course, most of these are already sold out, but that’s not gonna stop me from creating the perfect festival capsule wardrobe.  Maybe one of you out there will find it helpful!

I’ve heard Coachella gets ridiculously hot during the day, so I think layering is a must.  From the ideas below, I’d layer the jean shorts, with the Otis Redding tank and throw a jean jacket in my bag for later in the day. 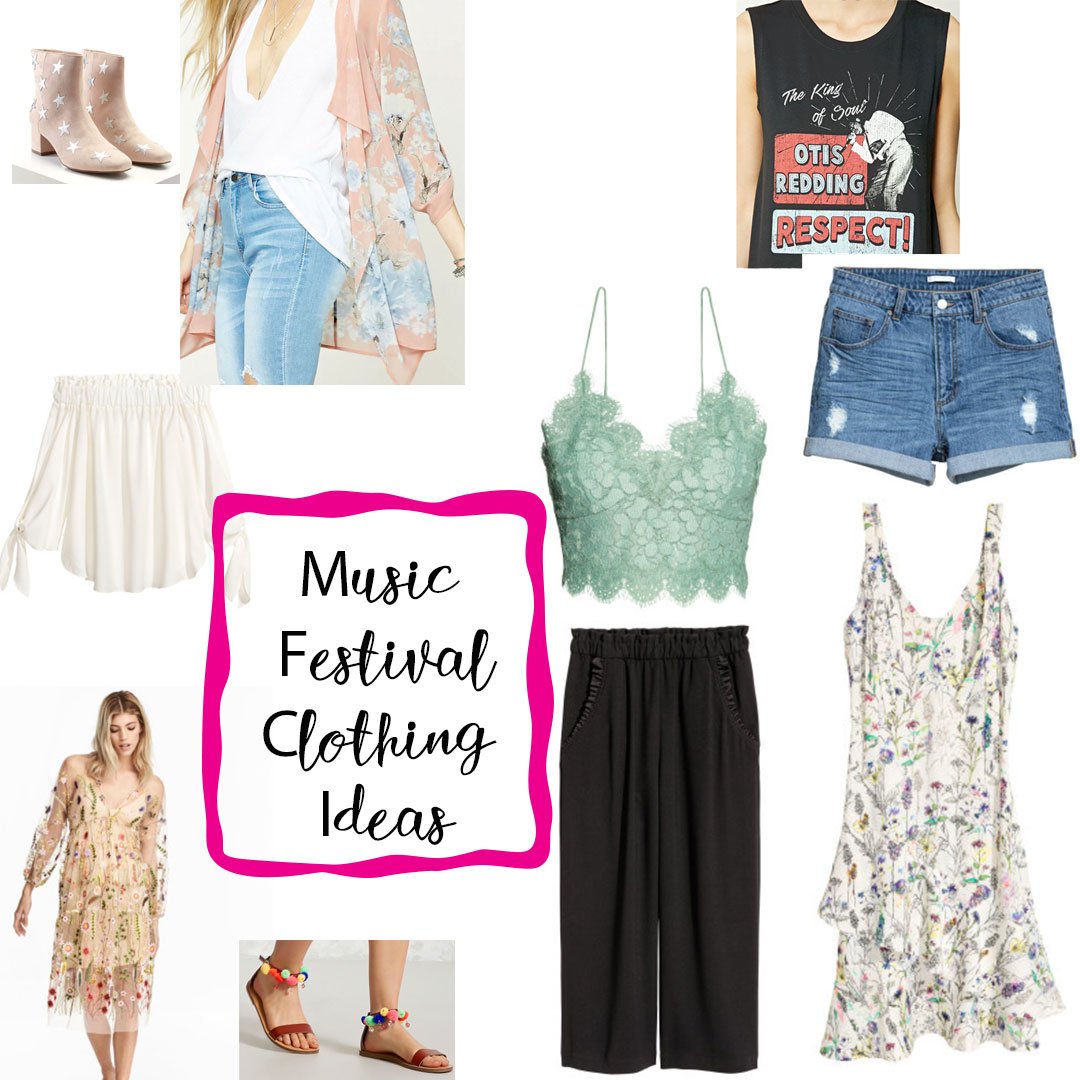 Even though I’ve never been to Lollapalooza in Chicago, I know Chicago in August.  It’s just as hot as Coachella but humid.  For this festival, I’d throw on the tank dress below with the pompom sandals.

Now, for the Glastonbury festival in England, in addition to it being rainy and muddy, it tends to get chilly there.  That’s why I’ve included the long sleeved floral dress.  I would pair that with quintessential British Wellies.  I’d go for the green color because it would match.

Things feel a little more laid back and a touch country in Tennessee, so for that festival, I’d wear the mint bustier with the black ruffle pants and the boots with stars on them.  That would be my nod to country.

What would I do with that kimono, you ask?  Well, I’m glad you did.  I’ve wanted a kimono for two seasons now.  I might end up buying this one!  It’s short enough, looks lightweight and it’s really pretty.  I’d put it over the long sleeved white peasant blouse and finish it off with the jean shorts.  I would probably throw on some slides for that one.

There ya have it!  My ideas for those of you who are going to hit some music festivals this year.  If you do, be sure to tag me on insta with your looks!  I love seeing them.  And have a blast.  There’s something just so magical about music.