I’ve been living in New York for about four years now.  Other than going to Connecticut to visit my Aunt and Uncle, or visiting my cousins at the Jersey Shore during the summer, I haven’t gotten out of the metro area.  That changed today! I decided to take a day trip to Old Westbury Gardens, in Long Island.

I got the Long Island Rail Road at Pennsylvania Station. The trains run every hour from Penn Station to the Westbury Station.  Once you arrive at the Westbury Station, don’t fret.  Just walk down the stairs, there’s an underpass that takes you to a line-up of waiting taxi’s.  I was surprised that they’ll take two people (or more) in one car if the destinations are near each other.  The cab fare was not terribly expensive, $9 plus tip, and took me right to the car park entrance.

There’s a small hut where an employee waits to collect the $12 fee.  It’s surprising that they take the fee there and not by the house entrance, but then when I saw people with picnics to have on the grounds it all made sense.

Walking up from the car park area, the house emerges on the hill, looking  majestic.  According to the house tour, it took about 3 years for the Phipps family to take up residence after the construction began in 1094.  I’m not entirely sure it took 3 years of construction, but it seemed like it was worth the wait! 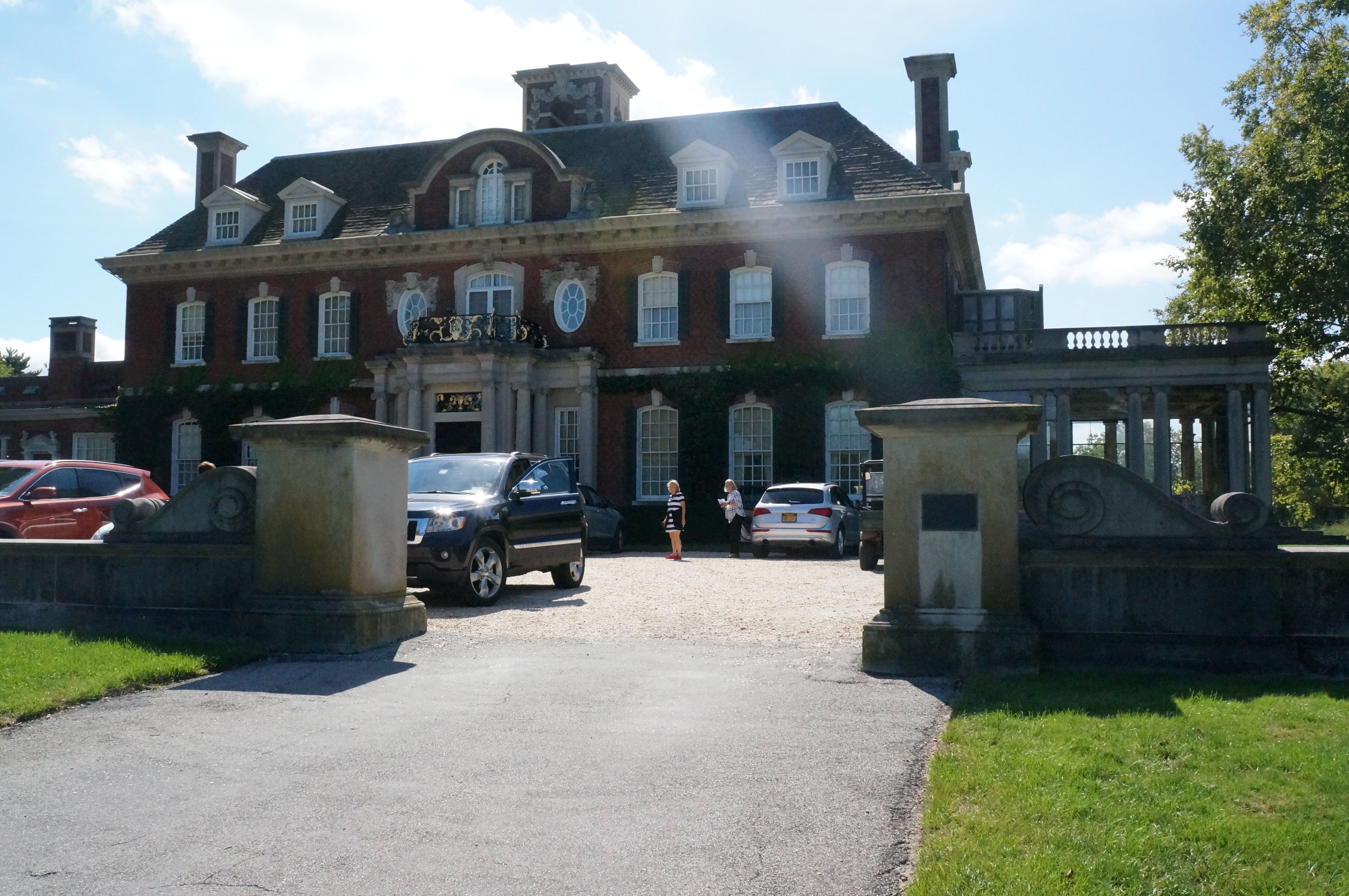 I mean look at that!  It’s gorgeous.  As I walked toward the entrance, I started to imagine what it must have been like to have lived there all those years ago.  The parties must have been epic!  Once inside the house, a volunteer tells me that a tour has just started in Mrs. Phipps Study, so I join them. 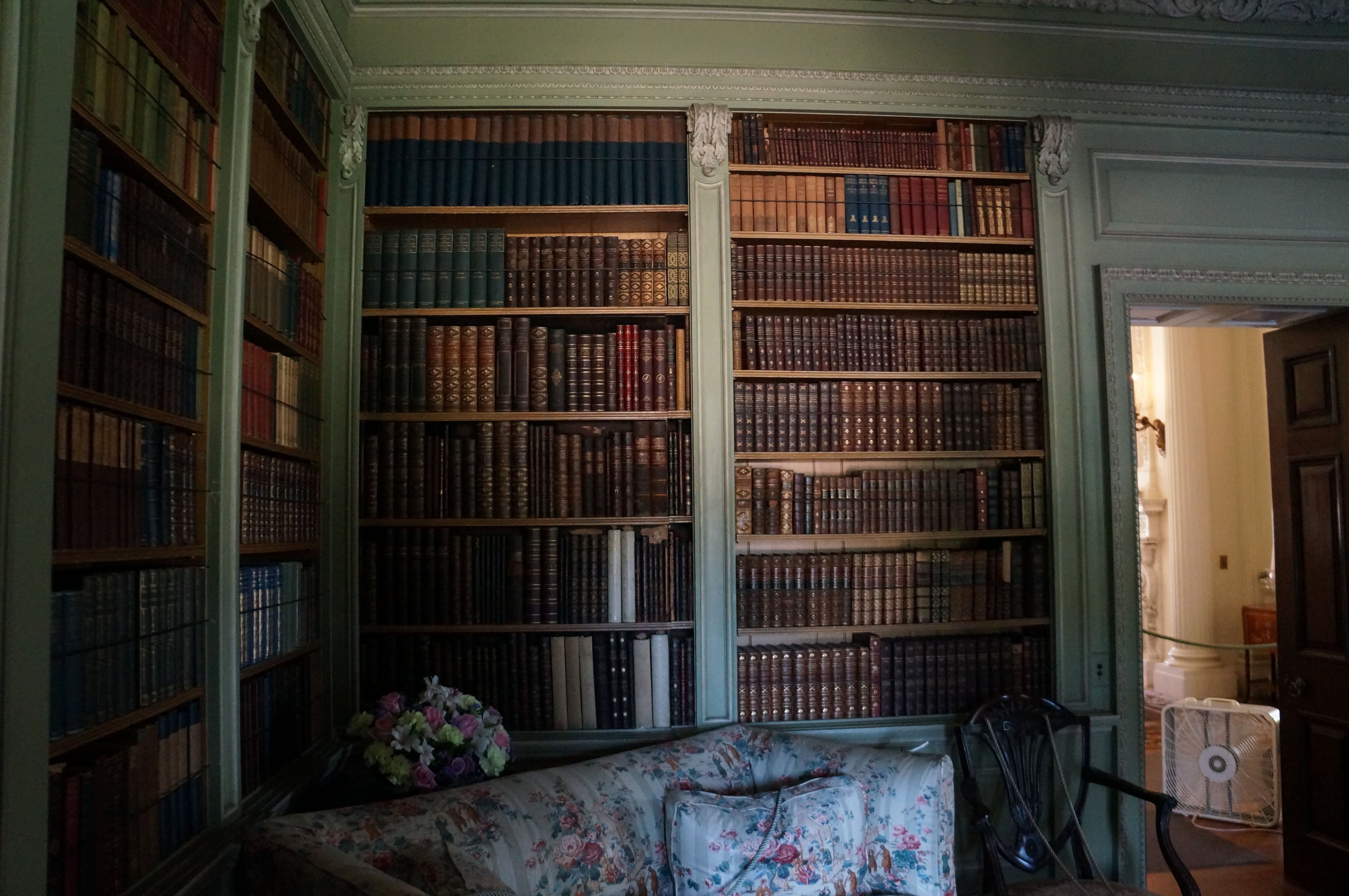 The books.  Oh my goodness the books.  I would love to have a study like this and fill all the bookcases with books and not be worried that I’d have to give them to charity when I moved. I’d fill the shelves with some first editions and then all the fiction novels my little heart desires.

Next was west porch, but I wasn’t too impressed by that area.  If it was my real house, I’d probably love sitting there and reading a book, but as for taking photos, not so much.  I saw a few more rooms before this green one.  It was the family dining room, but became Mr. Phipps’s study.  I loved the green everywhere. 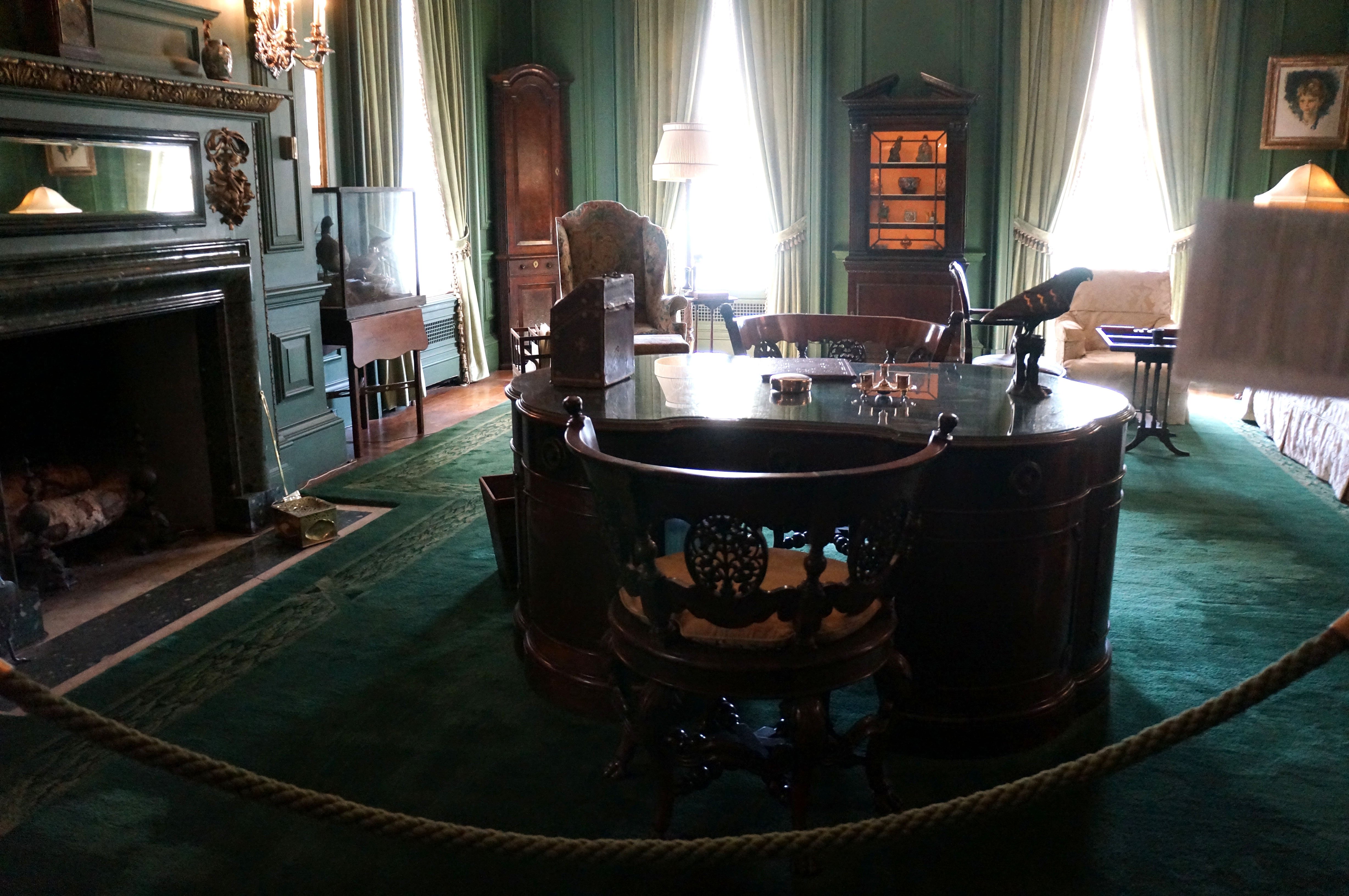 The real dining room followed with the gorgeous chandelier. 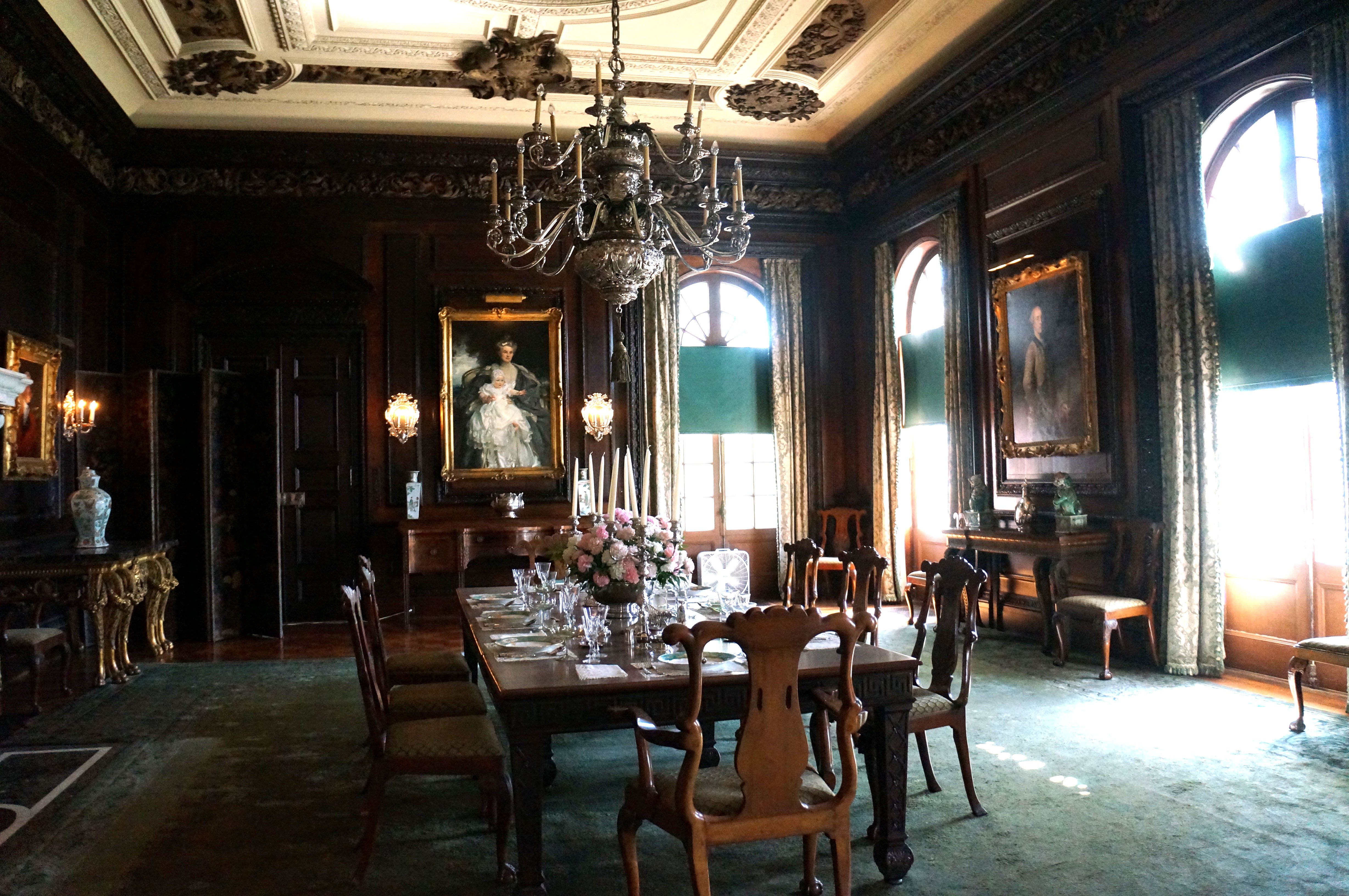 This piano was in the ballroom.  Exactly where it should be, no?  Just waiting for someone to play it. 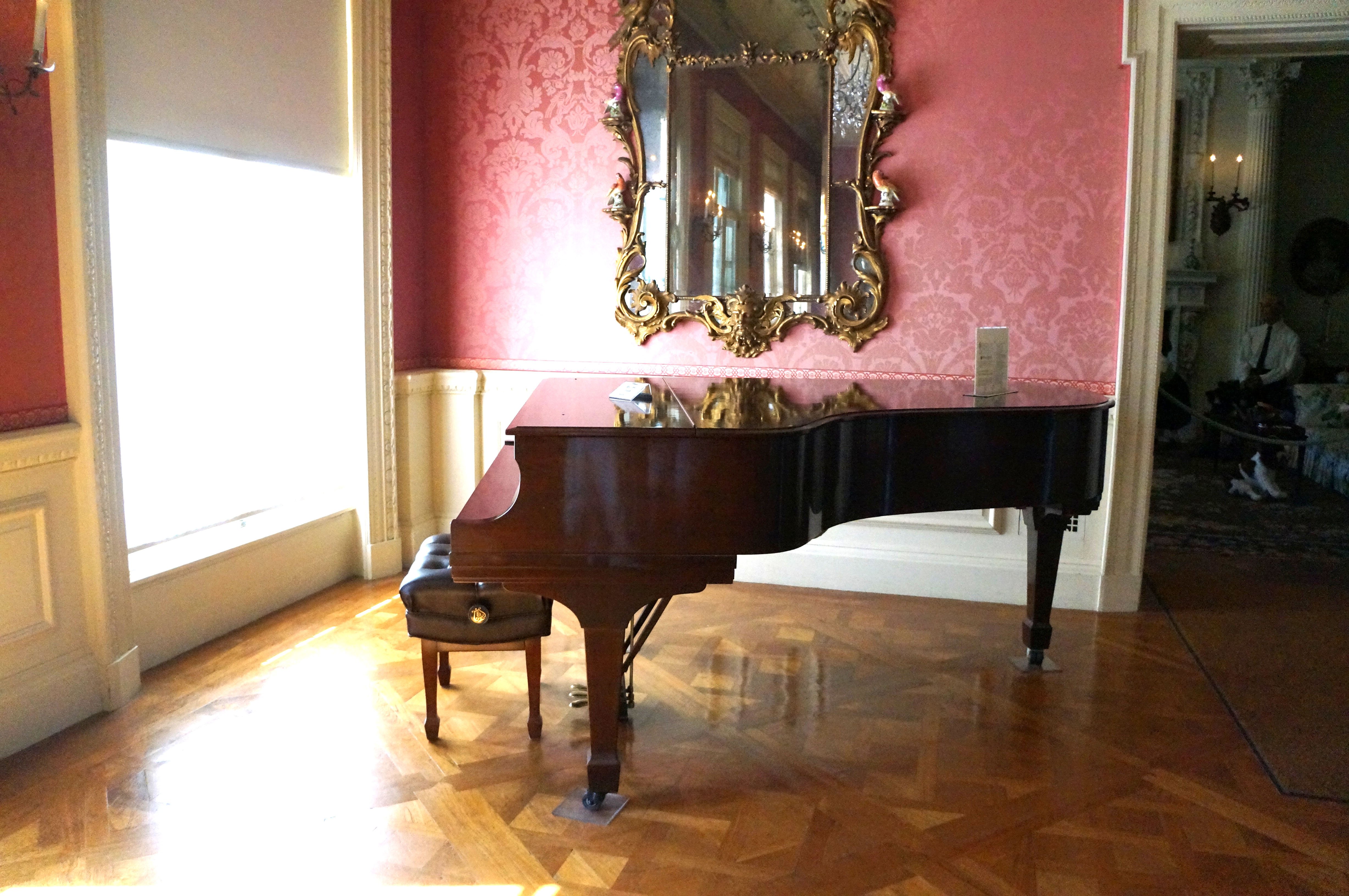 Upstairs were the bedrooms, which were nice, but not particularly noteworthy.  I did decide to take a picture of myself in the hallway.  Hi! 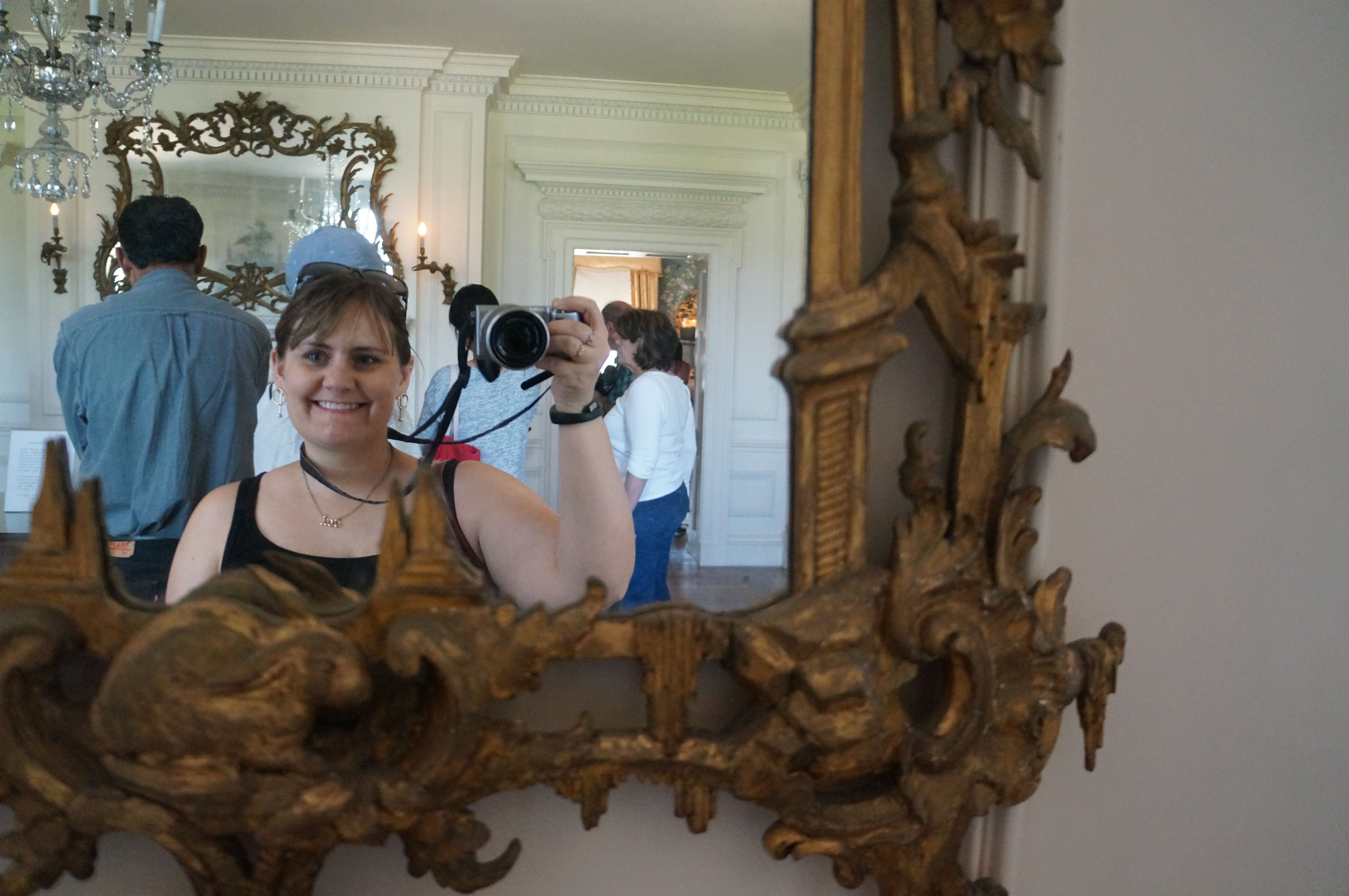 The house was lovely, but I think this place is more known for the gardens.  They are so large that you’re given a map of the grounds when you arrive, and there are also arrows on posts to point out the landmarks.

Upon leaving the house, as you walk past the West Porch, you pass this giant tree, which can actually be seen from the porch.

The stairs are to the right of the above picture and they lead down to this.  Yes, the water was green, not entirely sure why either.  Maybe algae.  A cute little raft floats on the water and you can see another pool in the far distance with a sort of Romanesque structure behind that. 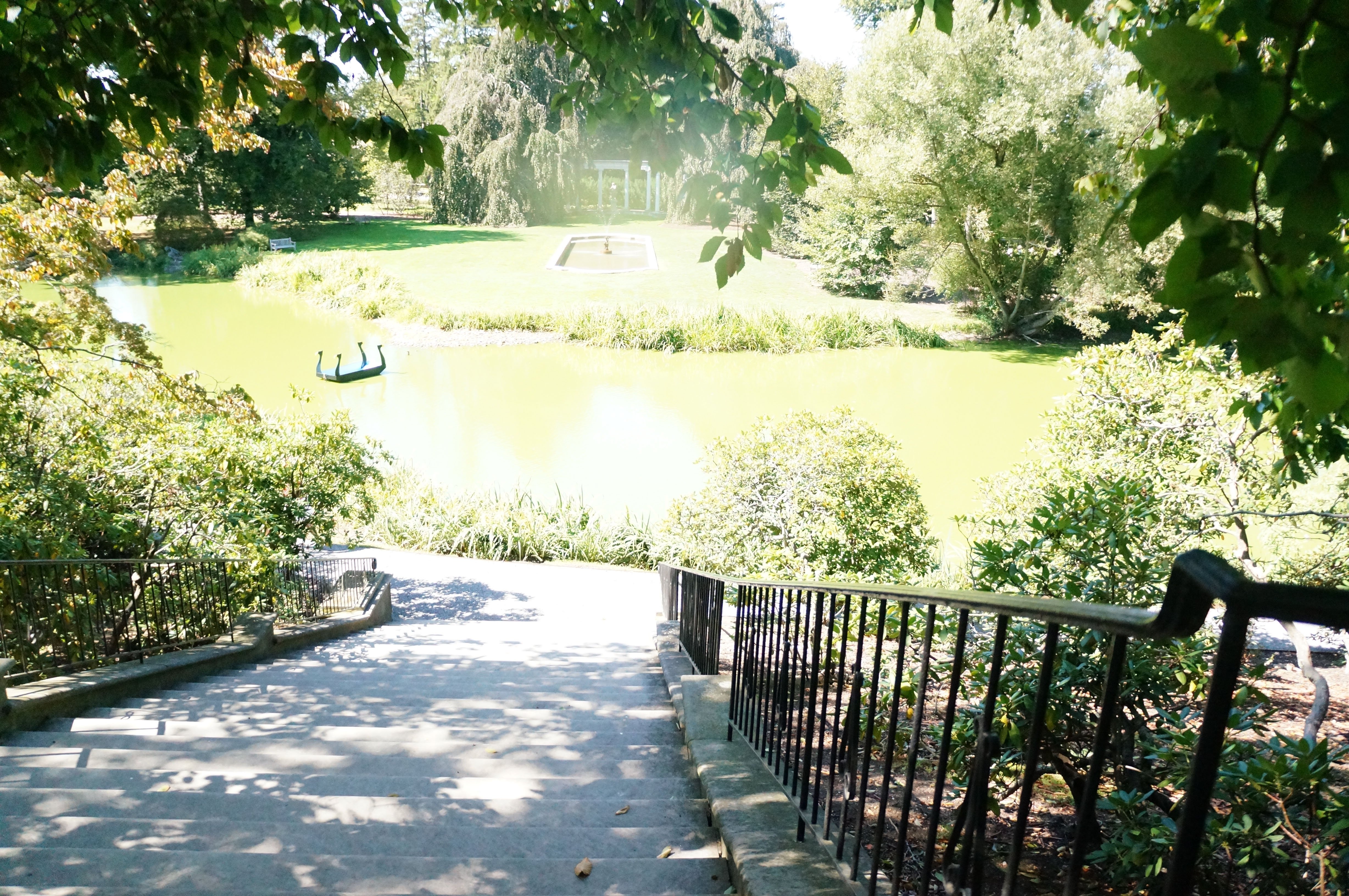 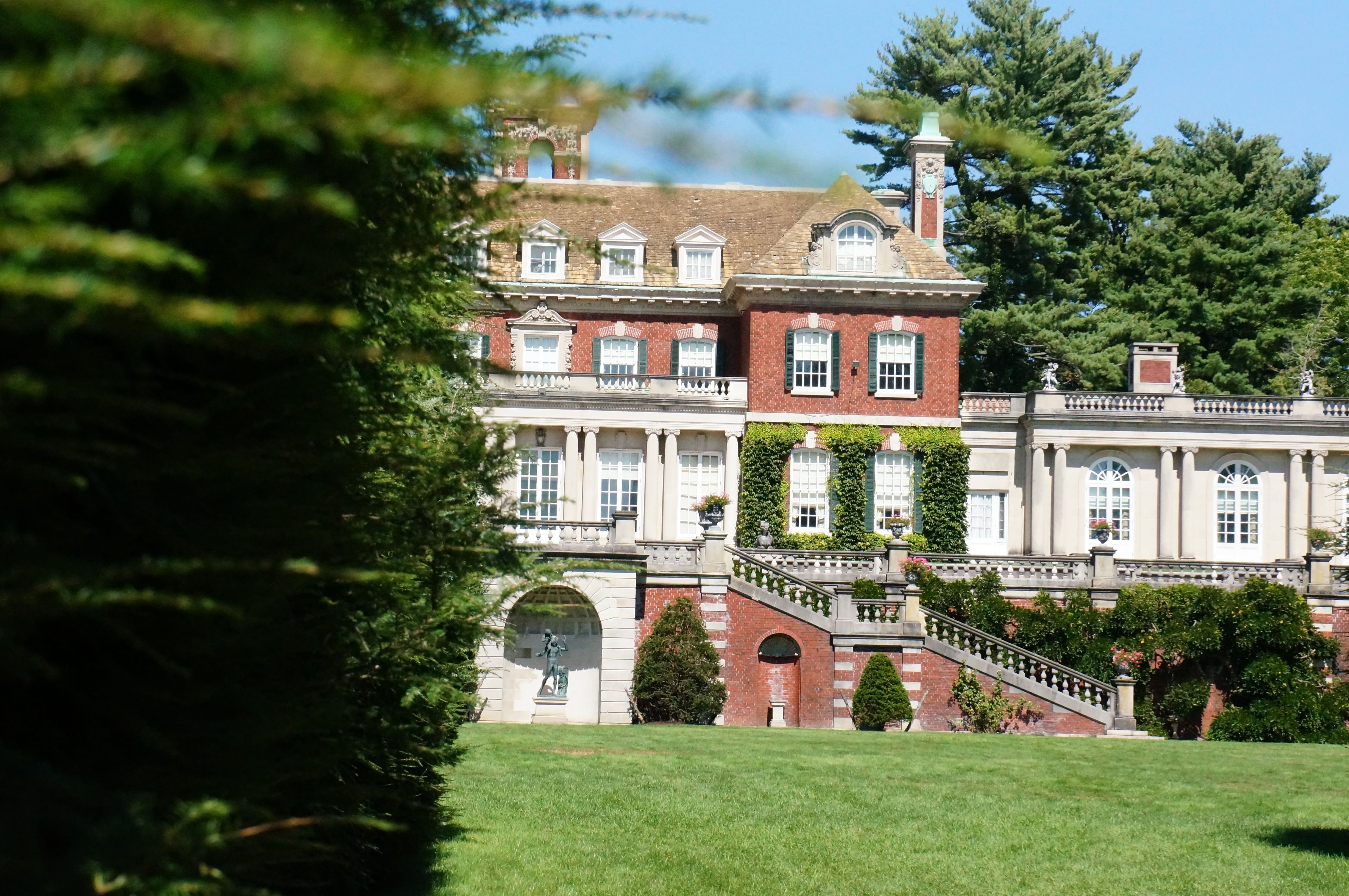 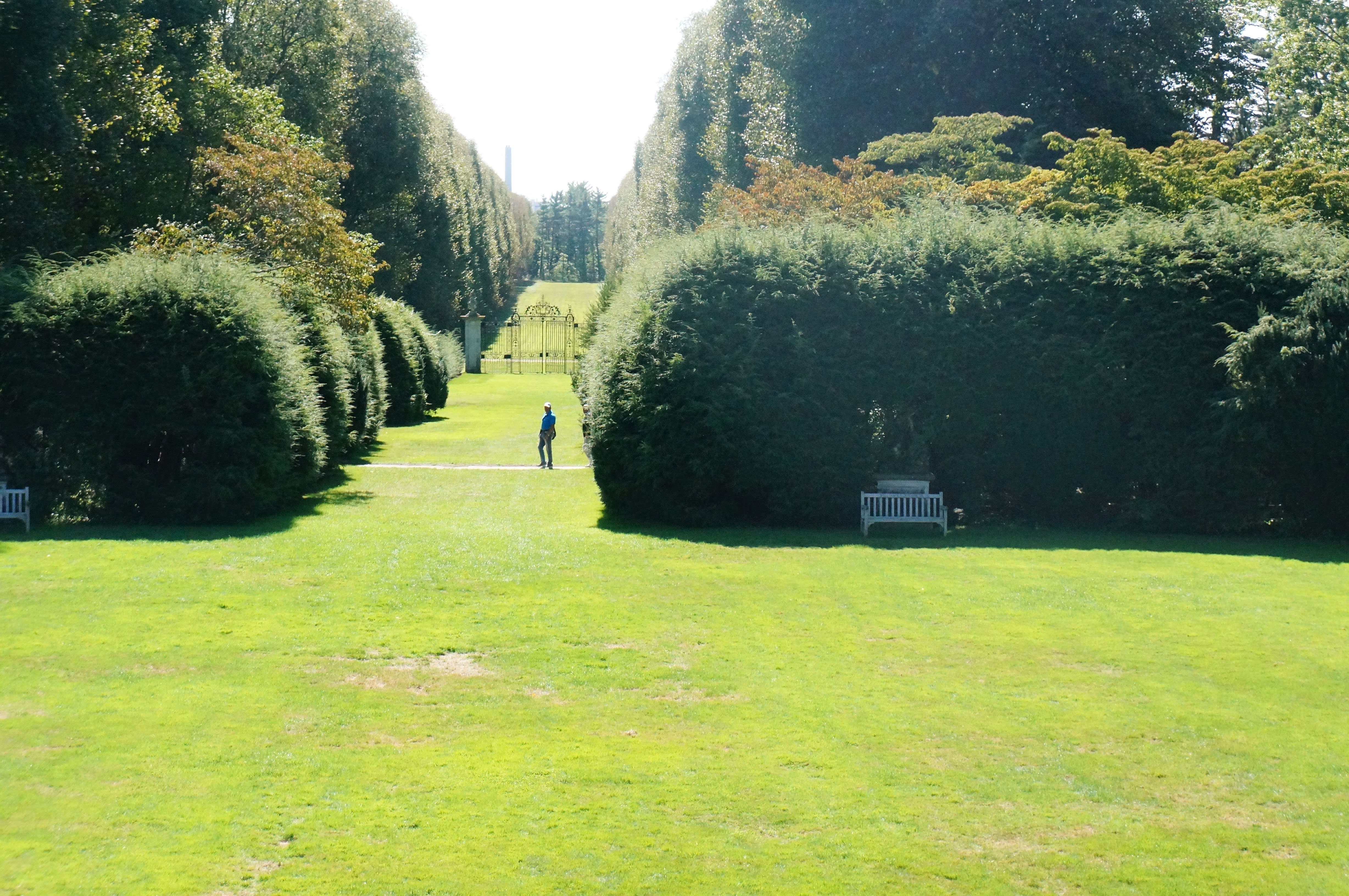 As you continue past the yard, there’s a path that leads to this pool.  It looked so enticing that day.  I wanted to jump in and swim!  It also has Roman qualities to it in the back. 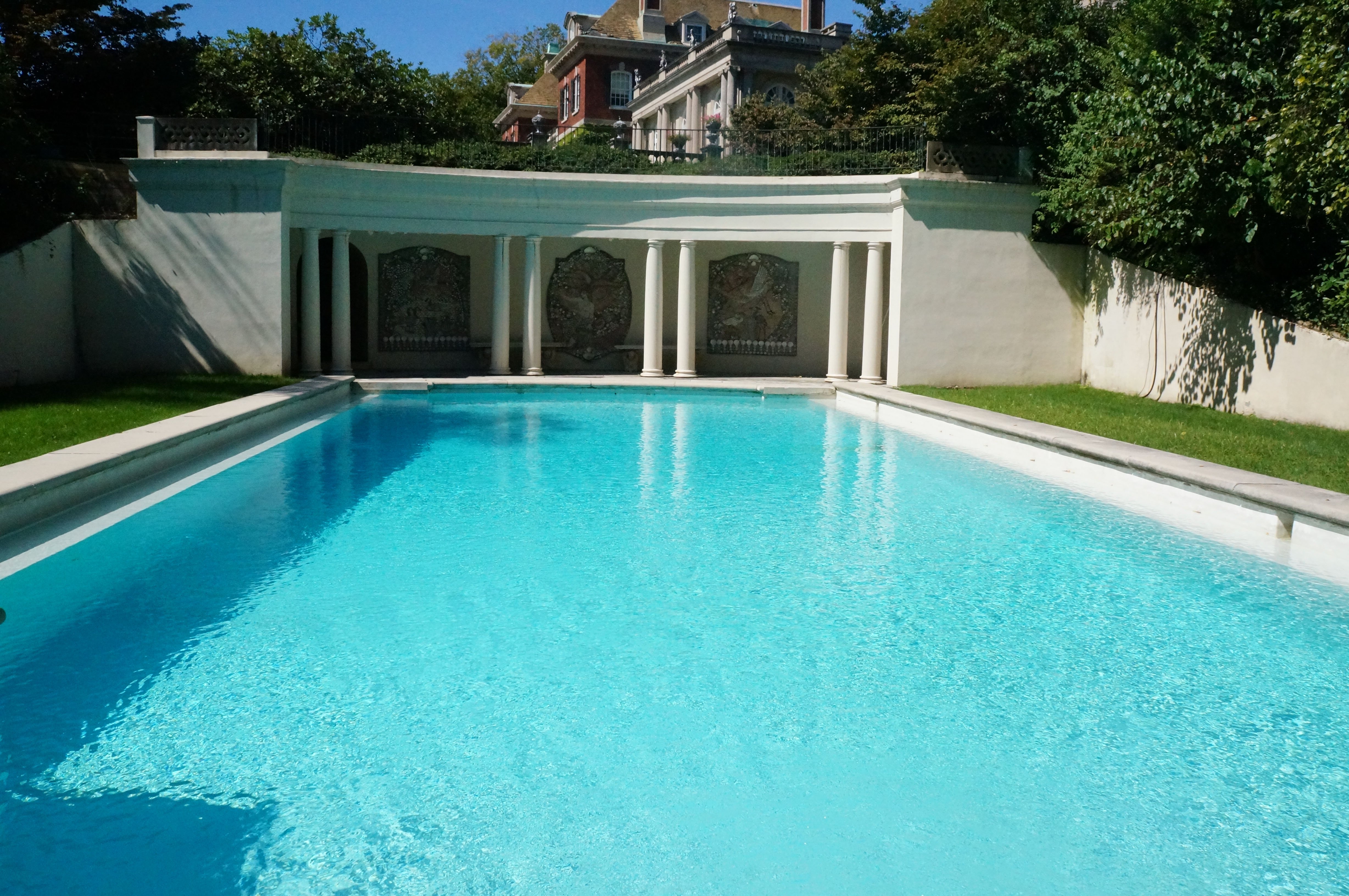 I just thought this statue nearby was pretty, especially with the way the sun hit it. 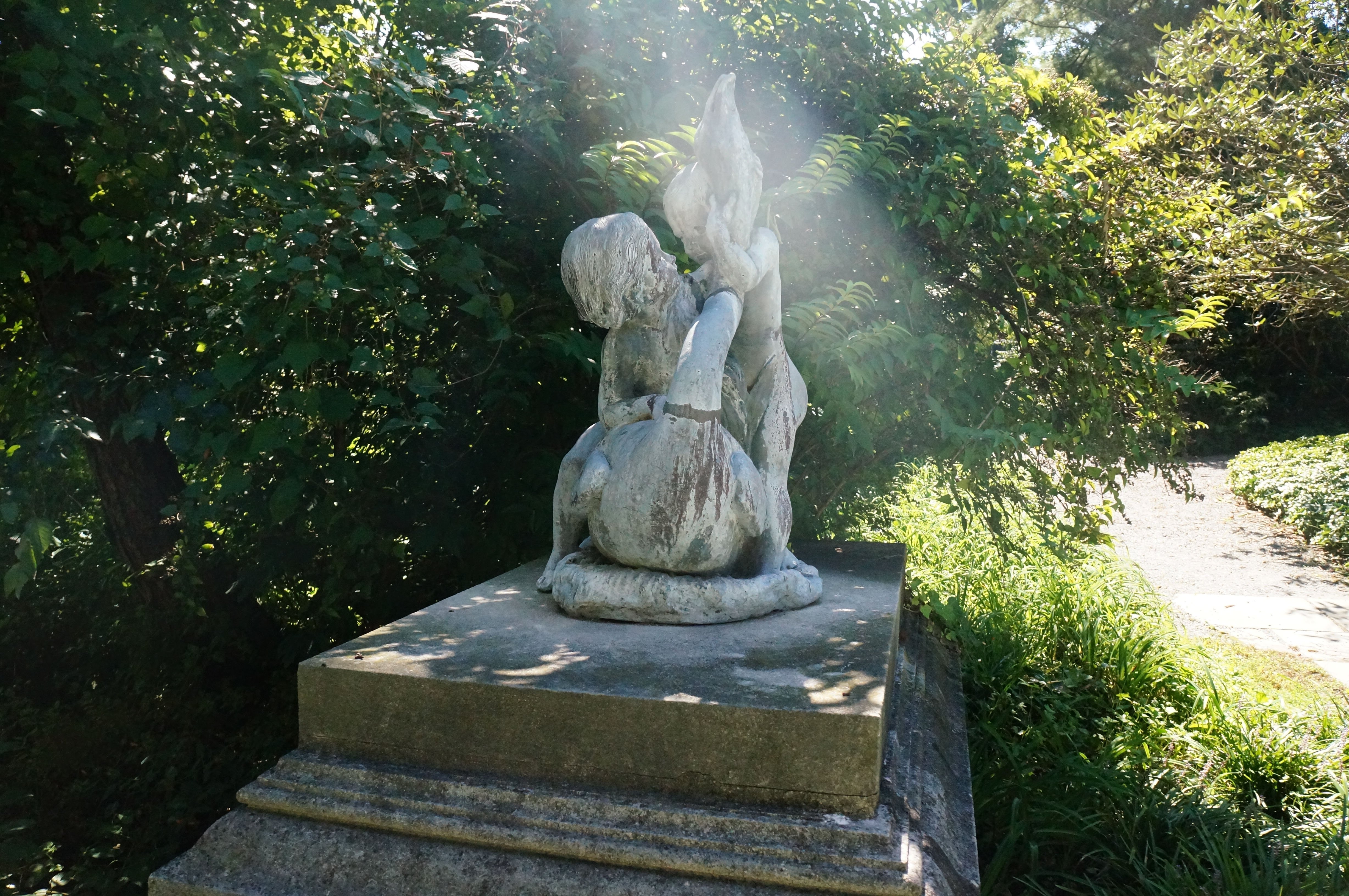 As I meandered back toward the large lawn-like area and past that there were a bunch of little wooden huts.  I have no idea what they’re there for, but I thought they were very cute. 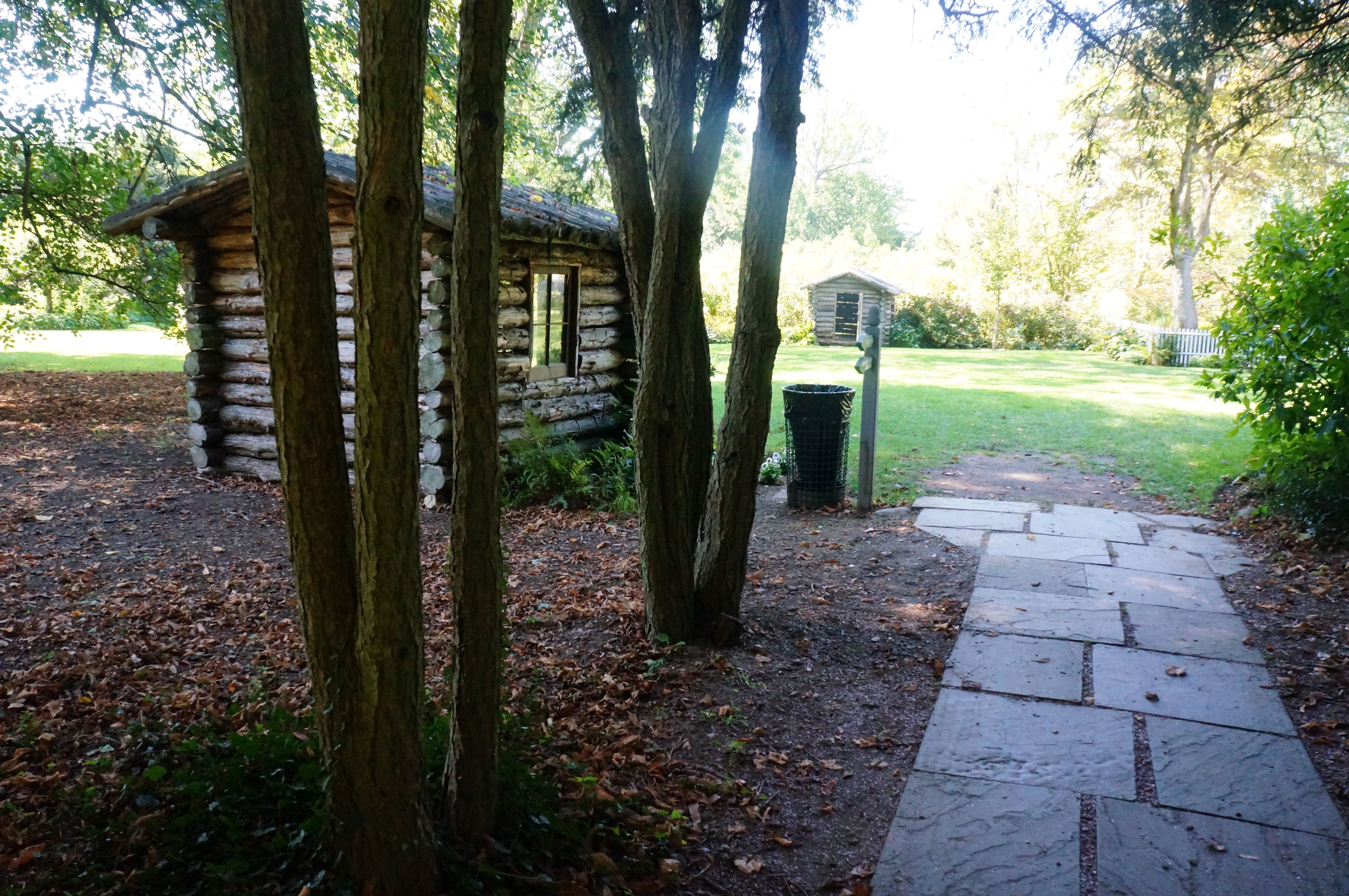 To the right of this was a thatched cottage.  As my eyes took it in, the first thing I thought was, this is the cottage from the book Mandy, by Julie Andrews Edwards.  Yes, THE Julie Andrews.  It’s a great book about an orphan who creates her own place from an abandoned cottage she finds in the woods.  Even the picture on the cover of the book reminds me of this house! 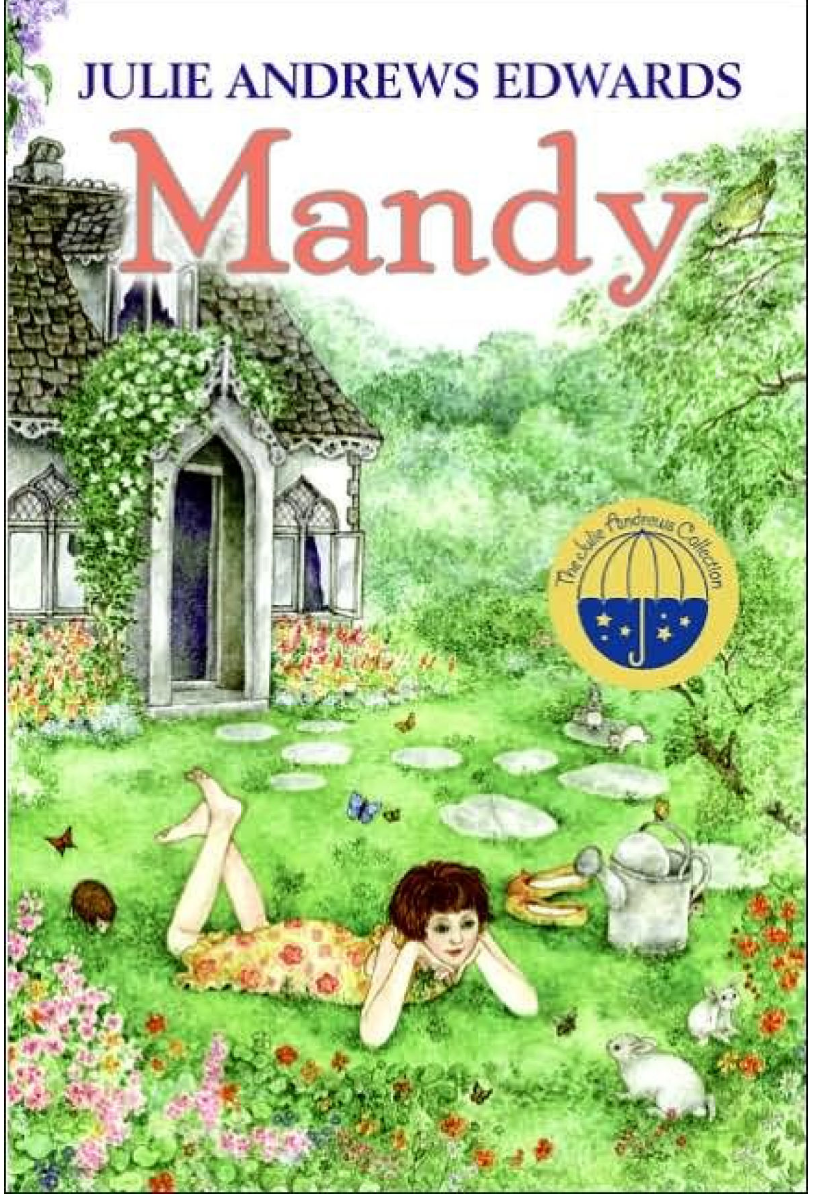 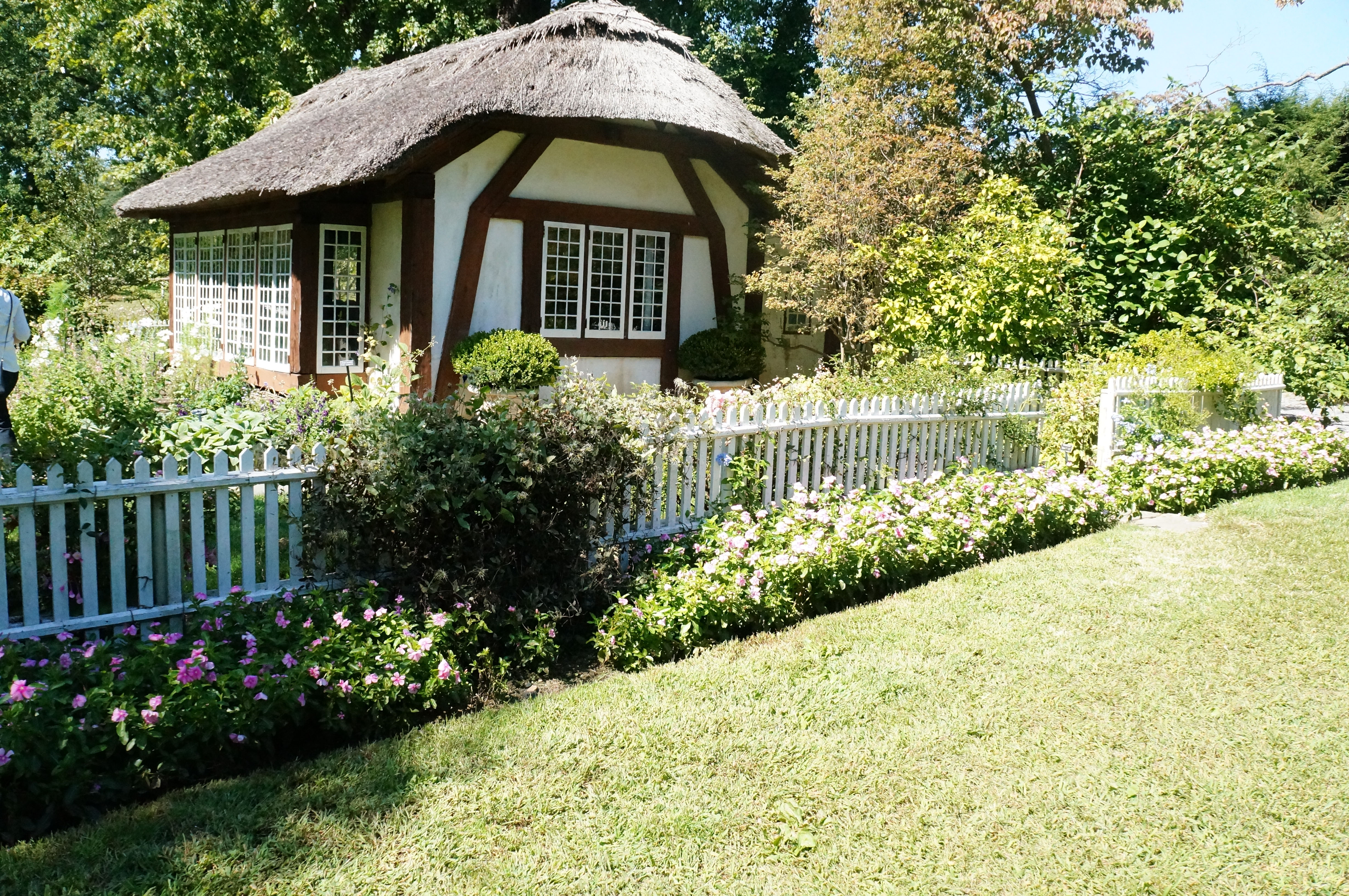 This wasn’t the only area that reminded me of a book.  There was also a walled garden!  That, of course, reminded me of the book, The Secret Garden, by Frances Hodgson Burnett.  Another one of my favorite books. 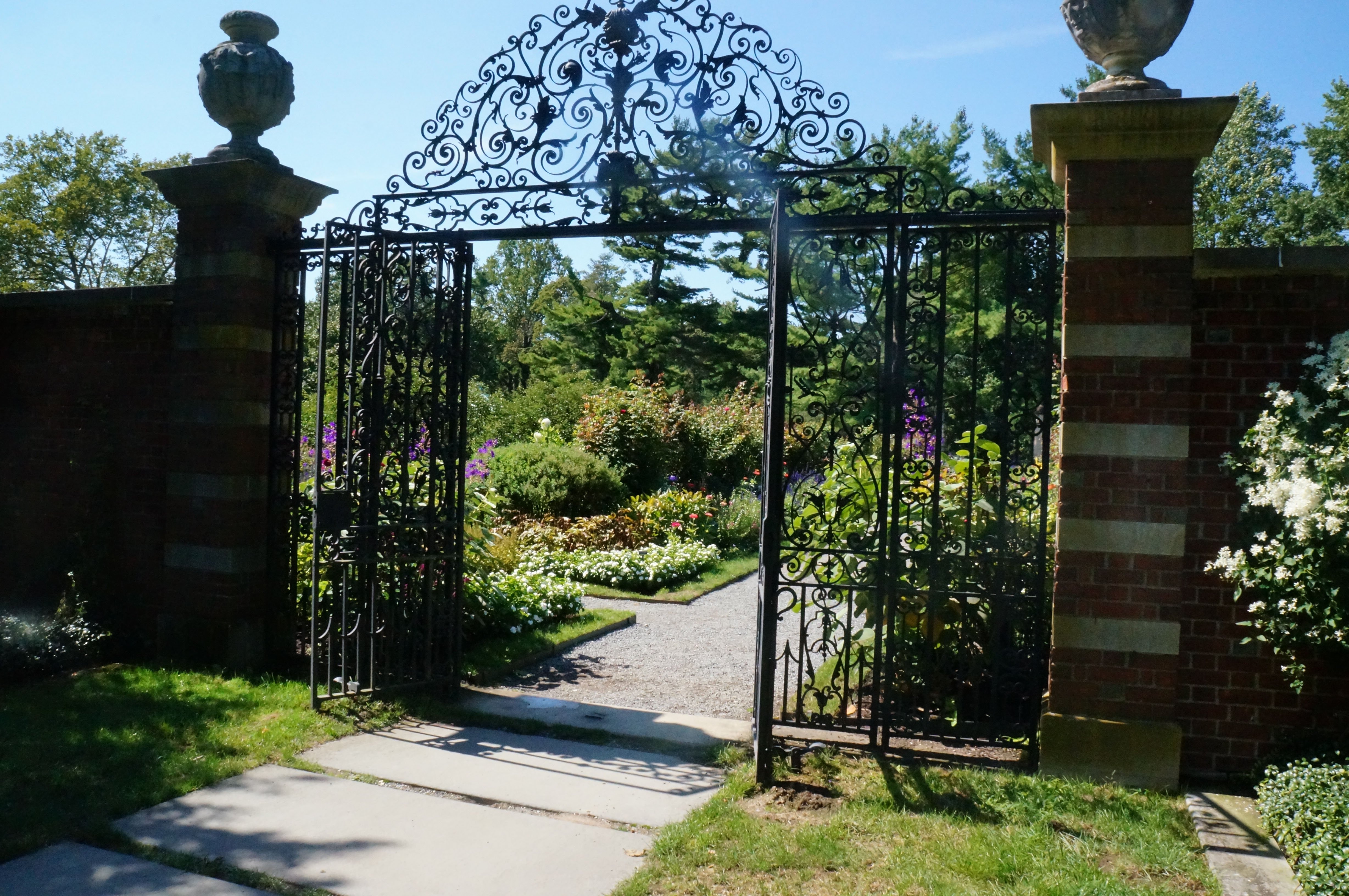 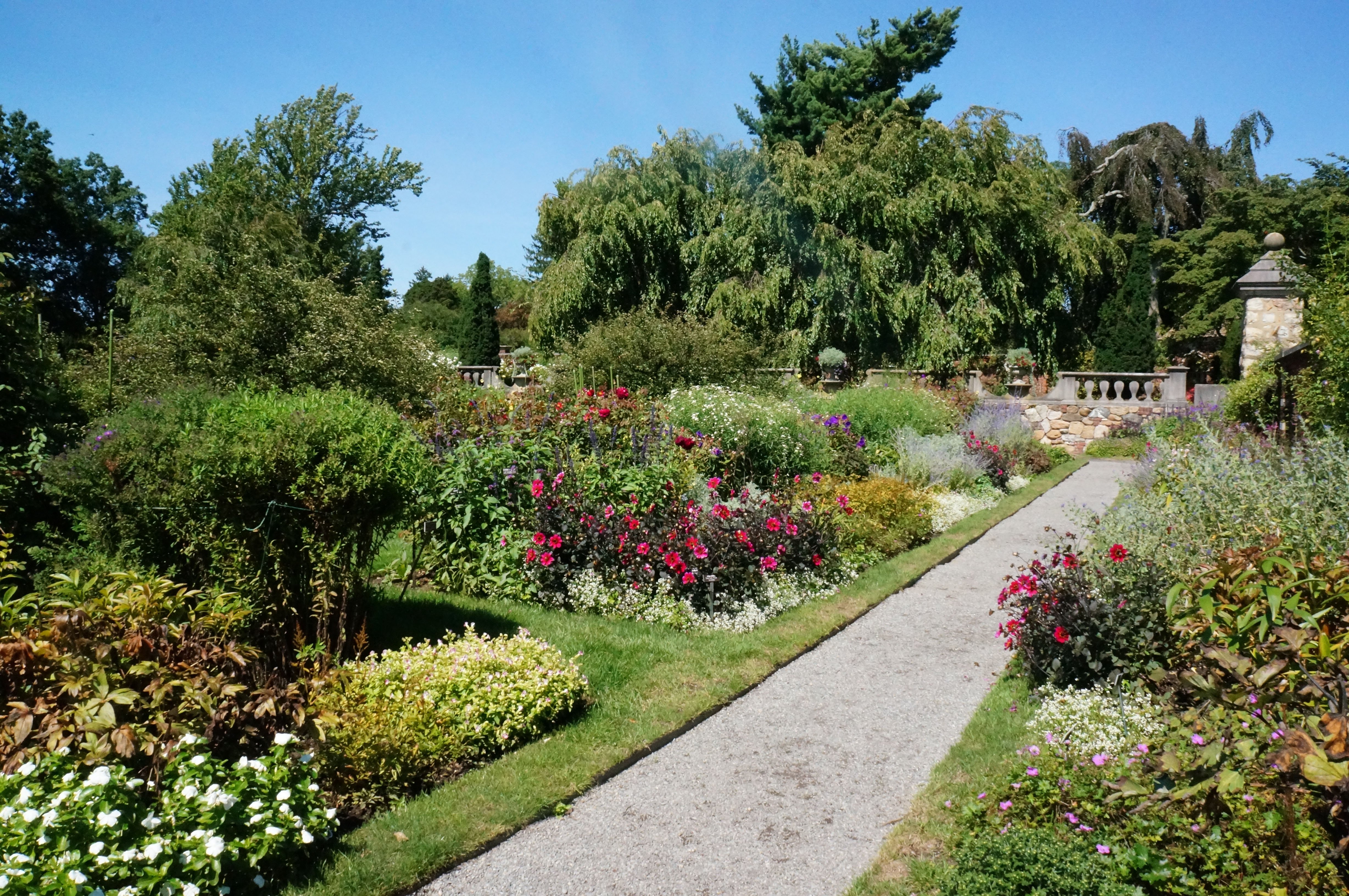 This was a great day trip from New York.  I would budget half a day for it and make sure to get an uber back to the train station.  The cabs are plentiful on arriving at the train station, but getting one back is much more difficult.  Uber is the way to go.

In my opinion, this would only be a full day excursion if you’re planning on having a picnic, or are attending one of their events.  It’s more of something to see when you’ve lived here a while.  It’s a great way to spend a day away from the city; even though it’s barely an hour from Manhattan, it feels like you’re in a different world.