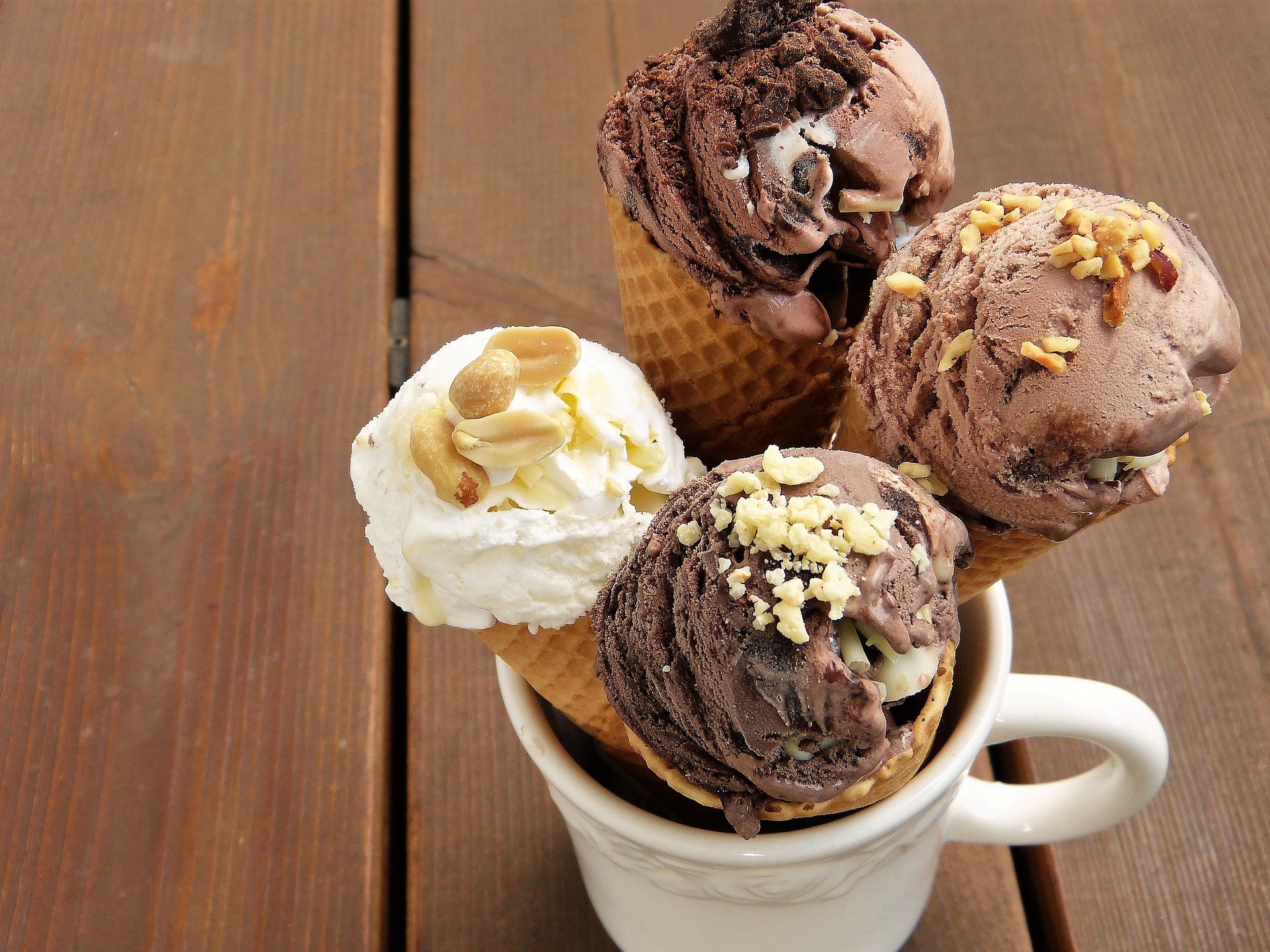 Ice cream screams summer to me and as this one comes to a close, I thought it would be fun to share my top 5 ice cream places in NYC.  Let me tell you, it was such a hardship trying all these different ones for you guys.  Ha ha ha!  One thing I do miss is this little ice cream place where I grew up called Gilly’s.  It had frozen custard.  Frozen custard is made with eggs in addition to the regular cream and sugar.  It gives it a sweeter taste and smoother consistency.  These aren’t frozen custard, but they’re delectable anyway.  Read on for my picks! 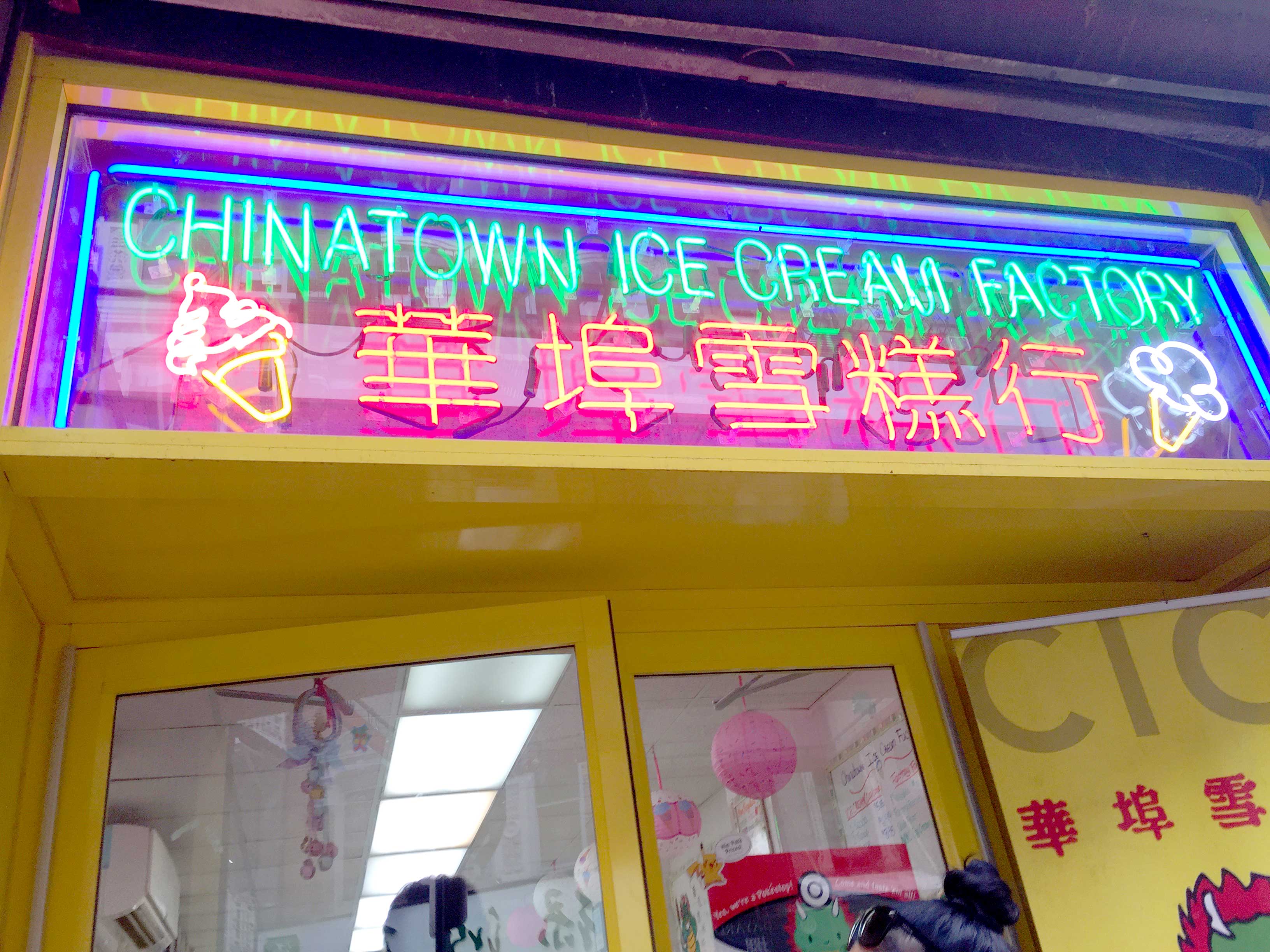 This is on a lot of ‘best of’ lists and I think the different flavors is the reason why.  It really does have a number of unique flavors to choose from.  If you’re paying with cash, you can be in and out quickly.  I’m not even sure if they take cards.

I’m not the most adventurous ice cream eater, so I went with almond cookie here.  It was only alright.  The colors are very Asian inspired – gee, I wonder why!  HA!  I was tempted to try a ginger one, but then I was like, I don’t love ginger in general, so why would I get this?  I’d tried red bean ice cream in Hawaii last year and was NOT a fan, so that was out!  If I go back I’d try zen butter – Peanut butter ice cream with toasted sesame seeds.  I love peanut butter and sesame seeds – so that could be a winner! 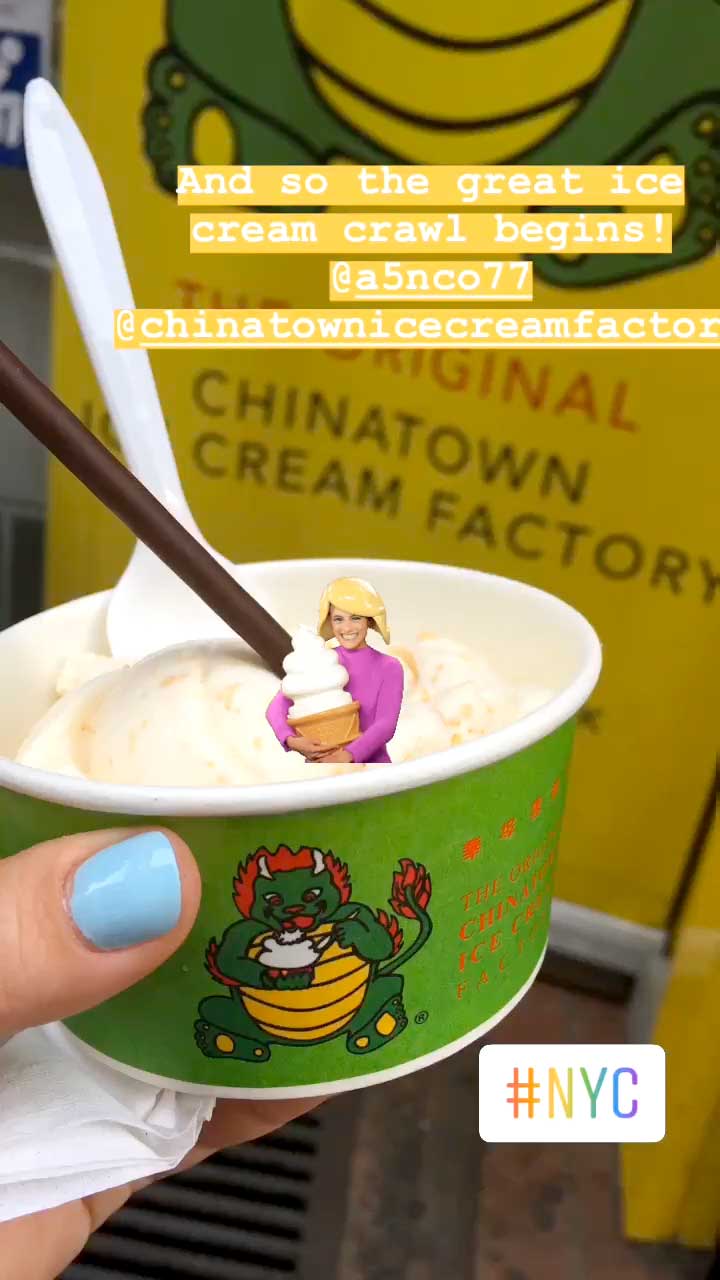 The king of soft serve!  You get a great big serving of the ice cream itself.  There’s always a line.  They have great names for their concoctions, like Salty Pimp, and American Globs.  This is a great stop if you’re in the neighborhood (they have them in 3 NY locations and 1 PA!) and are dying for an ice cream.

Ok, so this is one I haven’t gotten to yet, but it’s on my list.  It’s where the rolled up ice cream craze started!  It’s such a neat look!  This place has 4 NY locations and 1 in LA.  This flavor catches my eye, and I think I’ll be trying that one when I get there!  Ain’t Got No Thai Fo’ Dat.  How funny is that?  Is it bad to try something just because the name is catchy?  Me thinks not! 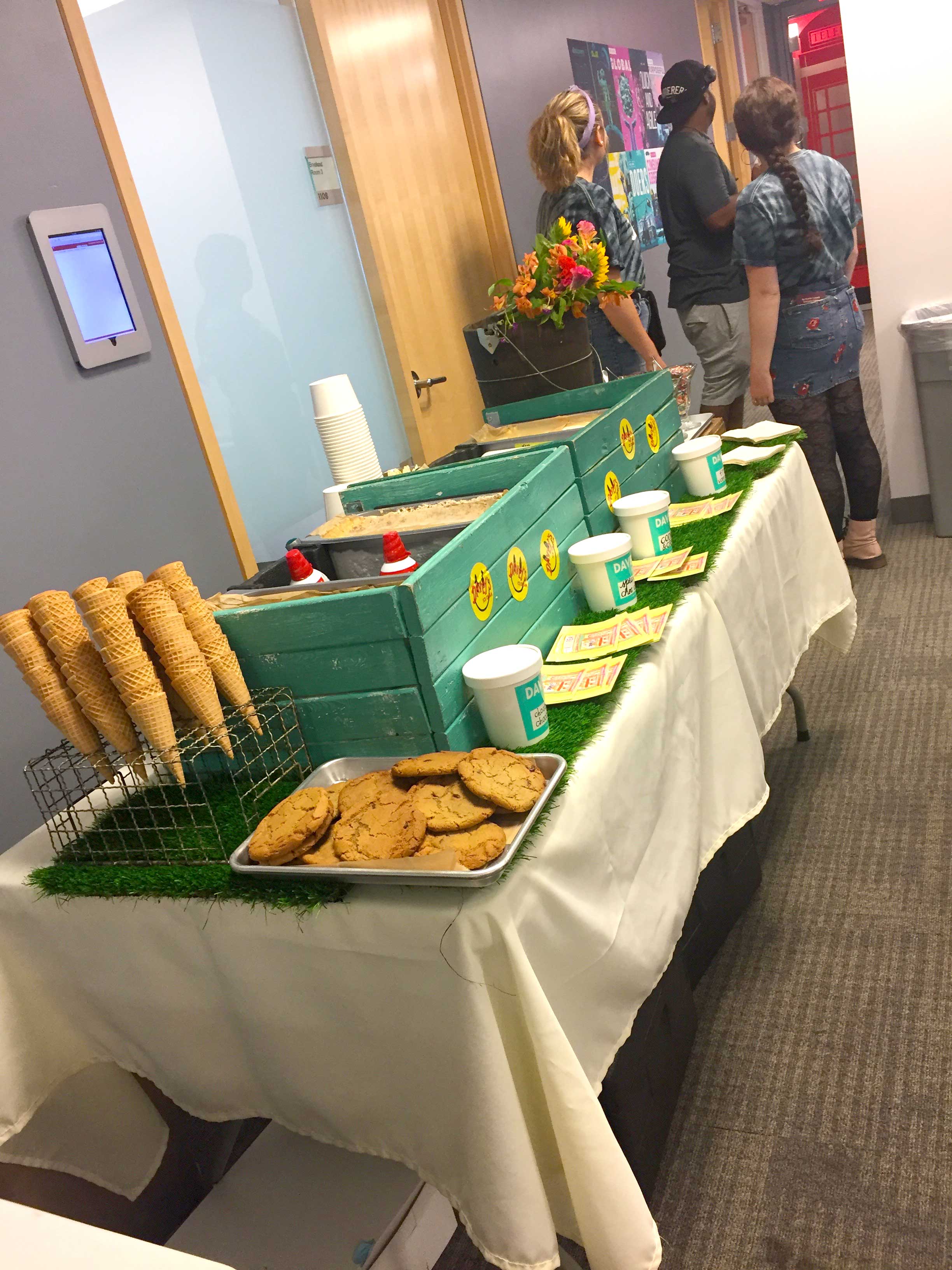 I was lucky enough to get this ice cream at work!  They do sundae bars for corporate events!  Let me tell you, they do not disappoint!  Not only is the presentation top notch, the ice cream is delish, and the servers are the sweetest!  It’s a win win situation.  If you’re not as lucky as I was, they have a location in the east village, and two in Brooklyn.  And they deliver!  Sorry out of towners, you’ll just have to come to try them in person!  I was so greedy, I had two scoops!  I had one of speculoos (a sort of german shortbread cookie ice cream) along with their cookies and cream.  I think I might have liked the cookies and cream a little more than the speculoos.  But they were both delicious!  I would definitely go to their stores for more of that yummy goodness! 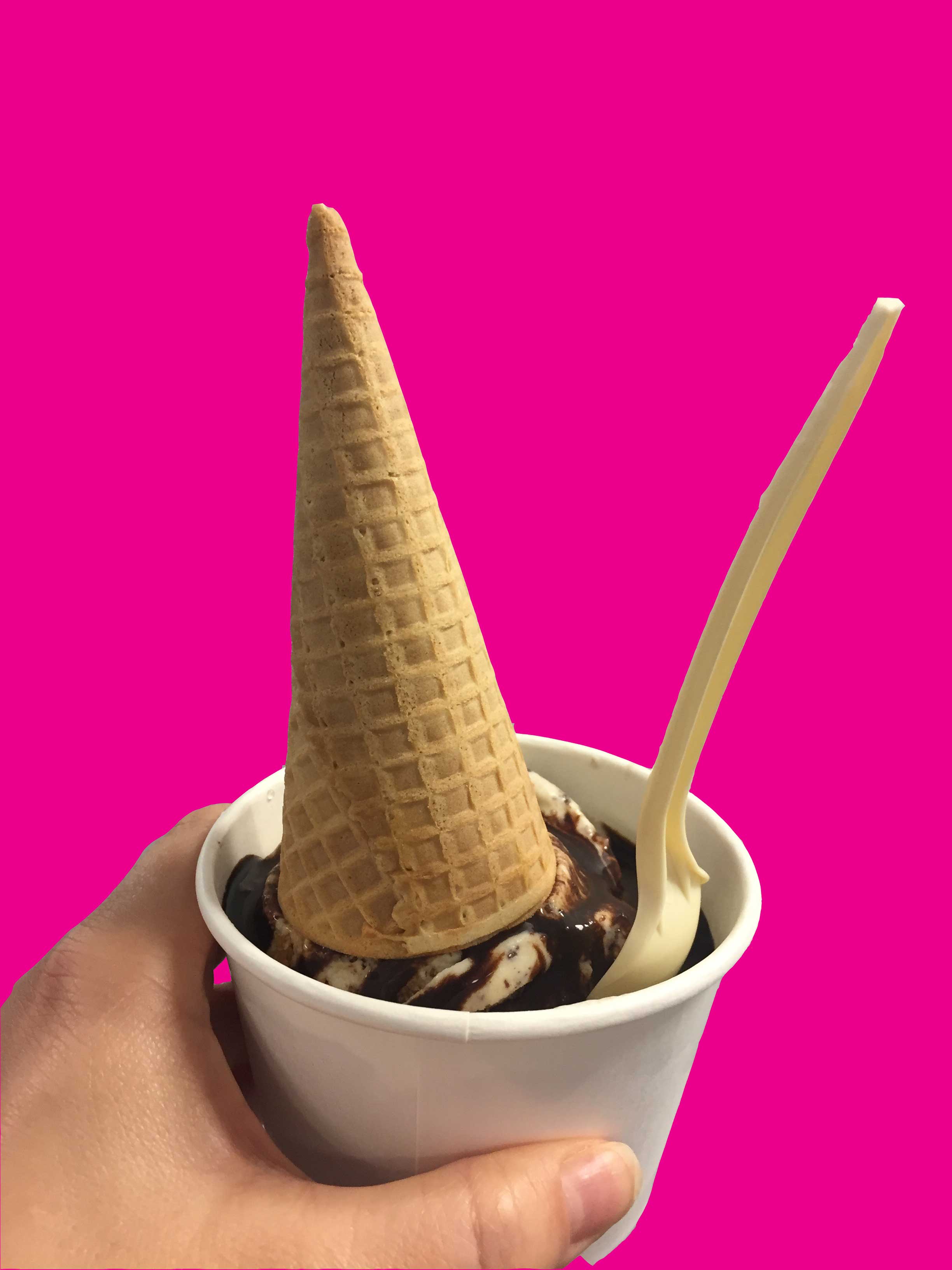 This is my number one pick for best ice cream I’ve had so far in NYC.  It could have been the waffle, it could have been the ice cream, it could have been that it was shaped into a rose and became a completely instagrammable moment.  All I know is that it was my favorite.  I got a chocolate lovers chocolate, with coconut flakes on top.  It was so chocolately and decadent.  I thought I was going to burst when I finished it.  One thing I will say – eat fast.  I think I took too long and at the bottom the waffle became a soggy mess.  That was not pleasing.  I mean, you don’t want to eat too fast and get an ice cream headache, but you also don’t want soggy waffle.  Other than that, it was the best experience.  The one we went in wasn’t that crowded.  One thing I will say – if you want to sit down and eat it, there’s not much space inside.  It would be best to go into the park across the street.  We saw some people doing that.

That’s it guys!  Hats off to this Labor Day holiday this weekend.  Go get some ice cream and tag me on Insta especially if you get any from my top 5 places!  Let me know in the comments if I got some of your faves or which ones I missed.