*This is a sponsored post, but the opinions are all mine!*

For as long as I can remember, I’ve had intense dark under eye circles.  I’ve talked about my love of Bye Bye Under eye concealer on the blog.  Even though I do love that product, my eyes are still darker than I’d like them to be, so imagine my surprise when VII Code reached out to me to try their Oxygen Eye Mask. 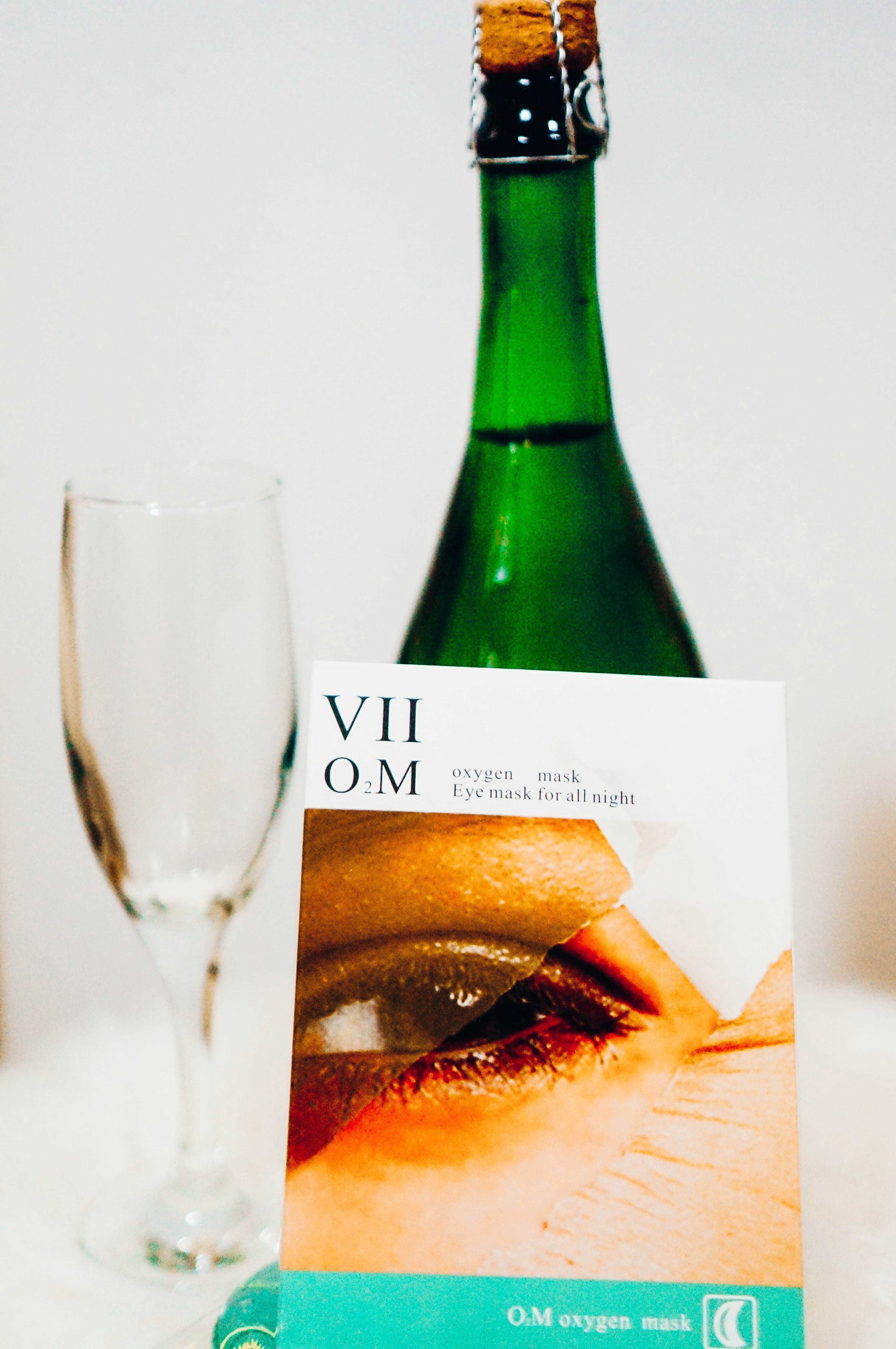 I’d never heard of VII Code, but the idea of an eye mask intrigued me, so I went to their website to check them out.  The company was founded by Byrne Victor at the end of the 18th century.  He believed that “every woman could be the most beautiful in her own way…”   He had a genetic skin disease that he cured, which led to him becoming a pseudo celeb and giving Napoleon’s wife, Queen Josephine, his “ageless mystery” cream.  That formula was kept a secret till her death.  The company became a luxury skincare club after WW2, started by a descendant of Byrne Victor.  However, not many people could afford the club, so they eventually created a line that more people could use.  Now, there are two categories of VII code skincare lines: VII Beauty for basic skin care and VII Code for luxury skin care.

My contact at VII Code sent me the eye mask that’s from the luxury skin care line.  It shows up in a box containing six treatments. 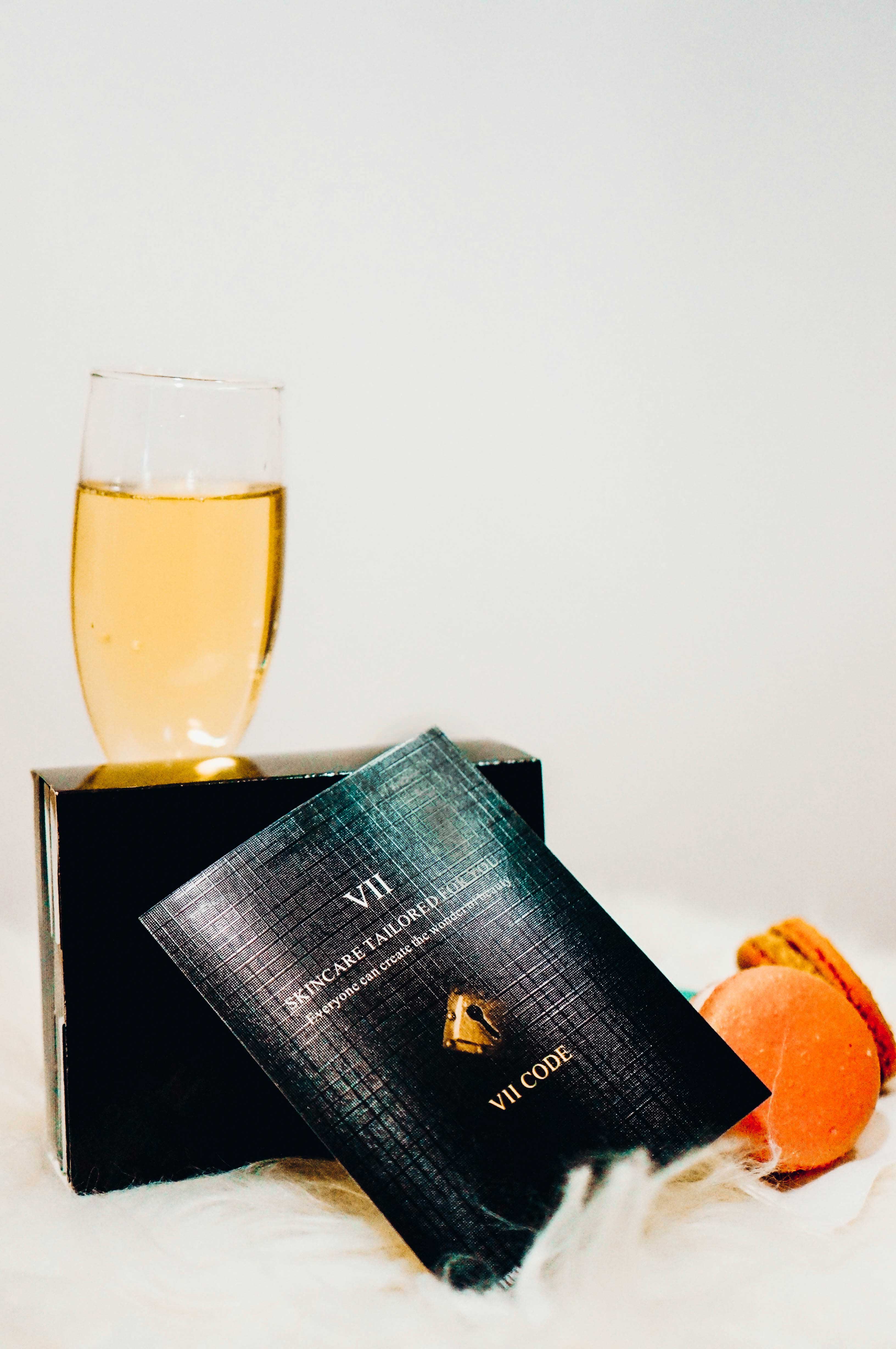 They say you should do it every other day.  These under eye masks are different from other under eye treatments because they’re meant to stay on overnight for 8 hours.  I’ve never had a mask that you can keep on for that long. 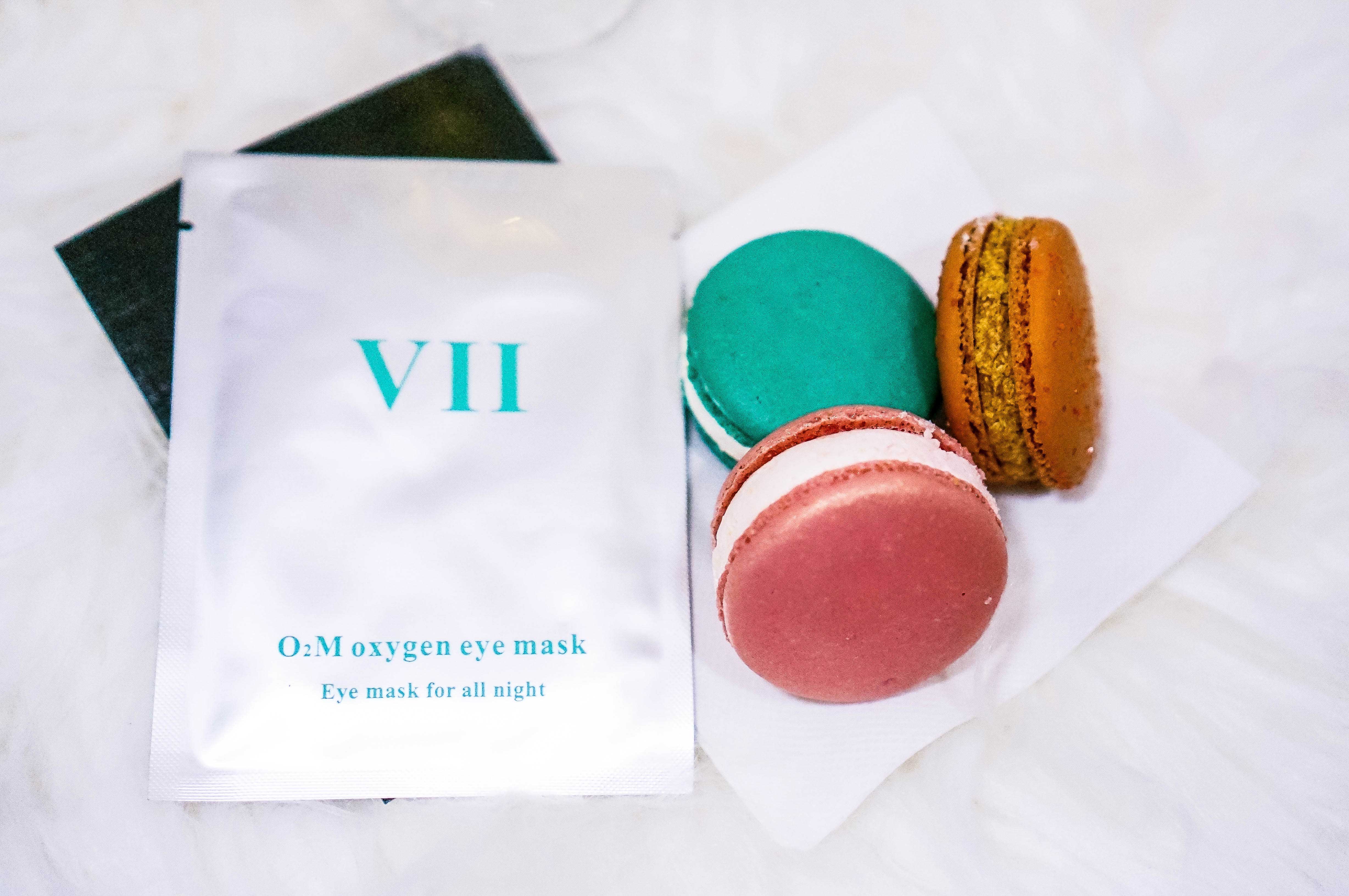 The gel, which is the best feature of the mask, keeps the mask in place.  I keep saying mask,  but as you will be able to tell from the pictures below, they’re more like under eye patches.  At any rate, they’re filled with goodness. They’re actually pretty cool to put on.  After you take them out of the pouch, they’re in a little tray.  There’s a fine plastic attached to the mask so that the gel feature isn’t disturbed. 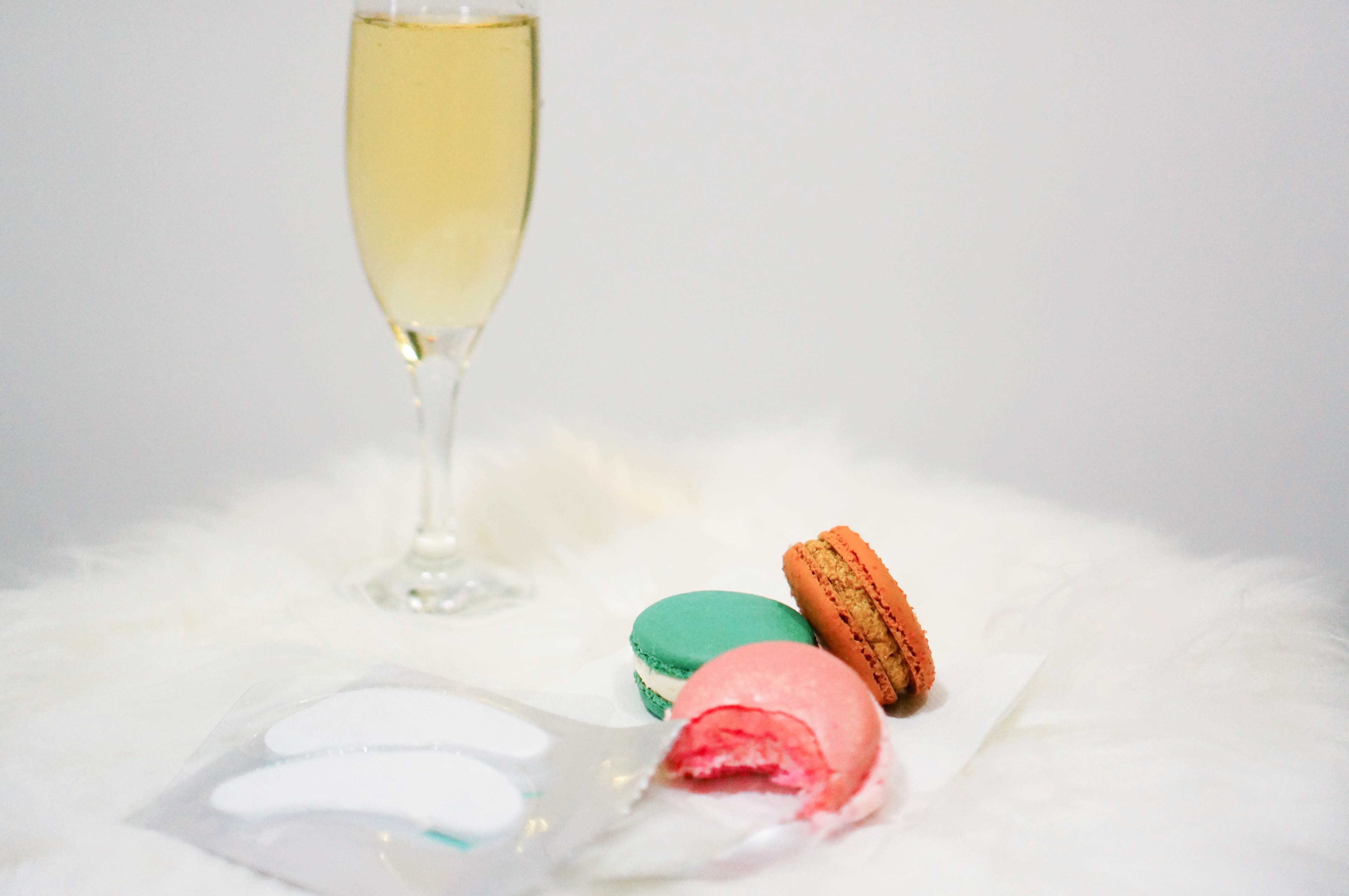 After you peel off the plastic, you attach the gel side to under your eye.  If I have one complaint it’s that the mask/patches are a bit big for my face.  However, I do have a smaller face than most people, so it might not be a problem for everyone else.  The gel keeps the mask in place for the 8 hours that you sleep.  The gel is made from all natural ingredients as well.  Lately, I’ve been on a kick to be as natural and paraben free as possible. 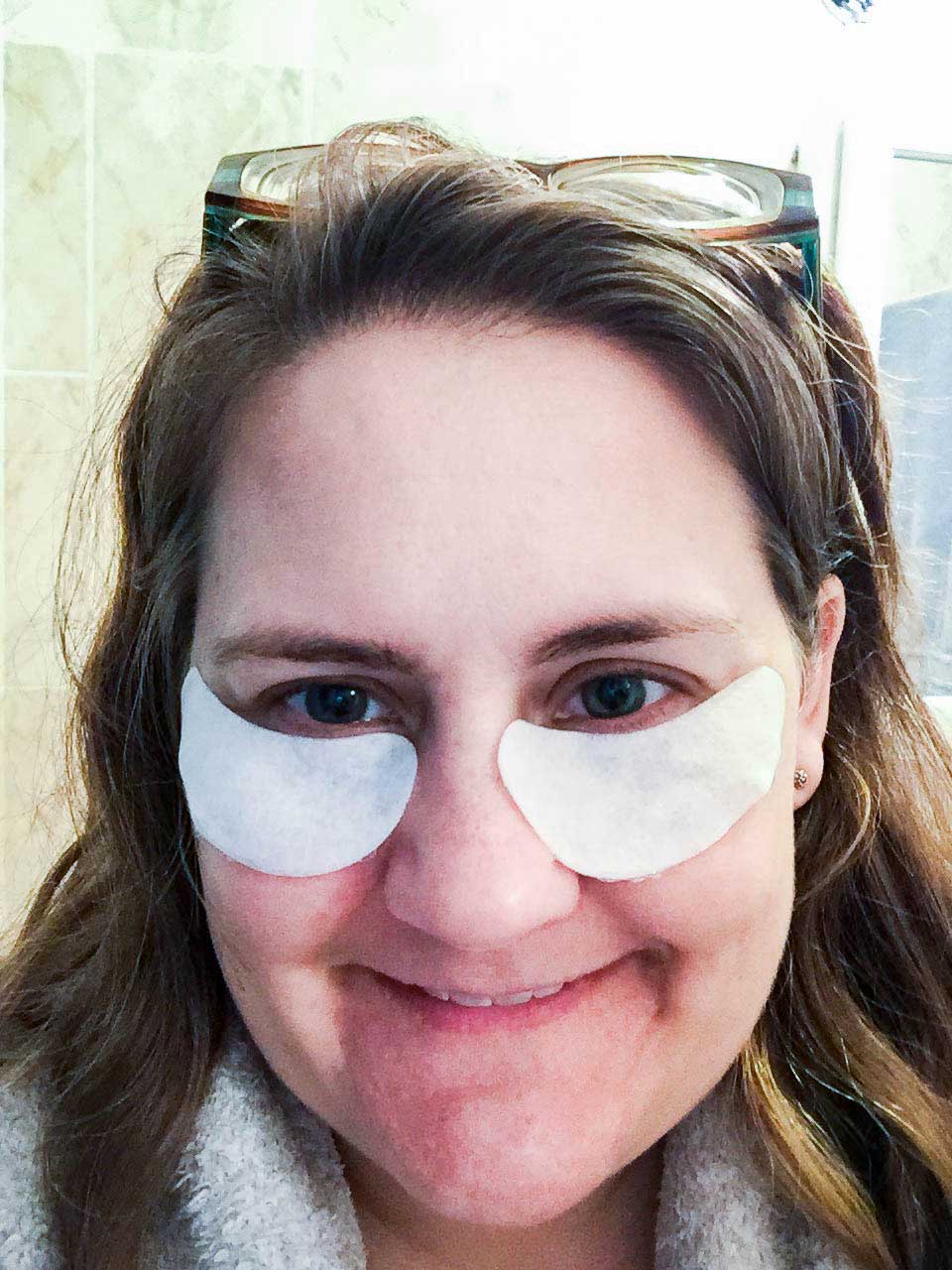 According to their website, they claim “you’ll experience soft, rehydrated skin without puffiness or discoloration.”  Um, so much yes!  Honestly, I was surprised at how the skin under my eyes felt the next morning!  First off, the masks/patches were still on – and I’m a wild sleeper.  (I’ve found my blankets on the floor, along with pillows before.)  Secondly, after I peeled off the masks, my under eye area felt so moisturized and soft.  It’s not like they’re dry all the time, but I’ve never experienced them being this soft.  My mom and sister saw me on FaceTime after just the first treatment and were astounded at the difference the mask made.  My friend even asked me in person what I was doing differently because I look great.

The only annoying thing about this is now I’m addicted to the way they make my under eyes feel.  I’m going to have to add this to my beauty regimen.  It is nice you don’t have to do it every night.  The next one I am going to try is the one dedicated to dark under eye circles.  If this one was for general under eye care, I can’t imagine how great the dark circle one will be.  It says it’s exclusive for dark circles.  See, this is the only bad thing about getting things for trial.  They make a fan out of me and I want everything!

*This is a sponsored post, but the opinions are all mine!*

Under eye circles Begone – With A Genius Mask from VII Code