Saturday was a gorgeous day in NYC, slightly windy, temps in the 70s, sun shining down – basically perfect for being outside.  Of course, one should remember that if you have that idea, so does everyone else in the city.  I thought I was the only one with this grand idea.  Oh no.  Not at all. 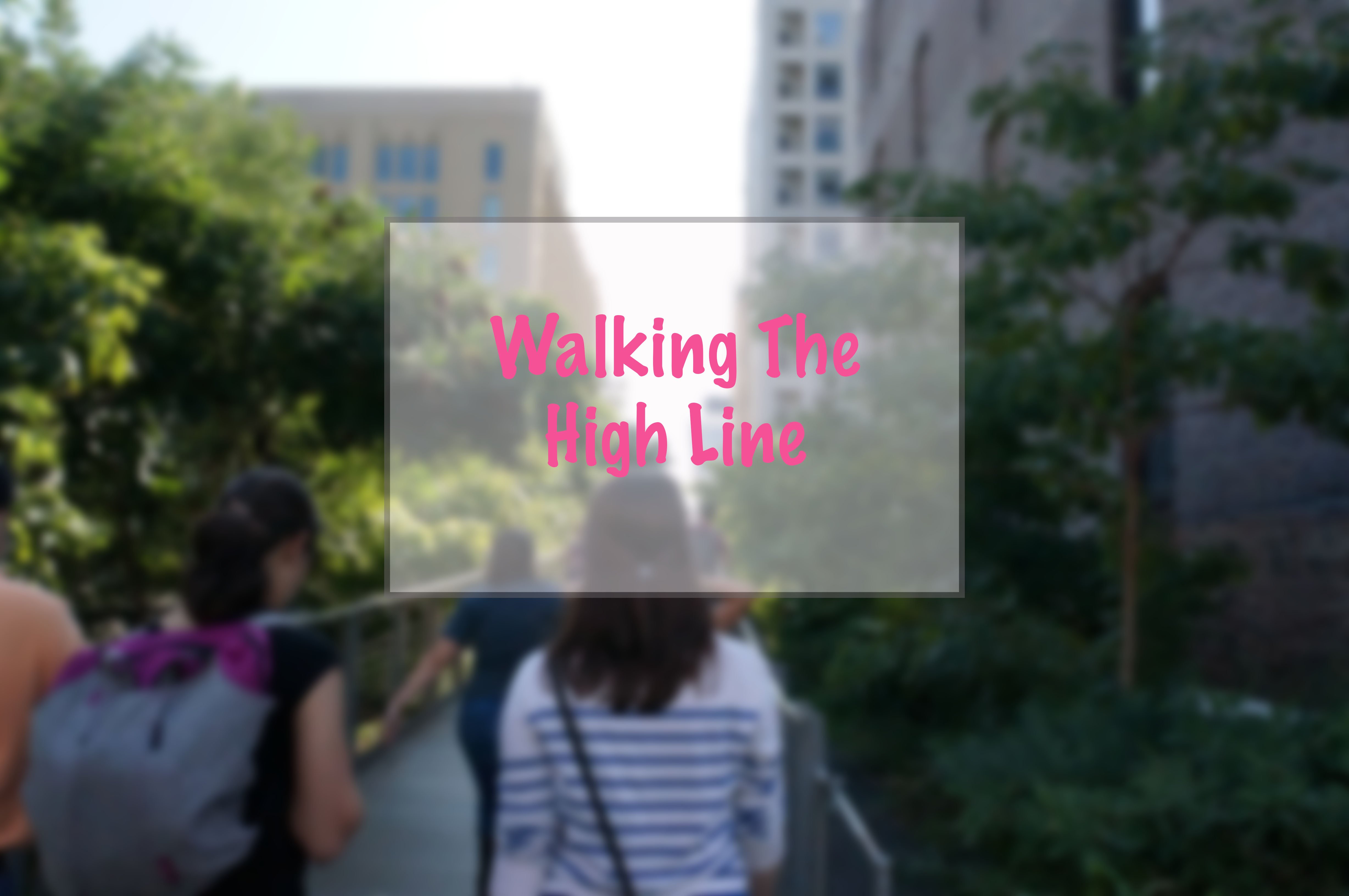 So what’s this High Line, you might be asking.  It is an elevated park built on the remnants of an old subway track that was elevated.  Sort of similar to the El line in Chicago.  Here in NY it’s been out of commission since 1980, according to the website.  It was turned into a park and the first section opened to the public on June 9, 2009.

Of course, I don’t think the Friends of the High Line were ready for the popularity of the park.  It seems to be an Instagrammer’s dream, as evidenced by the multitude of pictures I saw last week during Fashion Week!  I’ve lived here for 4 years and hadn’t visited — that all changed on Saturday. 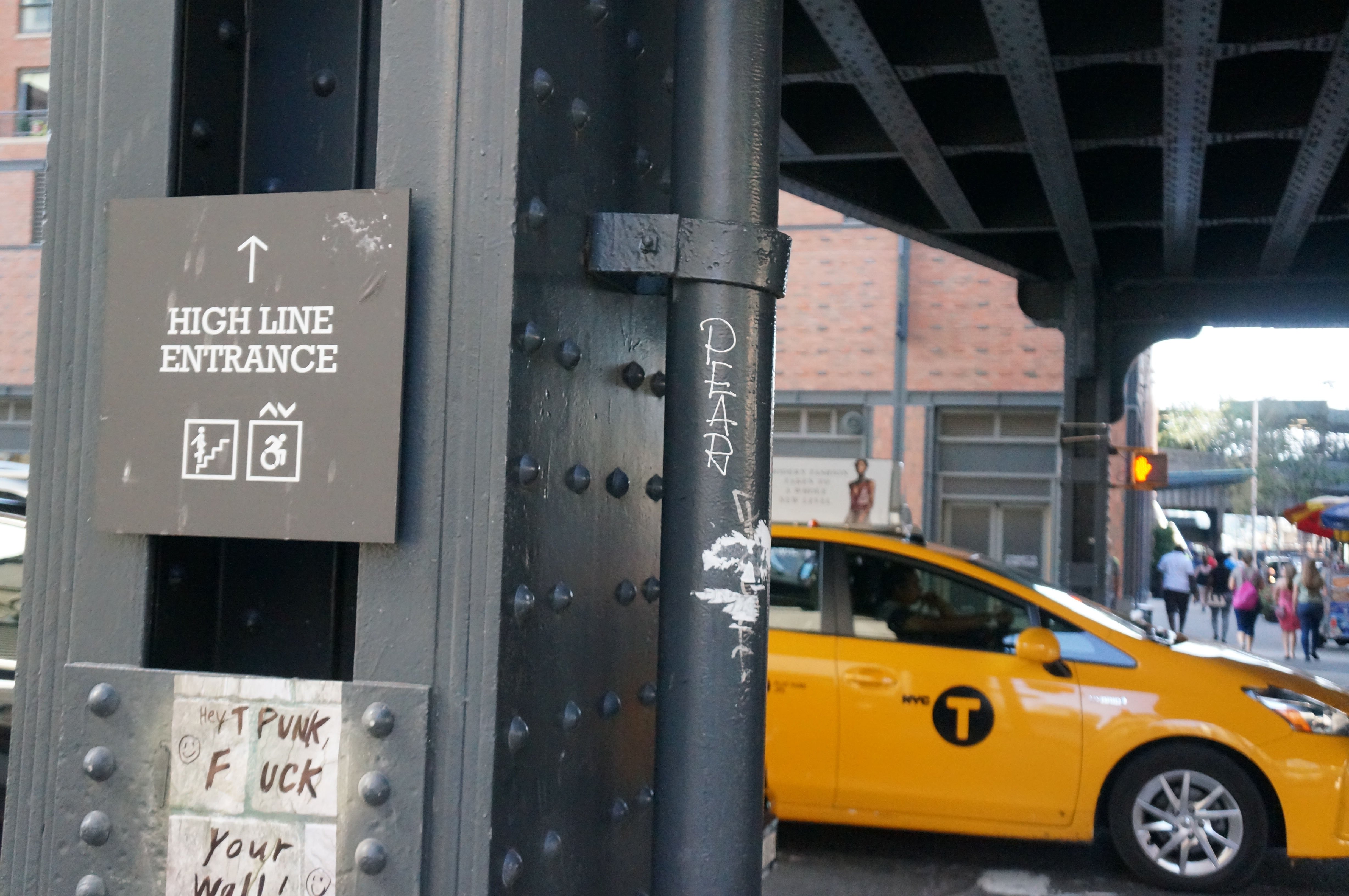 I must say, it was not what I expected.  I didn’t realize the walkway would be so narrow.  I started at the 30th Street entrance.  For those wondering, there is an elevator there as well as stairs. 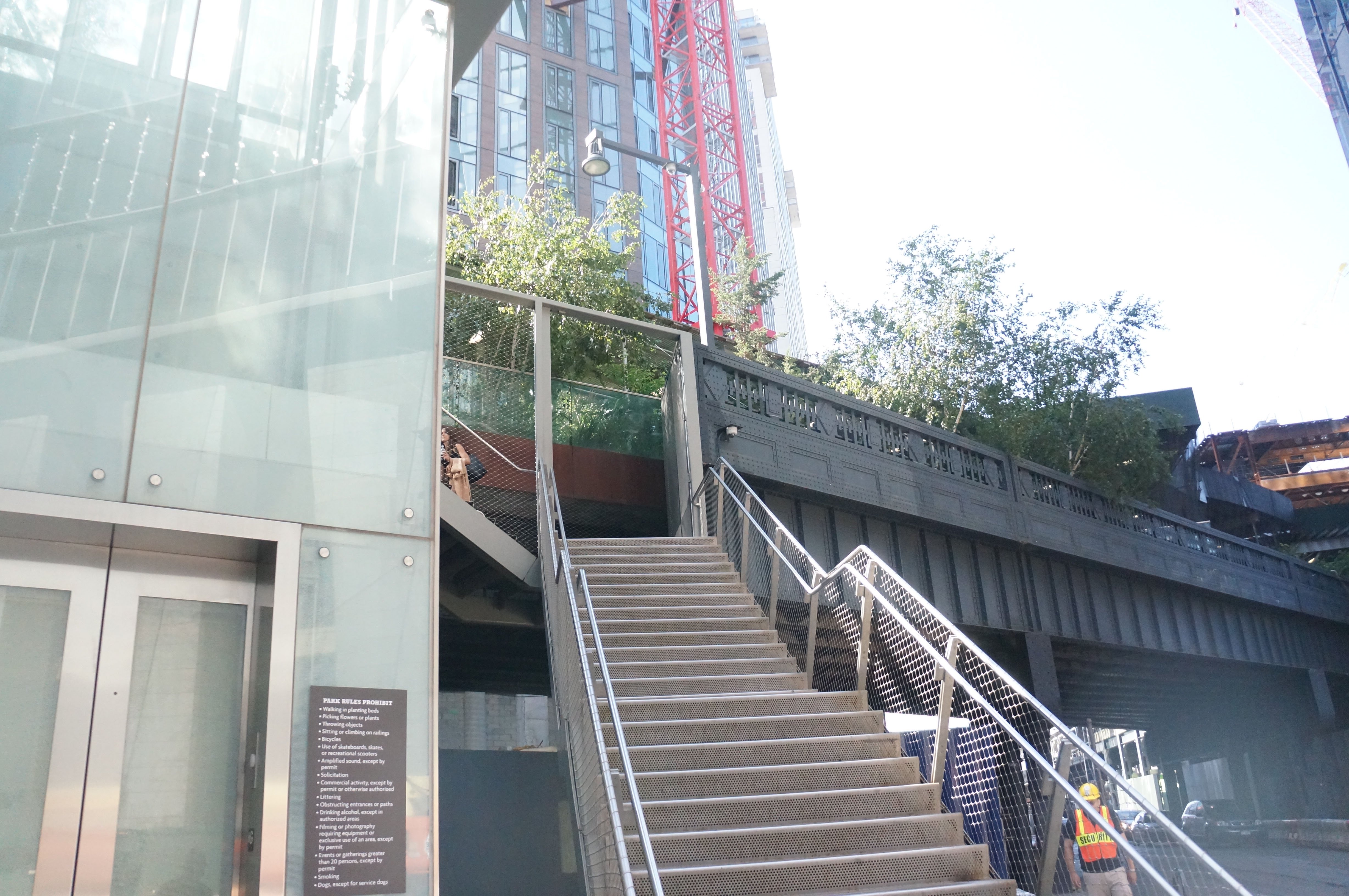 When I made it to the top of the High Line, it was like I stepped into a garden in the air.  I know it’s not really in the air, but it feels like it, since you’re up higher, peering into windows of buildings that could be apartments.  As you can see below, there are lovely wooden benches lining the sides of the walkway, so you can sit and bask in the garden.  Unfortunately, there is scaffolding part of the way. 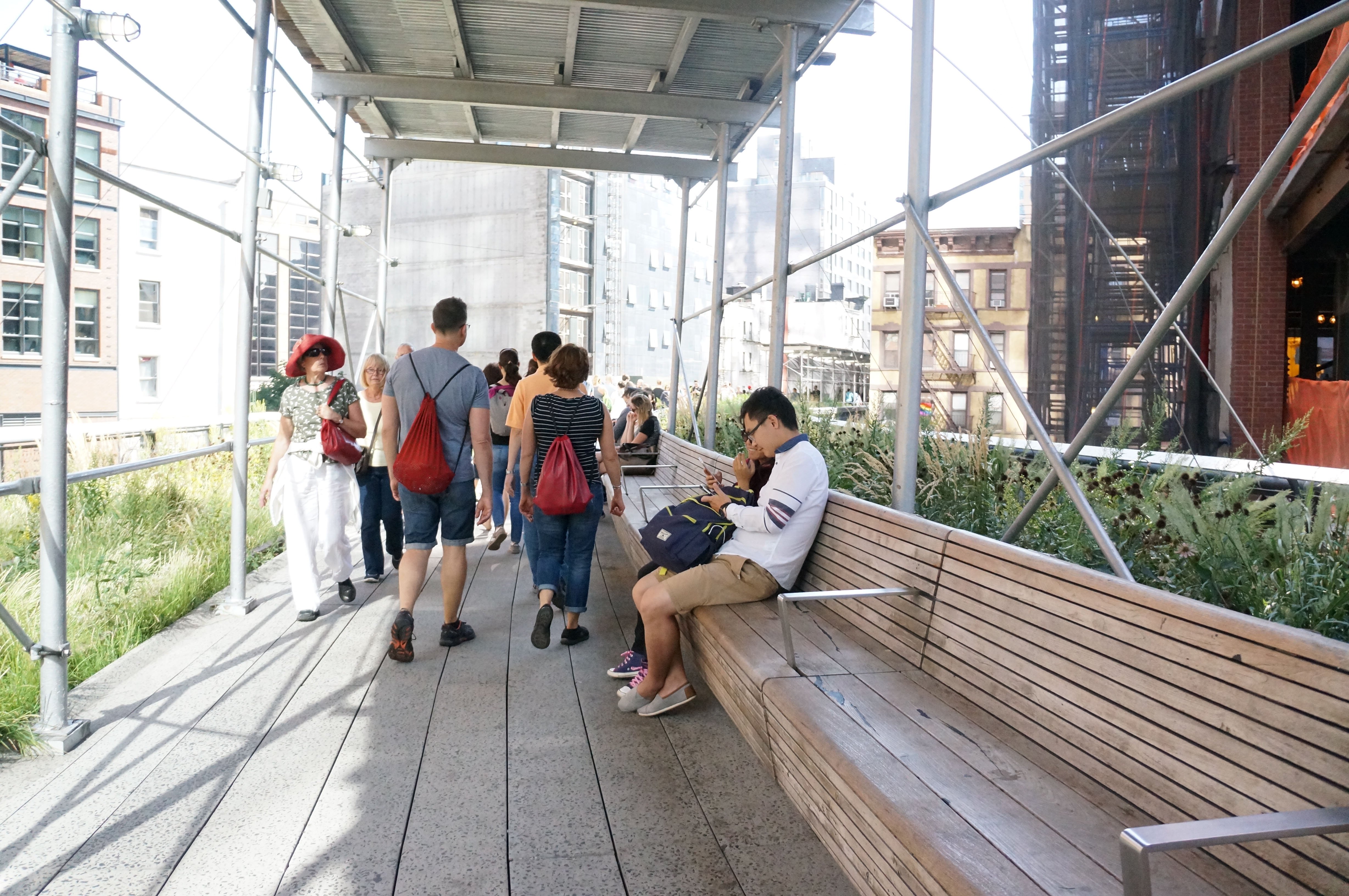 As I looked at the grass, the graffiti billboards also caught my eye.  The colors and the movement were a nice juxtaposition to the dancing grass in the foreground. 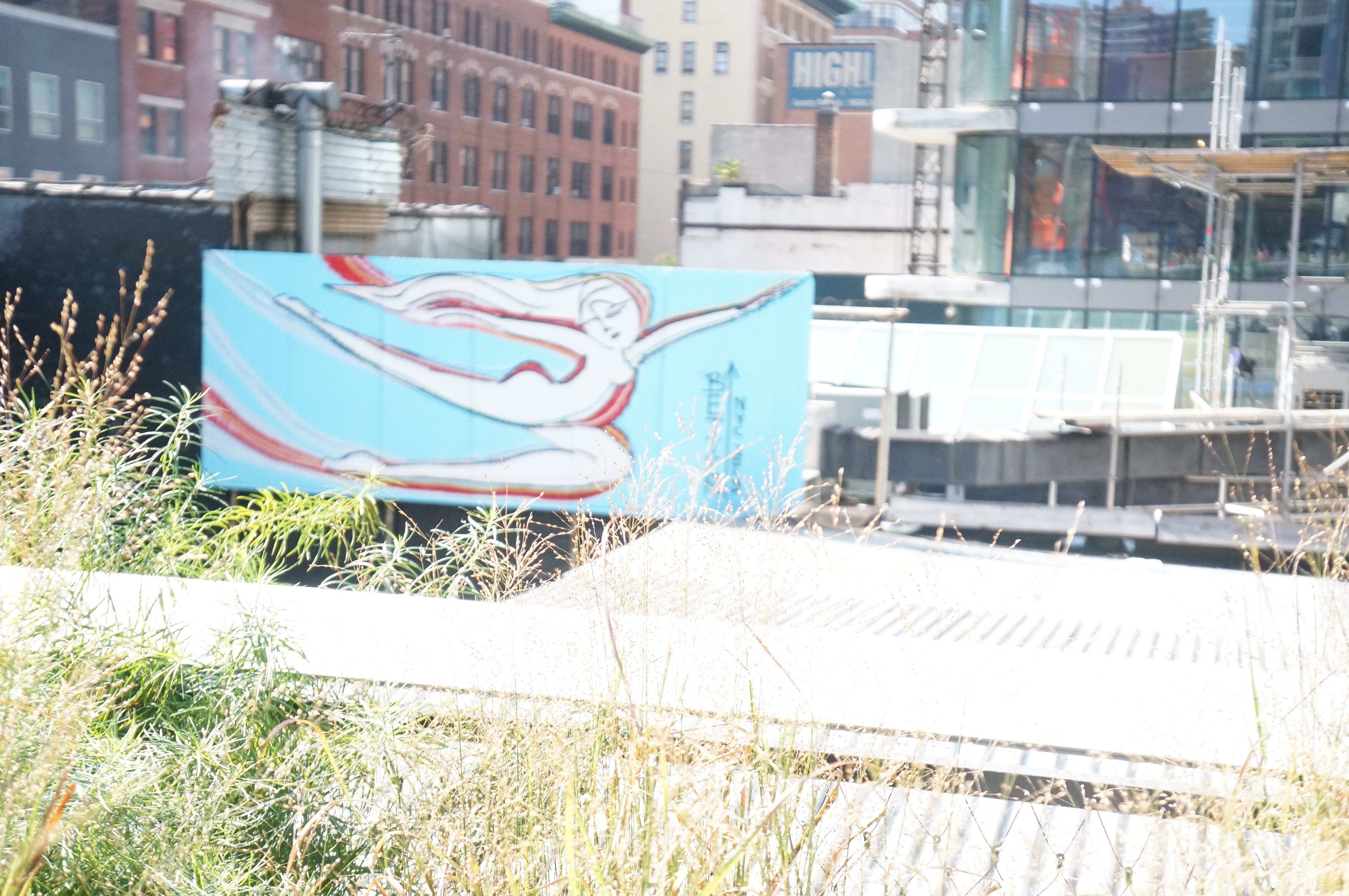 Not only was there grass, foliage, plants and trees, every so often there were different sculptures, like this one: a car made of rubber. 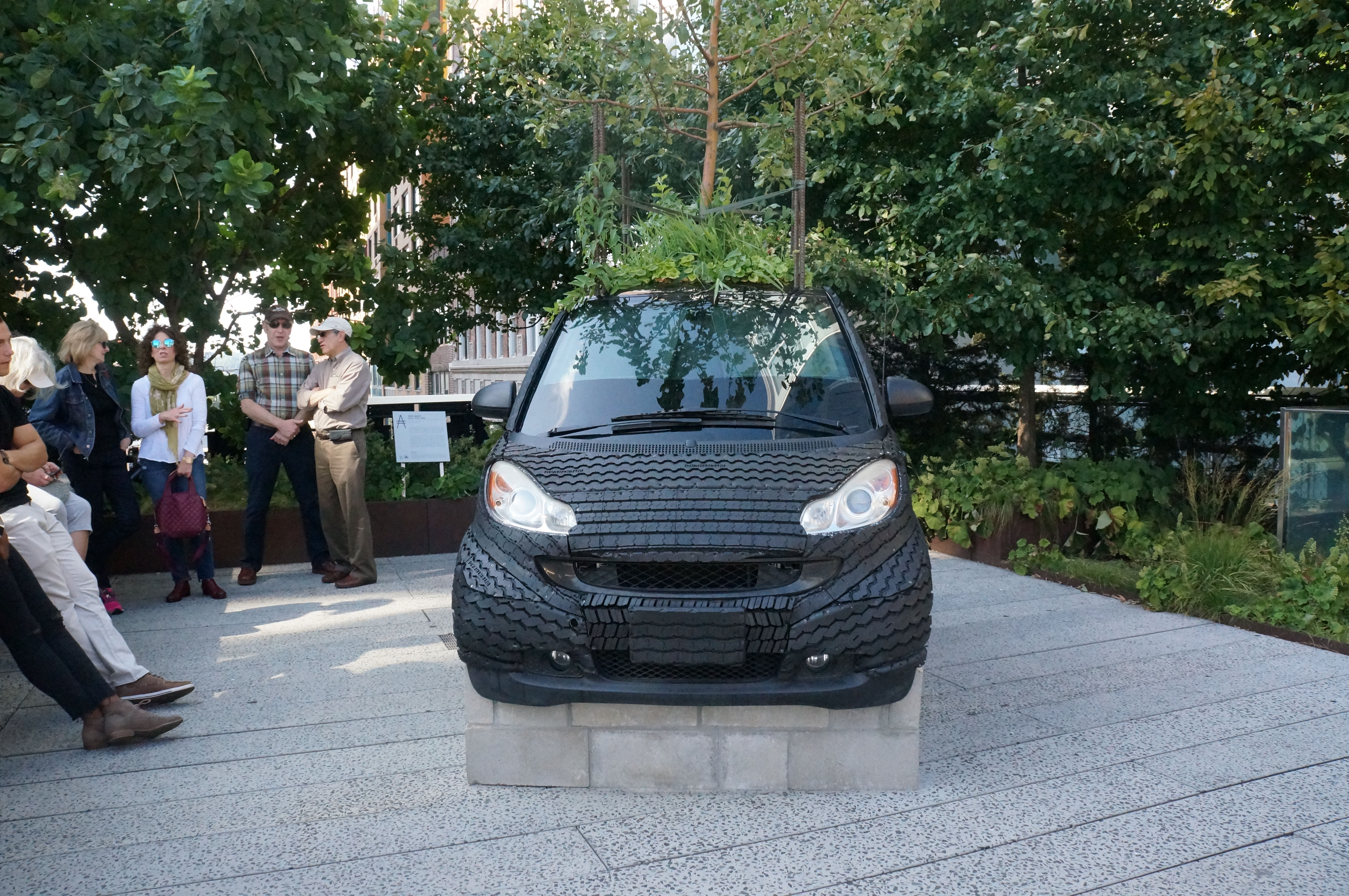 This graffiti wall caught my eye.  I love the phrase: Blind Idealism Is Deadly.  I also think the location, being on the High Line, is hilarious.  However, it seemed like no one else really paid much attention to it. 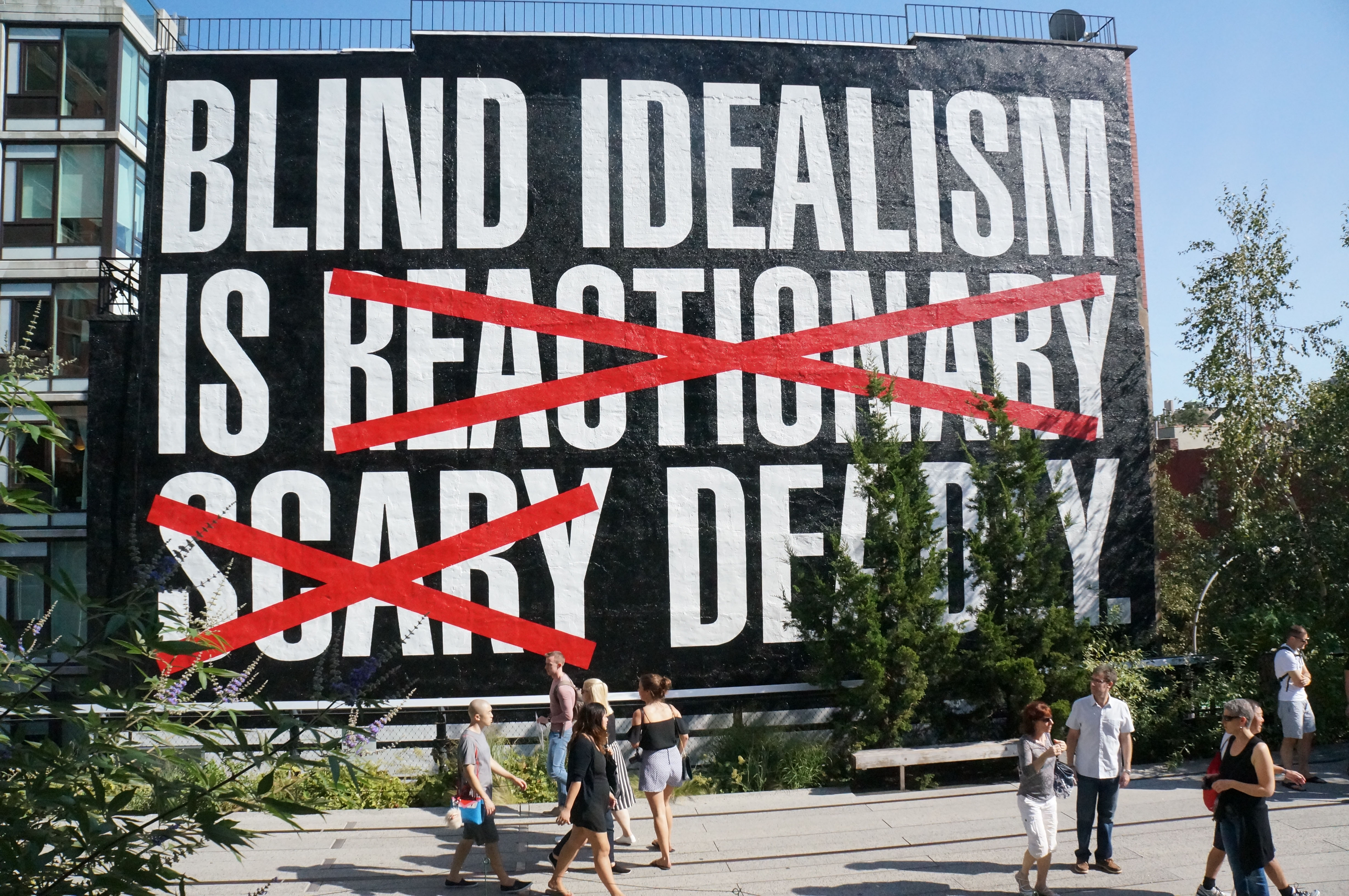 Most people who were on the High Line were just chillin’ and laxing, as you can see from the picture below. 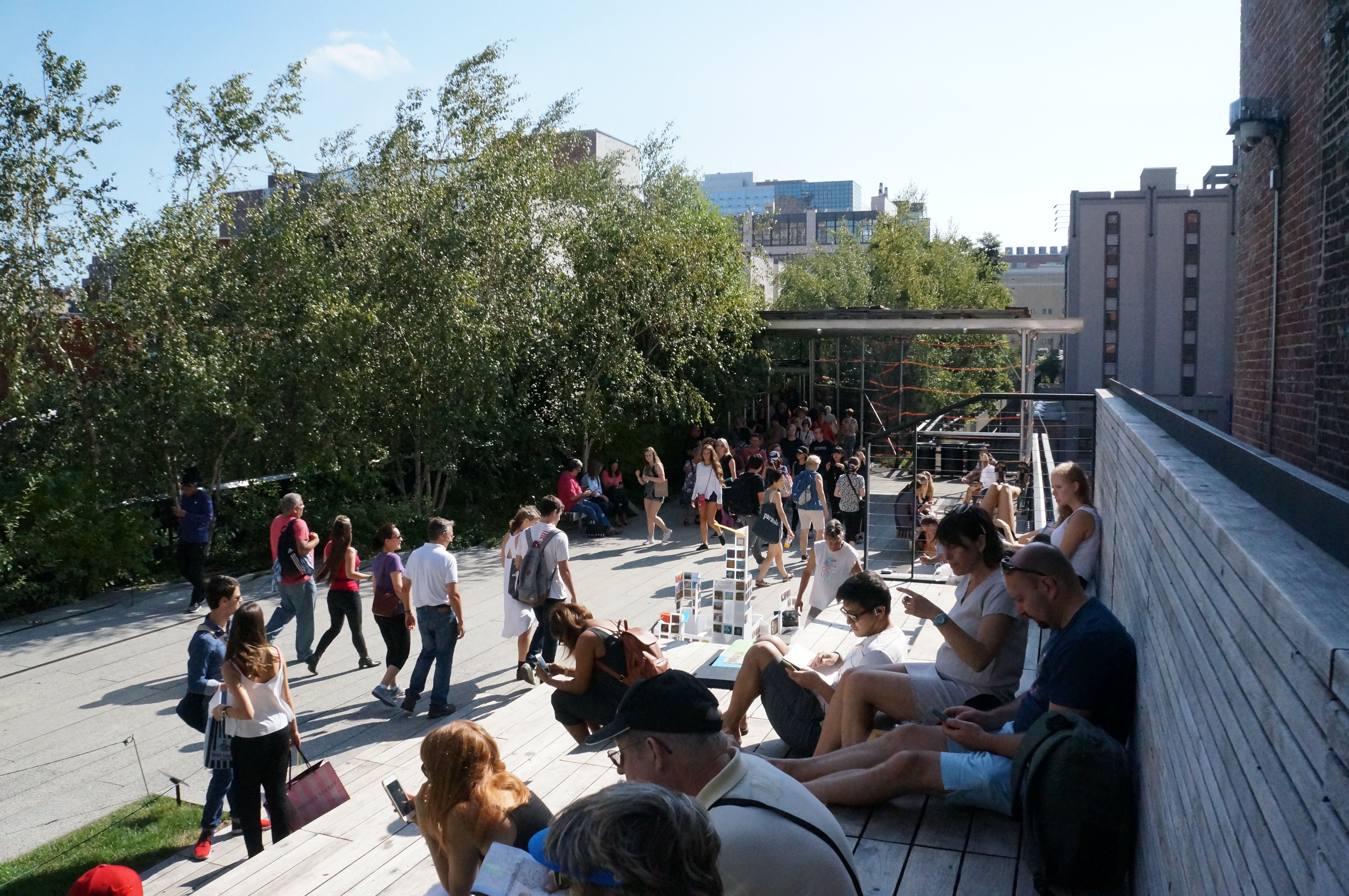 One of my favorite parts was looking down at the cars all lined up below us. 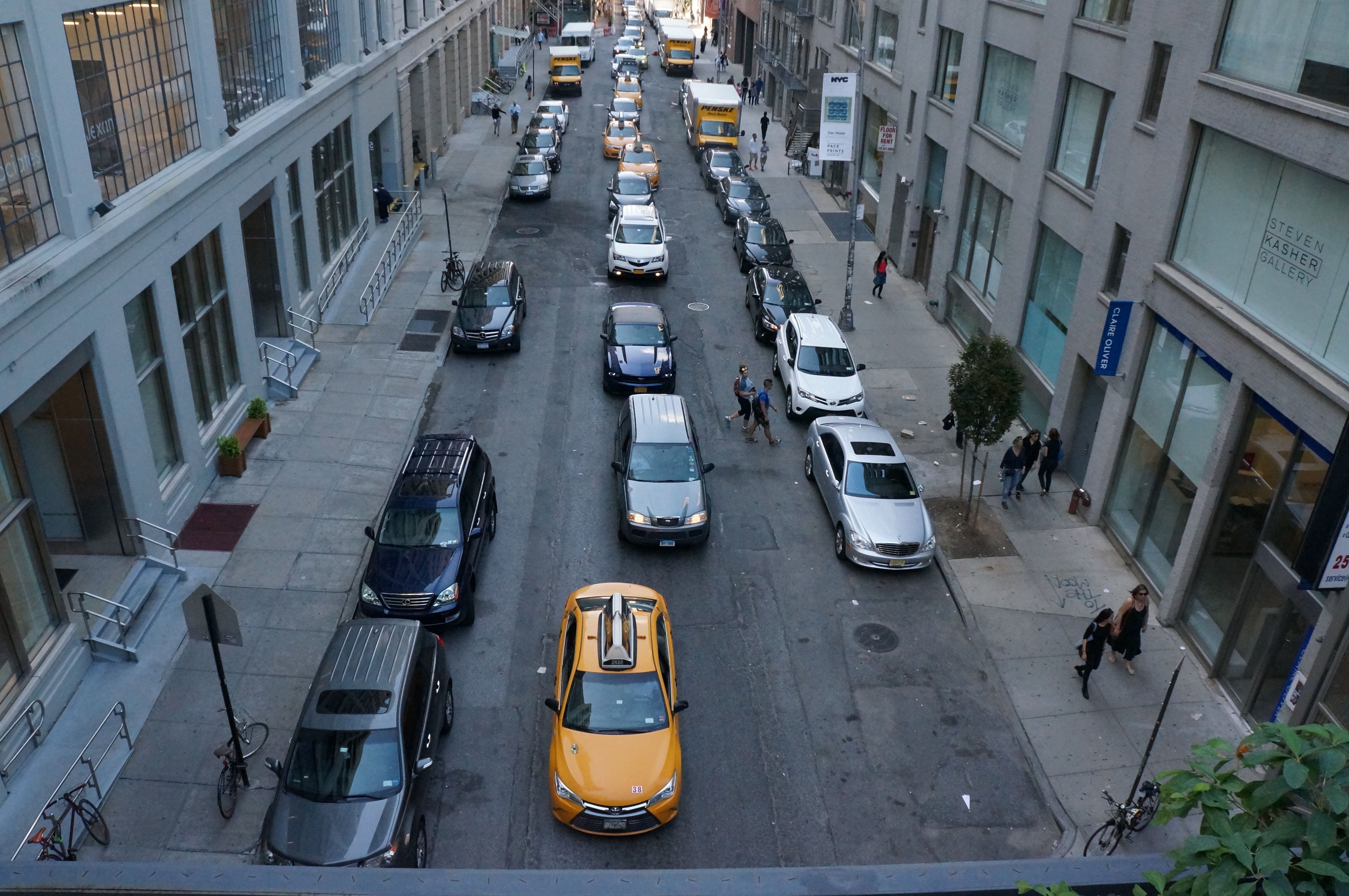 There’s an area under a building that houses a shopping and eating area.  It was packed!  You can only see a bit in the pictures below because it was so crowded. 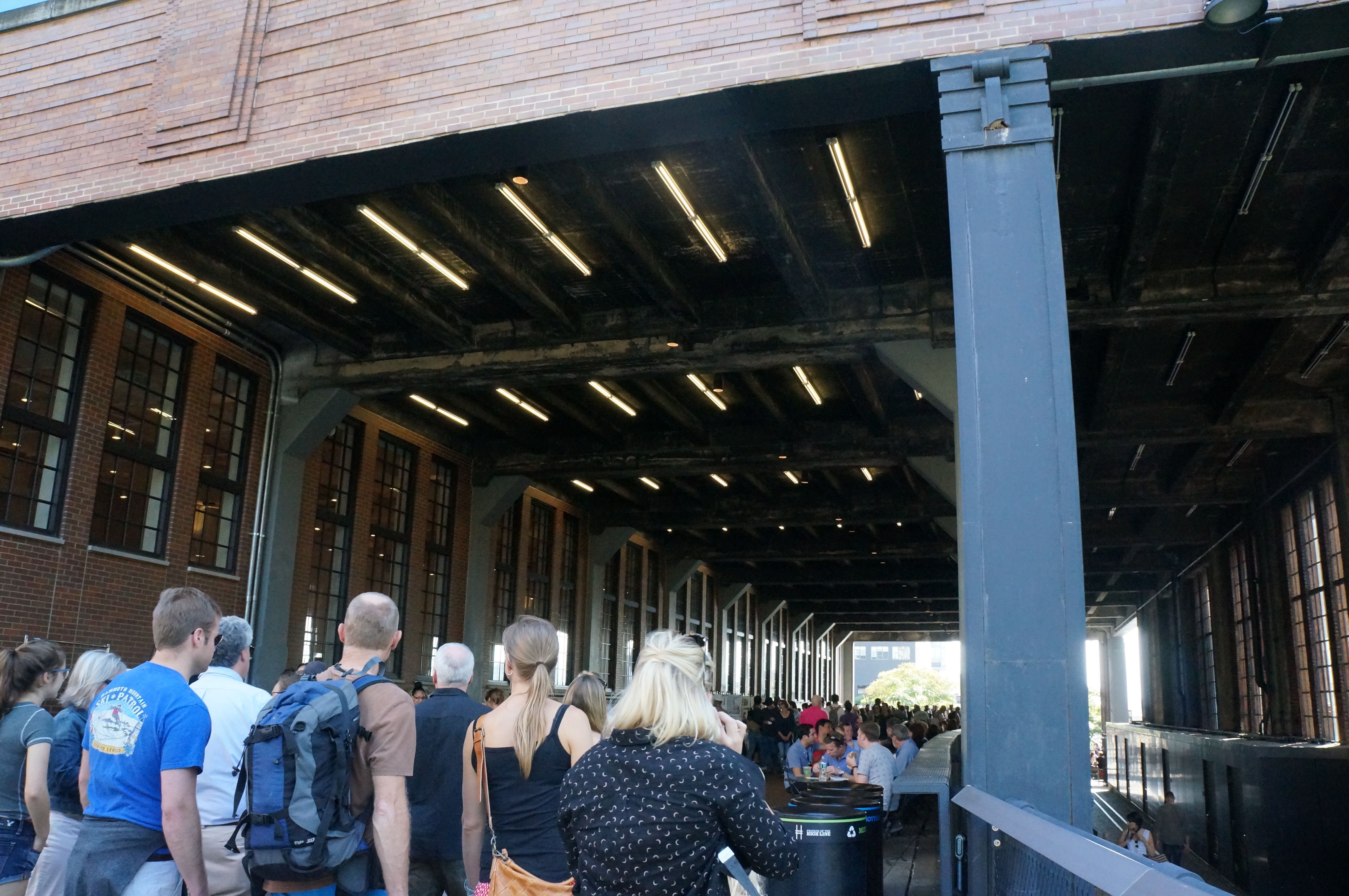 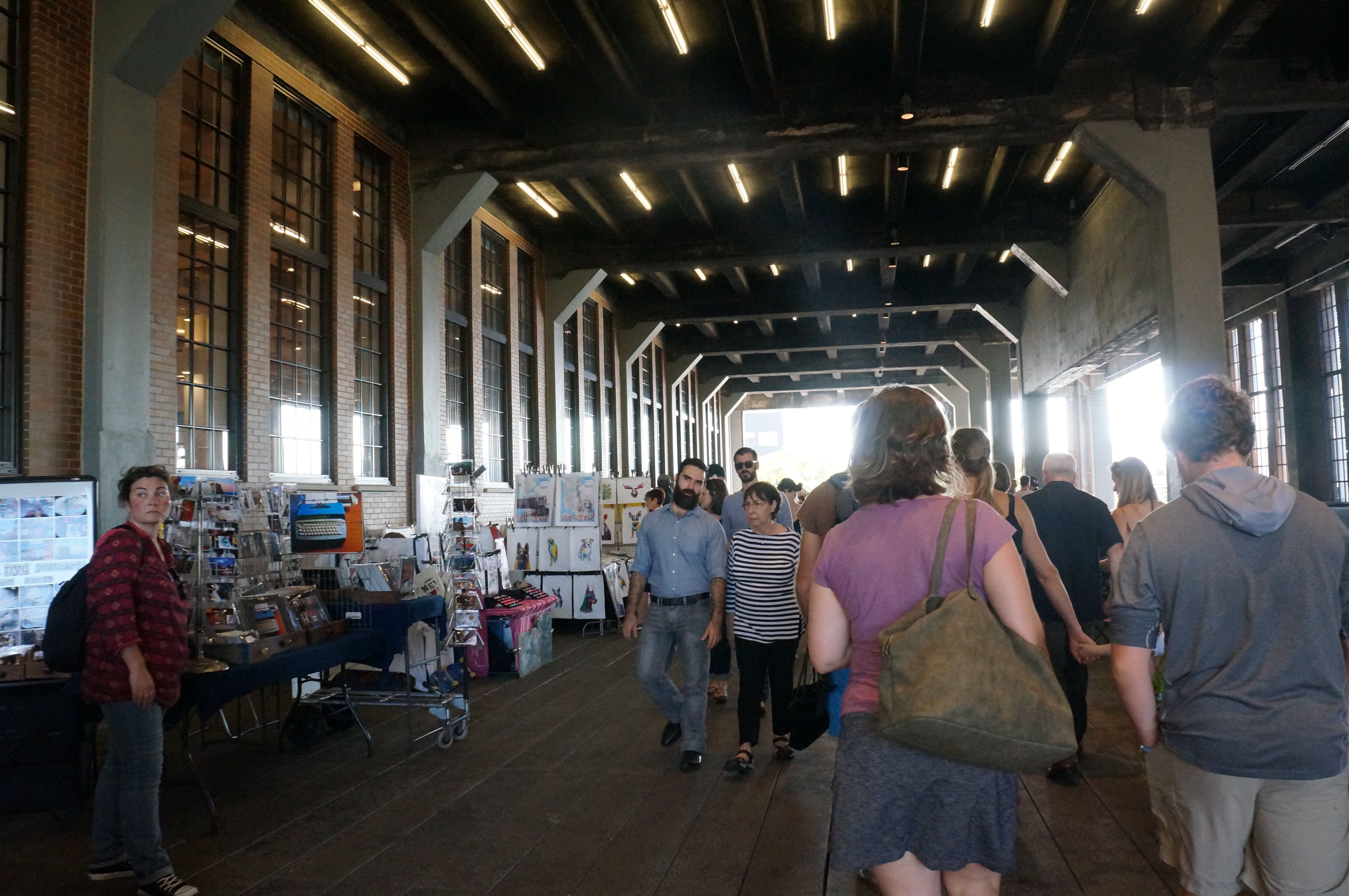 This was my favorite picture I took from the High Line.  I was surprised more people weren’t taking the same pic.  I could have used a better lens, so I could have zoomed in on the Statue of Liberty, but hey, if you look hard, you can make it out.  I love the way the walkways between the buildings sort of frame her. 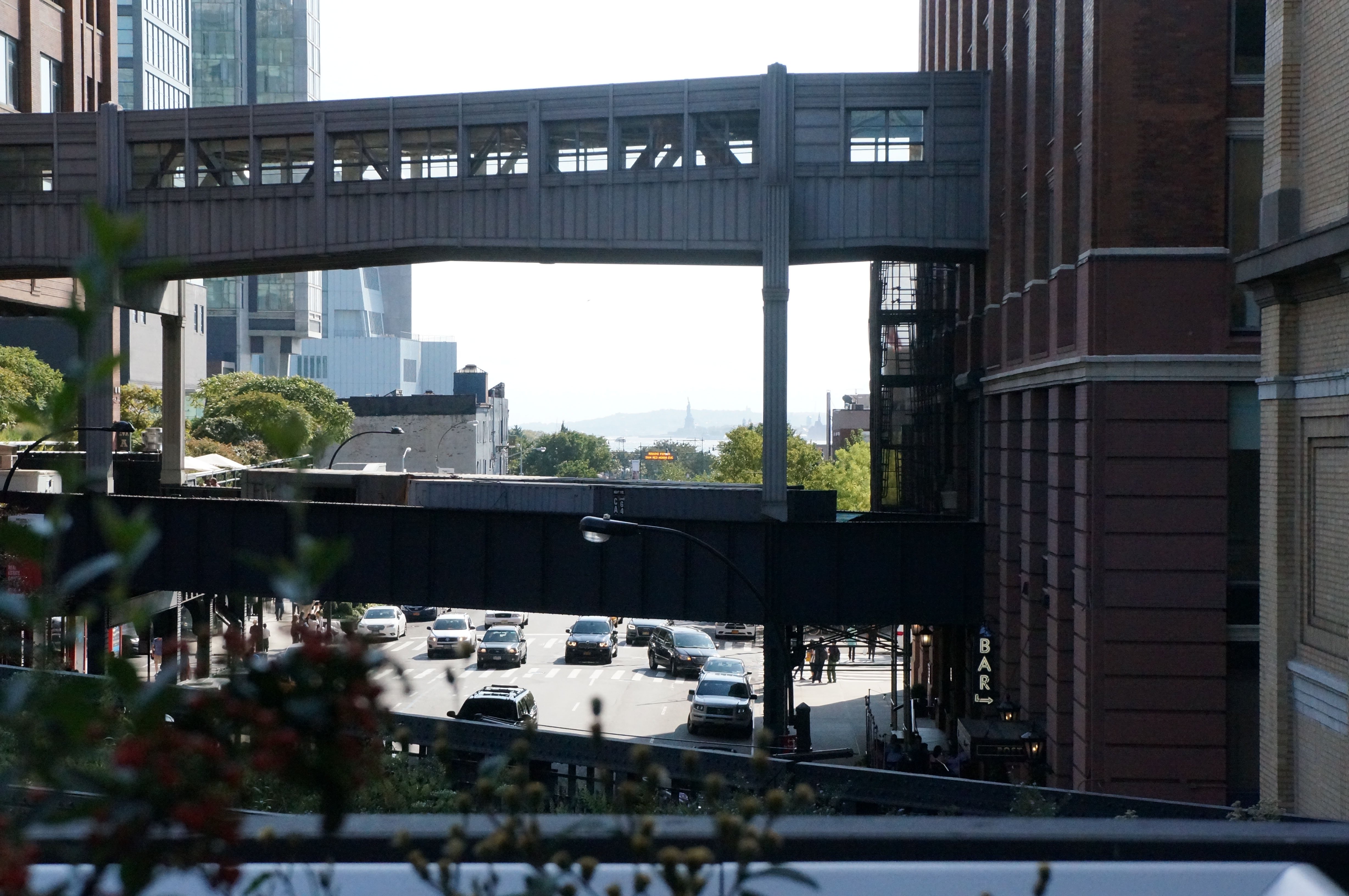 I would recommend visiting the High Line after a meal.  It feels like a great activity for when you’ve had too much to eat and need to walk it off.  You can promenade the length (1.45-miles) as you chat to your friends and work off your decadent meal.  I call that a win, not sure about you!